By Saniya Bulatkulova in Kazakhstan Region Profiles: A Deep Dive Into the Heart of Central Asia, Tourism on 15 January 2023

ASTANA – The Buyratau National Nature Park is still not as popular as conservation areas located in the southern and western parts of the country. Still, it is definitely worth a visit because some real wonders of nature are hidden there. 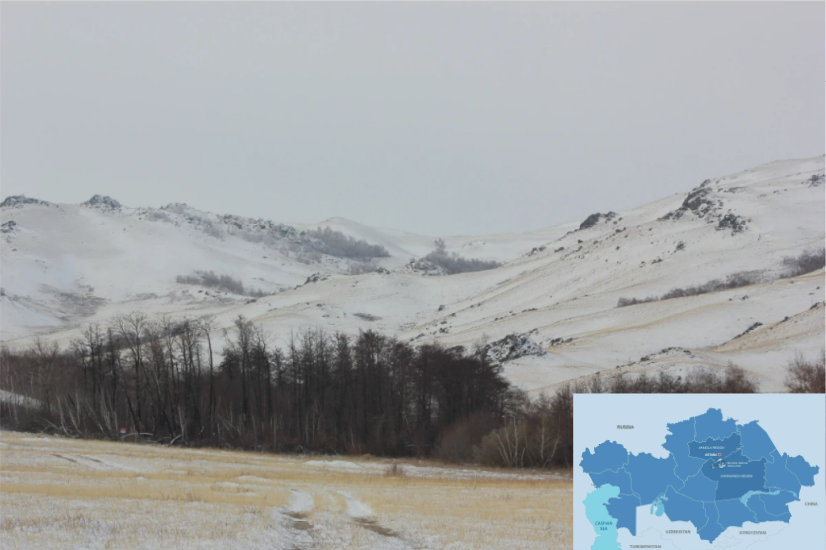 Established in 2011, it is the 12th national park in Kazakhstan and extends over 88,968 hectares. 610 plant species, 55 mammal species, and 160 bird species coexist in the forest and steppe ecosystems of the Akmola and Karagandy Regions.

The largest enclosure in Central Kazakhstan with an area of 400 hectares is located in the park’s Belodymovsky branch in the Karagandy Region and shelters one of the rarest animals in the country – red deer, whose antlers are highly appreciated due to their healing properties and used for making various medications. 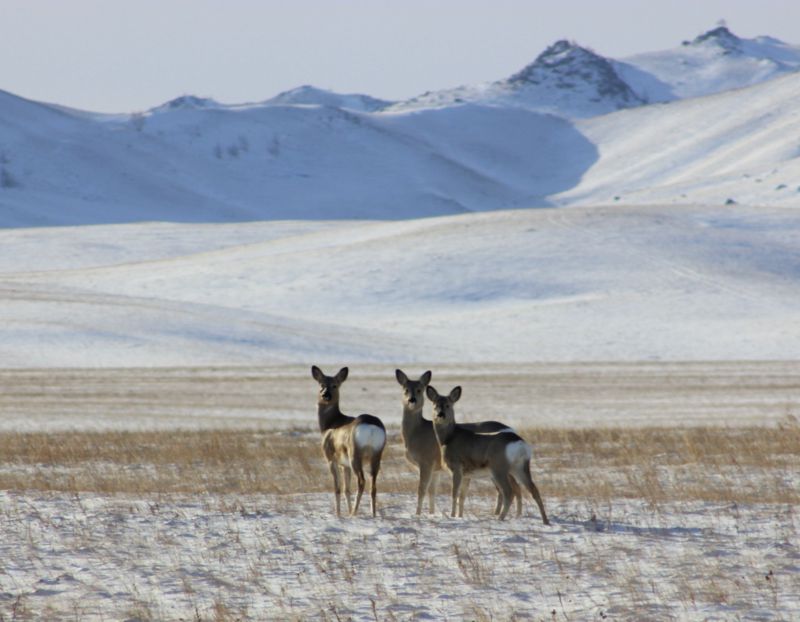 The park’s head hunting expert Mikhail Makukhin said in an interview with Zakon.kz agency that he has not witnessed any poaching incident over the past 20 years as the animals are kept under strict guard. 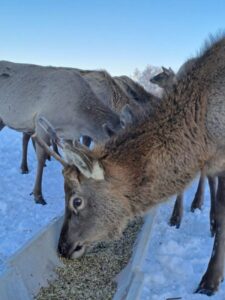 According to Zakon.kz agency, 40 young individuals were brought from Burabai National Park, Karkaraly National Park and East Kazakhstan Region to Buyratau in 2001, but four animals died and only 36 individuals reached the enclosure.

In 2006, their number increased to 69 individuals, after which 19 of them were released. In 2009, 148 animals resided in the Belodymovsky branch and the current number of animals is close to 500.

Over all these years, approximately 300 individuals have been released into the wildlife of Kazakhstan.

To communicate with the red deer as closely as possible and feed them by hand with carrots or apples, it is better to arrive at the park in winter as animals that were released some years ago come back to enjoy a treat given by the park employees and tourists at this time of year.

Bisons that can weigh several hundred kilograms are the other stars of the park. 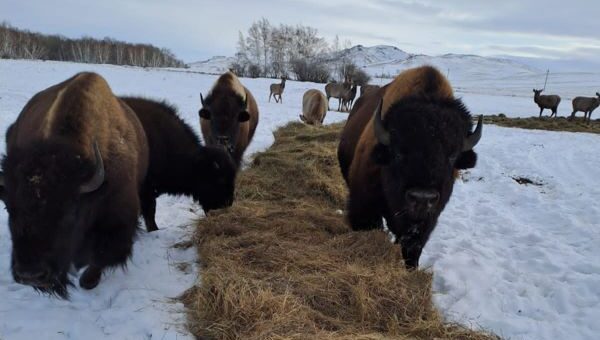 It was reported that 10 bison were brought to the reserve three years ago, and had their first offspring this year.

Park visitors can observe these animals at a short distance while caretakers lay hay for them on the snow.

Other attractions of the park

Apart from red deer and bisons, mountain sheep listed in the country’s Red Book are found in the national park, but it is much more difficult to see them because of their shyness and isolation. There are also roe deer, wolves, foxes, moose, boars, hares and many birds, including falcons, golden eagles and partridges.

Another well-known resting place in the Belodymovsky tourist route is the Kara-Agash tract, where a relic black alder, which is included in the Red Book, grows. There is also Kara-Agash spring, whose waters are considered to be healing. Its crystal clear water does not freeze even in severe frosts. 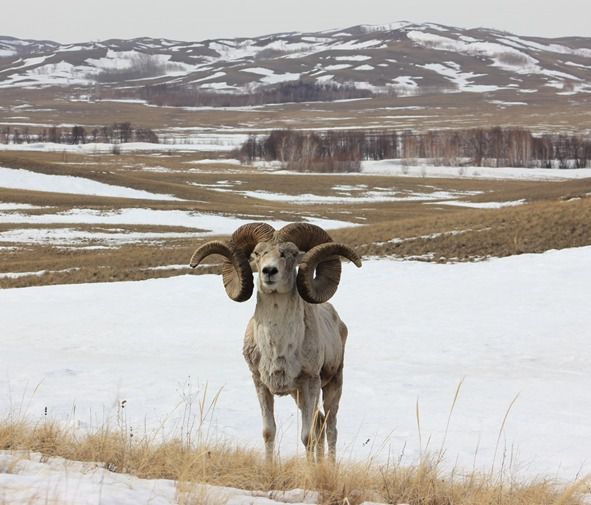 The second part of the reserve called Yerementau is located 140 kilometers away from the capital and offers tourists the chance to explore the terrain on three routes  – Togyz Shoshak (Nine Sandy Mounds), Karagaily (Pine Area) and Zhuz Bulak Olkesi (Hundred Springs Edge).

The Togyz Shoshak route stands out for its rocky mountains that form a beautiful exotic landscape. The reserve received its name Buyratau, which translates as “curly mountains” from Kazakh, for their bizarre shapes.

“Yerementau branch is famous for its lithophyte rocks. Local nature is very similar to Burabai and Bayanaul. There is a pine forest. When you see these rocks, you can identify various shapes. It depends on your fantasy. There is also a rock similar to the head of Baba Yaga, an ugly aged woman from Slavic folklore, as in Bayanaul. We also have such stones,” said national park outreach and tourism engineer Liliya Konysova.

The Karagaily route attracted special fame as its territory runs beside the ancient burial mounds of the Bronze Age.

“The grave of a 12-year-old boy was found in the mound. Scientists found that he was buried with shamanism rituals. They put a lamp on the boy’s grave. According to scientists, he needed a lamp to light his way in the afterlife. There was also the bridle of his beloved horse and various utensils,” noted Konysova.