ASTANA – The youth of Central Asia cooperated to strengthen regional ties between countries and resolve issues of interethnic importance at the Young Voices of Central Asia conference in mid-November in Samarkand. 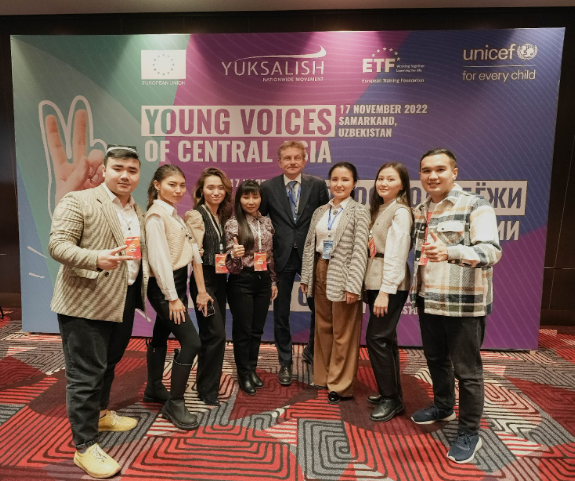 Participants and EU members from Kazakhstan.

The Youth Dialogue created a platform to make the voices of young people heard from five Central Asian countries.

Young delegates were divided into four thematic areas and expressed their opinions and suggestions on expanding the opportunities and actions in the areas of digitalization, climate change, gender equality, and access to education throughout the region. 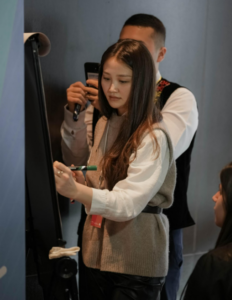 The author during the team work.

As a specialist in Land management and Cartography, I was strongly aware of the environmental problems of Central Asia and the impact of climate change on the region. The meeting allowed me to present the Aral Sea Disaster issues from my own perspective by using GIS technologies and give solutions to restore the economy and environment of the region. The main issue our team put on the table regarding the sea region was the unreasonable use of clean water (waste) because of irrigation. The suggestion that we made is to make a policy on the prevention of the waste of water (adapting the practice of Singapore on water tanks). Secondly, as global warming progresses and the direct sunlight level in the drought areas of the Aral Sea basin is high. Hence, we can work with GIS technologies to identify places with a high level of ultraviolet light (from the Sun) to build solar panels on them. It can serve the whole region with a cheaper power source and environmentally friendly way of energy.

The event was attended by high-level speakers, as well as EU Ambassador to Uzbekistan Charlotte Adrian, who noted that the EU firmly advocates the promotion of a culture of diverse participation of young people in policy-making processes. “We must ensure that young people have equal access to opportunities. Only then will Central Asia be able to maximize its potential,” she said.

A fruitful conference continued by announcing the EU-funded DARYA project, implemented by the European Training Foundation (ETF) in partnership with stakeholders in Central Asia and EU member states. The official launch of the DARYA project was held in Astana Nov. 22. The objective is about the importance of deepening cooperation in the field of education and the implementation of the first regional vocational education project. 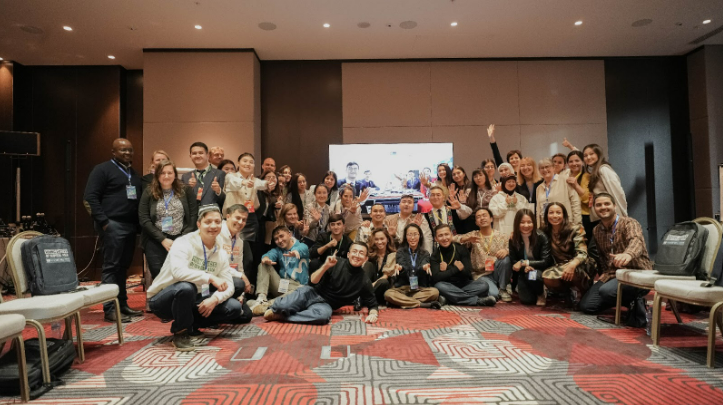 Youth of Central Asia with organizers.

Afterward, Deputy Director-General for International Cooperation and Development Marjeta Jager discussed our points at the event at her meeting with the ministers, and hopefully, work has already started giving its first results by signing the Declaration on Children, Youth, and Climate Action. It marks Uzbekistan, the host country, as the first CIS country, to uphold relevant priorities identified by children and youth.

It was impressive to see how young people are willing to make a contribution and act towards building a sustainable future in the region and the whole world. Not only we had an impactful conversation about the vital topics of our region but we became close friends during that time too. The main aim of the meeting was indeed to gather together all young minds of the region to exchange ideas and to prevent the brain drain of Central Asia.

The author is Nazerke Baktygerey, 22, a graduate and Cartographer at Alau Solutions LLP with great motivation towards using the GIS to solve environmental and social problems.