By Arman Toktushakov, Aida Haidar in Op-Ed on 26 December 2022

ASTANA – The tragic events of January and the country’s socio-political situation revealed that society strongly needs fundamental improvements in the public administration system. This year saw the logical continuation of the systemic political transformation that started in 2019 with President Kassym-Jomart Tokayev’s win in the presidential elections.

In general, the strategic course of President Tokayev, aimed at building a Just Kazakhstan, is the most crucial factor in the comprehensive renewal of the country. The vast majority of Kazakh citizens support the stated course. According to the Institute of World Economics and Politics’ September survey data, nearly 80 percent of Kazakh people polled believe that the country is heading in the right direction.

A large-scale program of political reforms, a constitutional reform voted on by citizens in a referendum, and early presidential elections were among the most key events in domestic political life in 2022. Together they launched the process of rebooting critical governmental institutions. 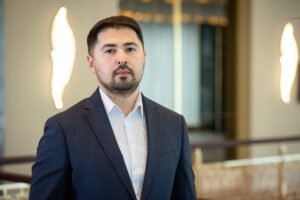 In March, President Tokayev presented a large-scale program of political reforms. They included moving away from the excessive concentration of presidential powers, strengthening the Parliament, simplifying the procedure for registering parties, enhancing the role of local governments, and improving the judicial and law enforcement systems.

One of the key directions is the construction of a hybrid proportional-majority electoral system with a 70 to 30 ratio in the Mazhilis (a lower chamber of the Kazakh Parliament) and a 50 to 50 ratio in the regional Maslikhats (local representative bodies) to form a more harmonious electoral model that considers the rights of all citizens.

In particular, those who are not party members can be elected to the highest representative body through single-mandate constituencies. At the same time, parties will remain essential for expressing voters’ views while maintaining the election method based on party lists.

Simultaneously, an entire majority voting system is being implemented in district and city maslikhats. This technique will promote greater engagement between deputies and the local community, improve the quality of maslikhats, and radically alter the relationship between the executive and regional representatives. Another significant initiative was the strengthening of the party system. 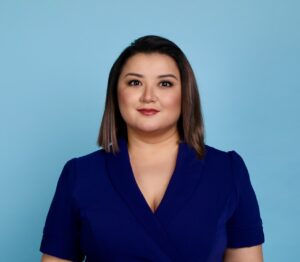 The logical next step was to simplify the registration process for political parties, including lowering the registration threshold from 20,000 to 5,000 members. This is done with the expectation that the country’s political life will become more vibrant, contributing to establishing new parties and transforming existing ones. The adoption of these reforms should have a favorable impact on the country’s democratization processes, the strengthening of parliamentarism, and the existence of a multi-party system.

June Referendum on Amendments to the Constitution of Kazakhstan

As a result of the June referendum, 56 modifications were presented in 33 articles of the Kazakh Constitution, modifying a third of the document. The amendments, supported by 77 percent of residents, with a 68 percent turnout, changed essential aspects of the country’s main document, including enhancing the mechanism for safeguarding citizens’ rights, expanding the role and stature of Parliament, strengthening local governments, the demonopolization of power, and promoting competition.

It is essential to point out that on Nov. 5, President Tokayev signed a package of laws, including four constitutional laws, which lay the political and legal basis for the new state model of Kazakhstan. The established laws serve as the legal foundation for a “Fair Kazakhstan”, the center of which is strong human rights institutions and political competition.

The elections were held effectively and in a favorable environment. Kassym-Jomart Tokayev won 81.31 percent in the early presidential elections on Nov. 20. Citizens voted for political and economic changes, the announced plan for constructing a Fair Kazakhstan, Kassym-Jomart Tokayev’s personal qualities, and his extensive international experience. Both Kazakh and international observers agree that the elections were a success.

The incumbent President was given a new mandate of public trust, essential for implementing structural reforms in politics and the economy.

This norm, in which the President is elected for a single seven-year term with no right to re-election, establishes an excellent democratic tradition by ensuring a regular turnover of top management, which contributes to the long-term stabilization of the political system and eliminates the risks of monopolization of power.

The systematic reset of all major institutions of power is ongoing. It is carried out in tandem with the political modernization process, which involves systemic changes in the state model. Elections to the Senate will take place on Jan. 14 as part of a phased reset, while elections to the Majilis and maslikhats will take place in the first half of 2023.

Kazakhstan is currently undergoing substantial internal political upheavals aimed at establishing new rules of the game in politics, the economy, and other spheres. State institutions need to undergo qualitative transformation to carry out all planned reforms. This will allow us to focus on tasks such as boosting the economy, improving citizens’ welfare, and the quality of life.

Arman Toktushakov is expert at the Institute of World Economy and Politics (IWEP).