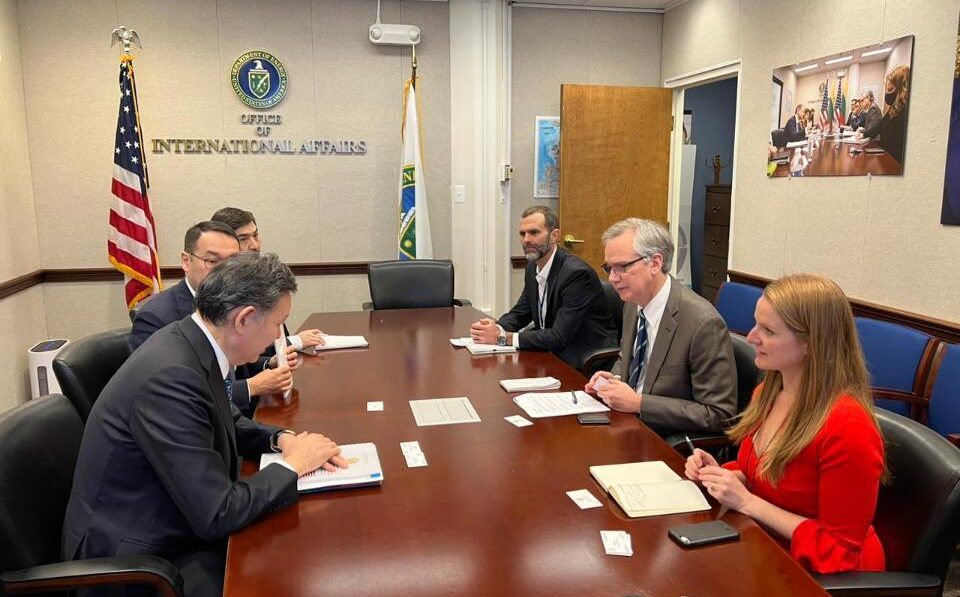 During the visit to Washington, D.C., Umarov met with the leadership of the State Department and the U.S. National Security Council. The parties underlined their determination to strengthen bilateral political dialogue.

Umarov met with the Assistant U.S. Trade Representative Christopher Wilson to discuss the non-discriminatory access of Kazakh products to the U.S. market, protection of intellectual property rights, and development of digital commerce.

During the talks with the Deputy Chairman of the House Foreign Affairs Committee, Michael McCaul, the parties emphasized the importance of inter-parliamentary ties to boost strategic partnership.

During the meeting, the sides addressed the results of joint work in 2022. They outlined ESPD development plans between Kazakhstan and the US, focusing on shared priorities in politics, security, trade, investment, and the human dimension.

The parties agreed that repealing the Jackson-Vanik amendment and establishing permanent trade relations between Kazakhstan and the United States would significantly boost the growth of trade and investment cooperation.

Following the meeting, the parties adopted the Joint Statement of the ESPD.