By Saniya Bulatkulova in Tourism on 25 December 2022

ASTANA – Kazakh scientists announced the results of their archaeological excavations and restoration works carried out as part of a three-year project on the ancient Otyrar city’s partial restoration during a meeting with Kazakh Minister of Culture and Sports Dauren Abayev in the Turkistan Region on Dec. 10, according to the ministry’s press service. 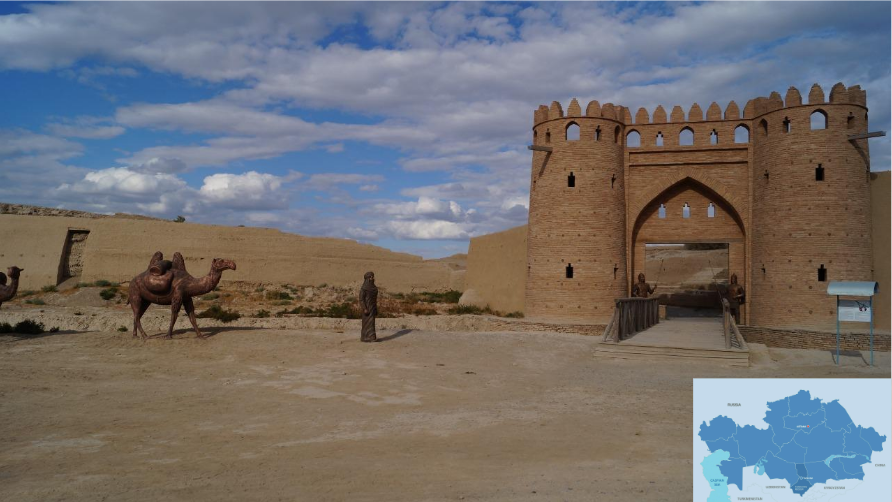 Otyrar settlement in the Turkistan Region. Photo credit: Kazakh Ministry of Culture and Sports. Click to see the map in full size

Otyrar is one of Central Asia’s most ancient cities, whose history dates back 2,000 years. It was a significant cultural and trade center located on one of the main branches of the Great Silk Road. The city is also known as Farab because world-famous philosopher and mathematician Abu Nasr Muhammad Al-Farabi was born and grew up in this area.

The period from the 10th to 12th centuries was a time when urban life flourished and when numerous palaces, bathhouses and mosques appeared. In 1219, the city was besieged by famed Mongolian emperor Genghis Khan’s troops, but it rose from the ruins and became a major trading hub from West to East by the middle of the 13th century. 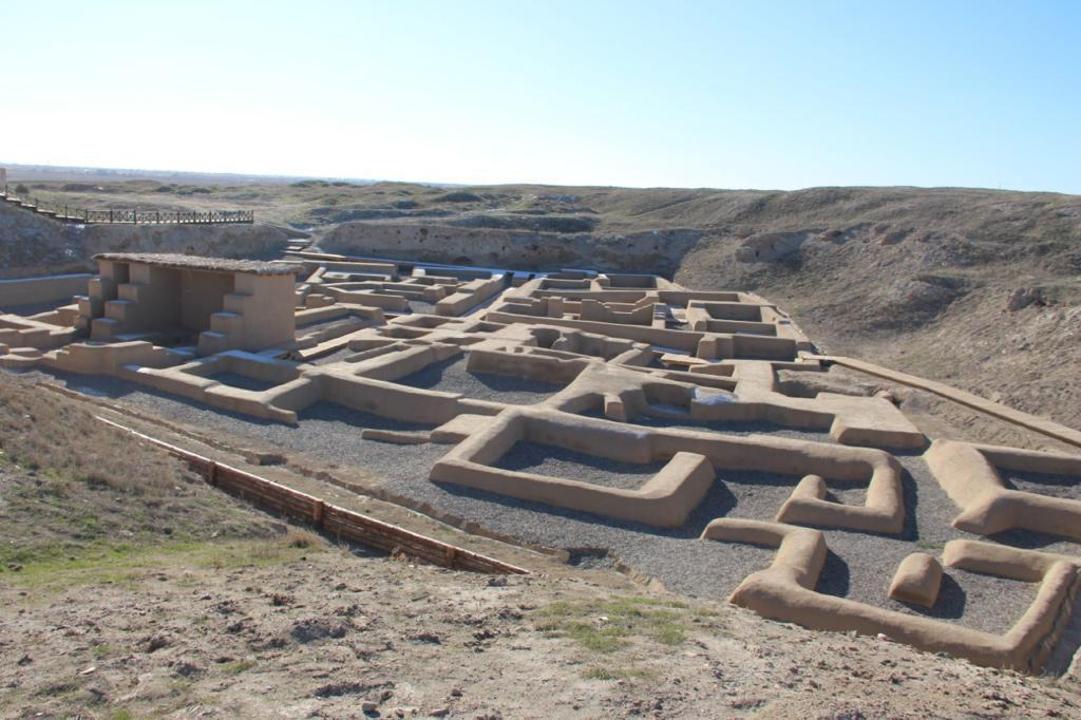 Scientists discovered Hanaka, a shelter for Central Asian Sufism followers, on the territory of the ancient settlement, where they could live and pray. It was built by the ruler of the Ak Orda (White Horde) Yerzen Khan.

They found a dwelling house and pottery, which existed in the 15th and 16th centuries, at the city’s entrance near the Zharakty gate. Some industrial facilities were adjacent to the residential part, while two-chamber pottery stoves and platforms for making and drying ceramic ware were placed under the canopy in front of the house. 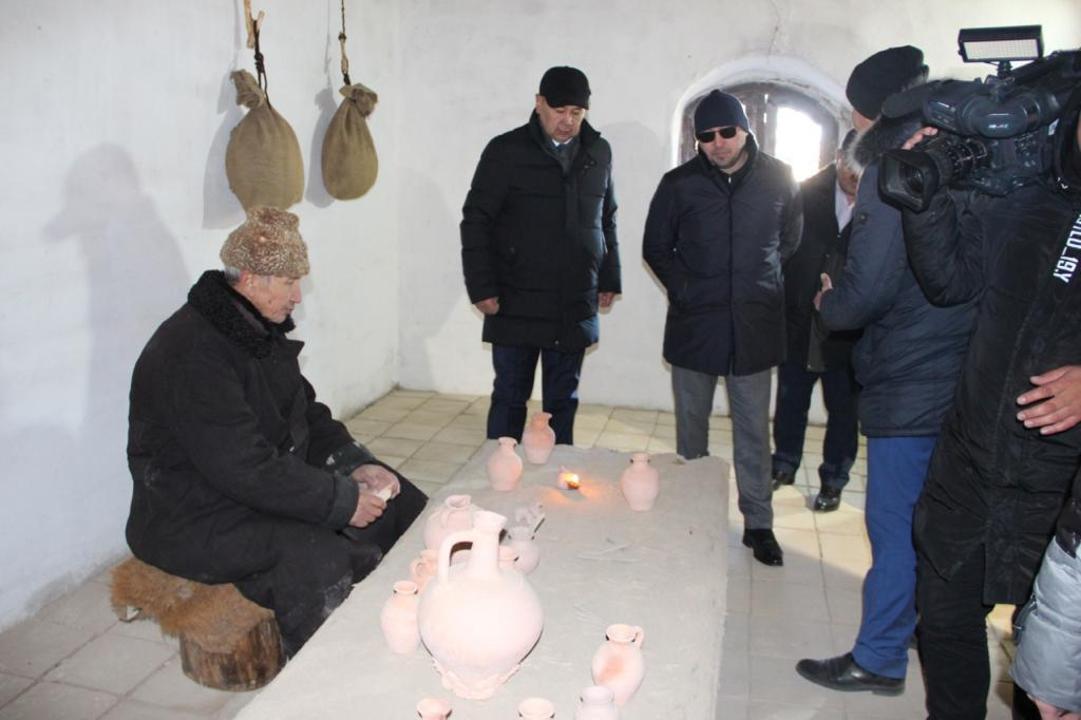 Archaeologists also uncovered a bakery complex and a residential district on a 17th-century market square.

The specialists also partially restored the monumental mosque of burnt brick and Berdibek’s Palace, where Timur, a Turkic and Mongol ruler and founder of the Timurid Empire, hosted Tokhtamysh Khan’s ambassadors at the beginning of the 15th century. They also completely reconstructed the Zharakty gates, the Northern gates and the Sopykhan’s gates. 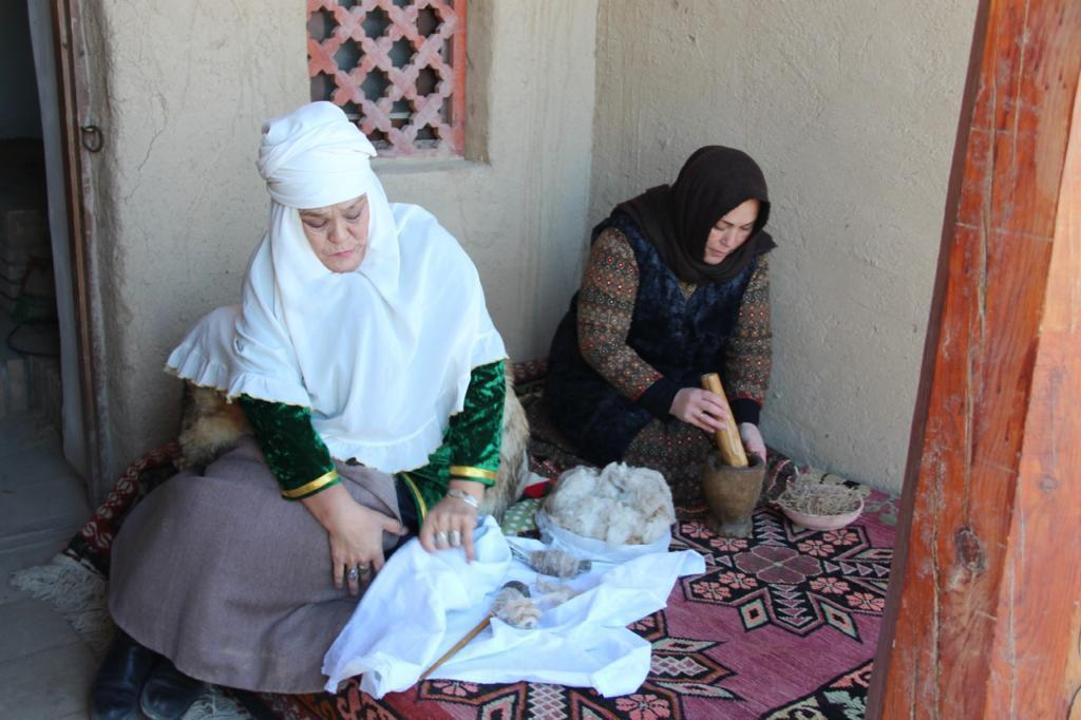 To preserve the monuments and ensure the safety of tourists in the Otyrar settlement, the professionals illuminated the streets with electric lights, paved pedestrian paths for tourists and electric vehicles, installed security cameras and a warning system, and set up benches, fountains, toilets and trash cans.

During his visit to the region, Abayev met with tourist industry representatives and initiated the creation of a tour along the Great Silk Road.

“Grand route on the Great Silk Road will cover Almaty, Taraz, Shymkent, and Turkistan cities and include all major cultural and historical sites of the southern regions. Tourists should be offered a visit to such historical and cultural sites as the mausoleums of Aisha Bibi, Babaji Khatun and Tekturmas in Taraz, Shymkent’s ancient citadel and Ibrahim-ata’ mausoleum as well as the mausoleums of Arystan Baba and Khoja Akhmet Yassawi, Otyrar settlement and Sauran in Turkistan,” noted Abayev.

In response to the minister’s proposal, local tour operators expressed their readiness to create pilgrimage, ethnographic and combined tours along the route lasting from one to six or seven days.