By Staff Report in Business on 6 December 2022

With an ambitious goal – to reach carbon neutrality by 2060, Kazakhstan, in recent years, has brought the share of renewable energy in total electricity production to 4 percent, according to Euronews’ feature report released on Dec.  2.

Astana Expo 2017 is one of the country’s largest wind power plants which is located just 40 kilometers from the Kazakh capital. Its 29 wind turbines produce green energy with a total capacity of 100 megawatts.

According to the Chairman of Central-Asian Electric Power Corporation JSC, Bagdat Oral, the wind energy potential in Kazakhstan is about one trillion kilowatt hours per year.

“If we talk specifically about our wind farm in Astana, the generation during the year is about 300 million kilowatt-hours. For understanding, this is commensurate with the consumption of about 80,000 residential apartments,” Oral said in an interview with Euronews. 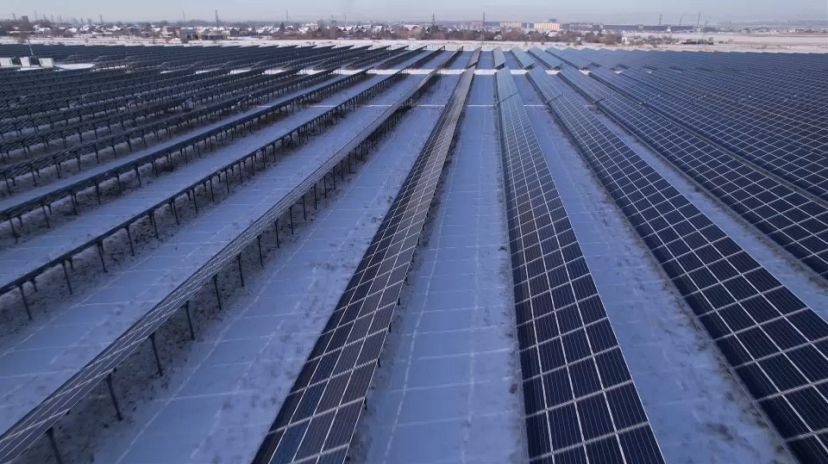 Renewables have also been a lightning rod for international investment. Kazakhstan has had an electronic auction system to promote investment in the renewable energy sector since 2018, with the state guaranteeing its redemption from enterprises for 20 years and indexing tariffs.

According to the Chairman of the Board of Qazaq Green Association, Nurlan Kapenov, over 200 companies have taken part in these transparent electronic auctions from nine countries, resulting in nearly 60 signed contracts.

Among the key investors in the country’s renewables is the international energy company Eni,  which has been present in Kazakhstan since 1992. Badamsha 1 in the Aktobe region was the first wind farm built by the company worldwide. This year, the construction of a second wind farm was completed.

“As a company, we bring investments, technology, and industrial capacity to realize such big green projects, which are in line with the country’s decarbonization and energy transition targets,” said the Managing Director of Arm Wind, Eni Plenitude, Alex Stillavato in Euronews report.

Another pioneer of Kazakhstan’s green energy transition is the SES Saran solar plant in the Karagandy Region constructed by German company Goldbeck Solar. Launched in 2019, it produces more than 125 million kilowatt hours per year.

According to the report, Kazakhstan today has more than 130 renewable energy facilities. The country’s potential is vast, with solar and wind energy given precedence in the green energy transition strategy.

“The bet is on the wind, the bet is on the sun, on hydroelectric power plants. We are closely watching technological development. Our scientists are also thinking about making renewable energy sources a full-fledged replacement for fossil fuel stations in the future. This is the biggest challenge not only for Kazakhstan but for the whole world today,” said Kazakh Energy Minister Bolat Akchulakov in an interview with Euronews.

A fragment from Euronews’ Focus TV magazine’s overview video published on You Tube.