By Staff Report in Business on 8 December 2022

ASTANA – Trading of the KazMunayGas National Company’s shares within the largest initial public offering (IPO) in the history of Kazakhstan kicked off with an opening ceremony in Astana on Dec. 8, reported the Prime Minister’s press service. 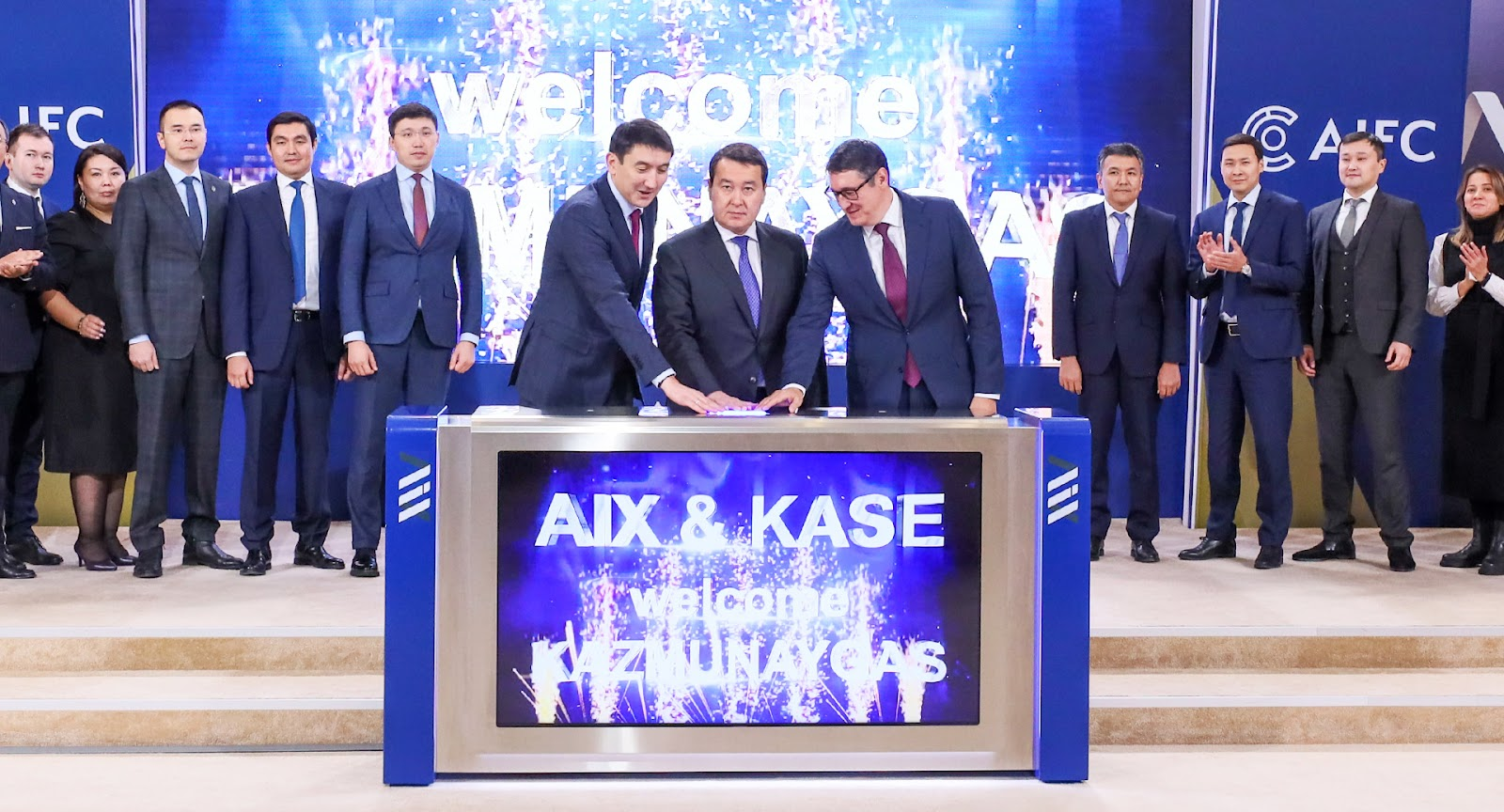 People were previously able to purchase shares at 8,406 tenge (US$17.78) from Nov. 9 to Dec. 2 on the Astana International Exchange (AIX) and the Kazakhstan Stock Exchange (KASE). Starting Dec. 8, shares will be traded on market terms.

The total IPO volume reached 154 billion tenge (US$330 million). Up to 130,000 people submitted applications to become investors, 95 percent from Kazakhstan.

“Applications of our citizens were prioritized and satisfied in full. The IPO of KazMunayGas is one of the largest deals for the stock market of Kazakhstan. It carries a positive effect both for the development of the domestic financial market and for the citizens of our country,” said Prime Minister Alikhan Smailov in his opening speech.

According to him, listing KazMunayGas shares on the stock exchange will contribute to further denationalization of the economy, which is part of the ongoing political reforms. The Prime Minister believes that listing significant state-owned enterprises on the stock exchange will make them more accountable and transparent to the public and shareholders. It will encourage the public’s investment culture and financial knowledge.

“Soon, other national companies will also become public through a series of IPOs in 2023-2025. This is another step to building an open and efficient economy in the interests of the people of Kazakhstan,” the Prime Minister noted.