ASTANA – Kazakh President Kassym-Jomart Tokayev took part in the opening of the Tagzym (bow) Memorial dedicated to the victims of the January events in Almaty on Dec. 23, reported Akorda press service. 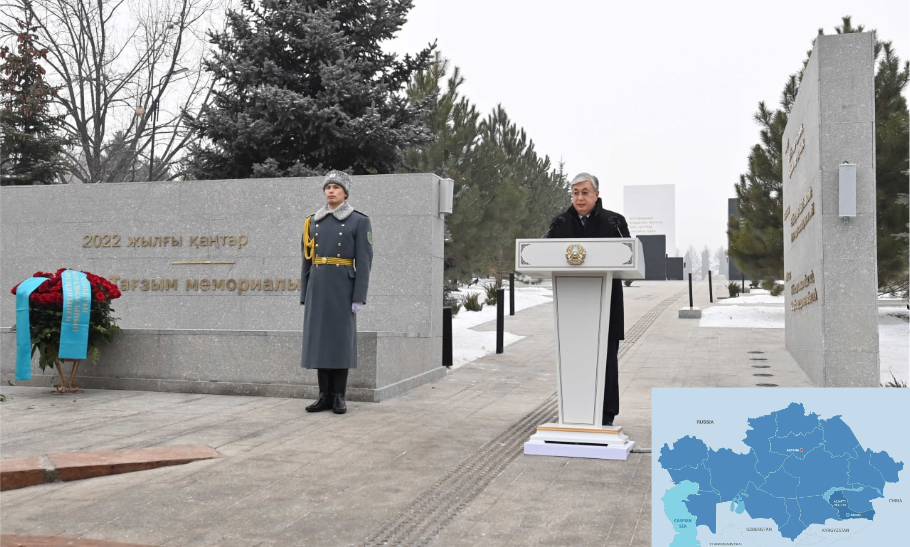 “The monument has deep meaning and great significance. It reflects the many stages of our statehood’s development. The quotes from prominent Kazakh representatives are written on the stones. I am confident these words that unite the nation will compel us to reflect. We erected this complex to honor the victims of the January events and as enlightenment for posterity,” said the President in his speech.

The memorial complex was built on Republic Square in Almaty, the epicenter of the January unrest. It consists of four zones divided by theme and color. The black zone represents chaos and fear of tragic events, the gray one represents the victims, the light gray part represents overcoming hardship, and the white zone represents the desire for stability and prosperity, national self-consciousness, and faith in a strong and just state. 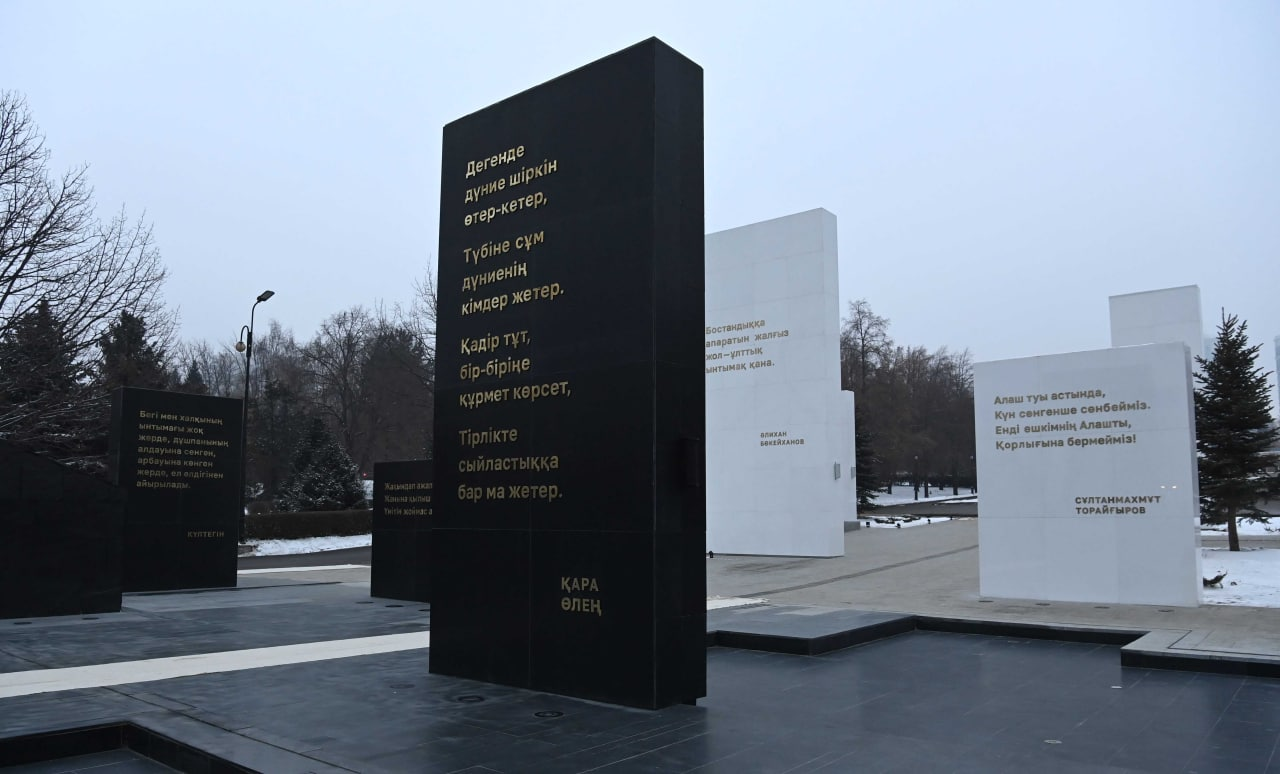 Two of the zones of the memorial. Photo credit: Akorda press service.

“Of course, demolished structures can be rebuilt. Unfortunately, the lives that were taken cannot be returned. As a result, we will do all possible to guarantee that such a catastrophe never occurs again. Our collective civic obligation is to maintain the country’s peace and stability and the people’s unity. For me, as the President of the country, this is a sacred duty. Only in peace and harmony can we achieve our goal,” Tokayev said. 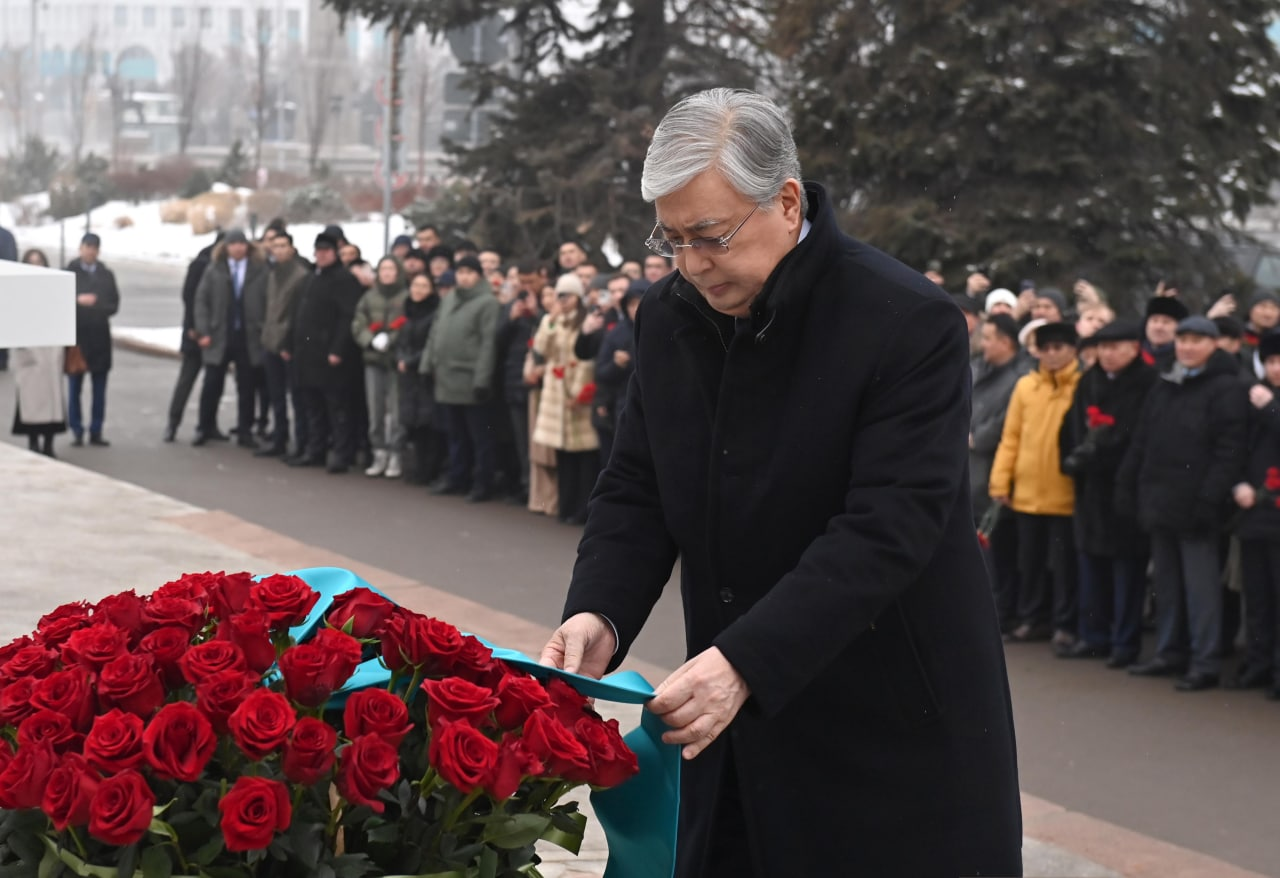 He emphasized that the country is now on a path of reforms, which will facilitate the democratization of the state and demonopolization of the economy. Much work has been done this year, but much more is to be done in the future, Tokayev said.