ASTANA – Permanent Representative of Kazakhstan to the United Nations (UN) Akan Rakhmetullin encouraged states to find mutually acceptable solutions regarding the review of the Treaty on the Non-Proliferation of Nuclear Weapons (NPT) at the Dec. 6 meeting of the Forum on Discussion of Nuclear Issues hosted by the Permanent Mission of Kazakhstan to the UN and the UN Office for Disarmament (UNODA) in New York, reported the Foreign Ministry’s press service. 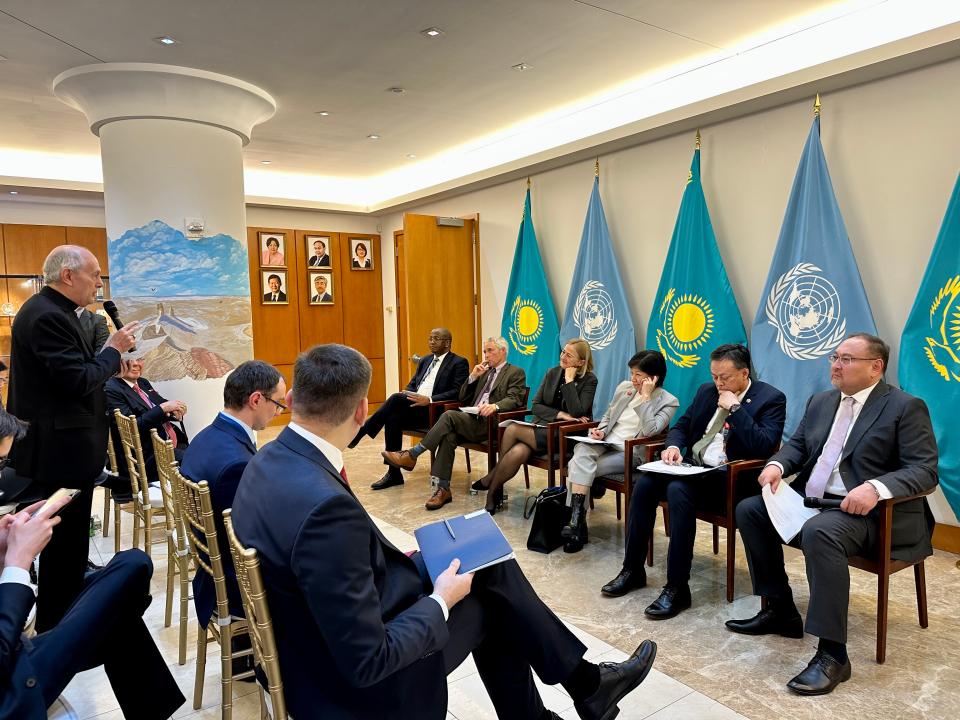 UN Under-Secretary-General and High Representative for Disarmament Affairs Izumi Nakamitsu and the ambassadors of Kazakhstan, Malaysia, the Netherlands, the United States, and South Africa shared their assessments of the prospects for the NPT review cycle on behalf of the groups of states that play key roles in reviewing the treaty’s implementation.

Participants at the meeting noted the NPT review process is taking place at a pivotal moment, with escalating tensions between nuclear powers, increased dangers of nuclear conflict, and the erosion of the global arms control system. For these reasons, finding a way out of the NPT review impasse provides an opportunity to strengthen the nuclear disarmament and non-proliferation regime and make substantial and conscientious efforts to reaffirm and fulfill commitments for the benefit of the common goal of a nuclear-weapon-free world.

The discussion of the NPT review cycle is one of the most topical issues in the non-proliferation of nuclear weapons and the adoption of prompt measures for their elimination.