Kazakh Artist Promotes History and Beauty Through His Tapestries

By Saniya Bulatkulova in Culture, Society on 18 December 2022

ASTANA – Kazakh artist Omirkeldy Abeuov, 74, created more than 60 wood and bone artworks and contributed to the development of wood art in Kazakhstan, but above all, he is creating patterned mats and tapestries. 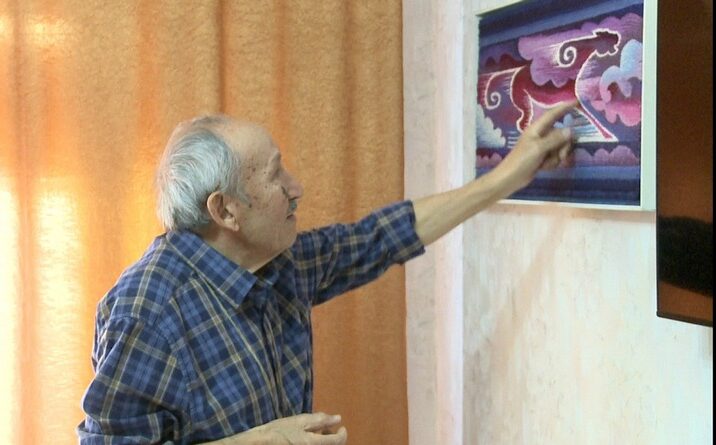 His works were exhibited in Germany, Romania and the Czech Republic.

Abeuov is an honorary citizen of Balkhash city, and a member of the Kazakh Union of Artists. His works decorate the interiors of educational, medical and cultural institutions and are exhibited in Astana and Karagandy. 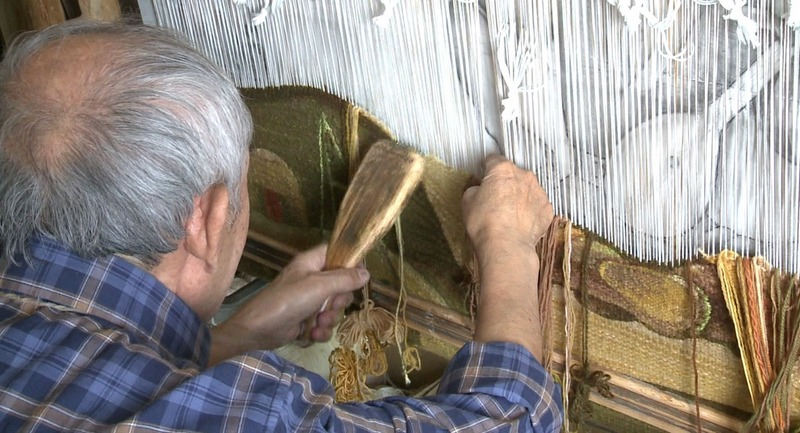 Born in 1948 in Konyrat village in the Karagandy Region, he worked at the Konyrat mine after graduating from school. He entered the Almaty College of Decorative and Applied Arts named after Oral Tansykbayev in 1972.

“After graduating from college, I returned to Balkhash, where I began to work as a painter decorator in the Balkhash branch of the Karagandy regional art studio. I inherited talent from my father and brothers. They all were real masters of the woodwork and were able to create masterpieces from usual items,” said Abeuov in an interview with Saryarqa TV channel. 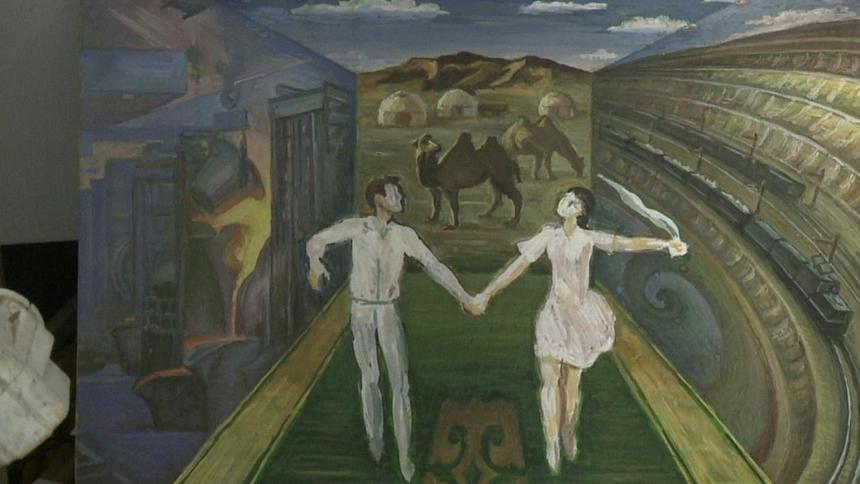 To date, the artist’s house has become similar to a tapestry museum laden also with  wood and bone sculptures.

Abeuov noted it takes sometimes several months to create the works. He first draws sketches on paper and then knits them on the fabric with silk thread.

“I put my whole heart when I create tapestries. It is an incredibly thorough process and requires a lot of time and effort. The famine of the 1930s, the cruel war, and the events in Zhanaozen became the basis of my works. I also tried to convey the beauty of the Kazakh steppe in other compositions,” said the artist. 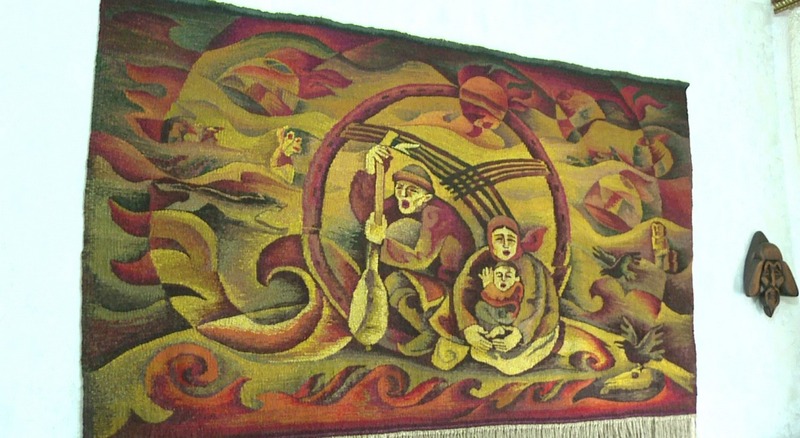 “For Peace on Earth” triptych, “Metallurgists,” “Uyadan ushkanda” (Leaving the nest) and “Ereuil atka er salmai” (Until you saddle up the horse) compositions, “New Era” tapestry dedicated to the country’s first astronaut Toktar Aubakirov and “Under the sky, above the earth” diptych are among the most well known works of the artist.