By Staff Report in Business on 15 December 2022

ASTANA – German entrepreneurs expressed interest in Kazakhstan’s investment and economic potential, the political and socio-economic reforms taking place in the country and the development of the Central Asian region overall during a meeting with Kazakh Deputy Prime Minister, Minister of Foreign Affairs Mukhtar Tileuberdi in Frankfurt on Dec. 14, reported the Foreign Ministry’s press service. 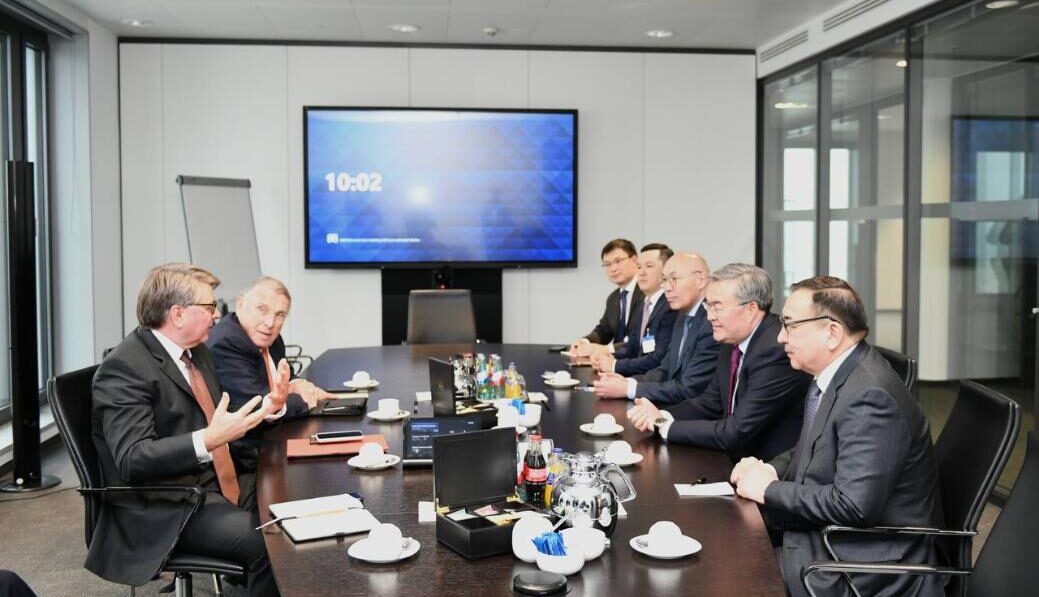 Tileuberdi met with several heads of banking and financial institutions in the German financial capital. He highlighted Germany’s position as Kazakhstan’s key economic partner in Europe and one of the country’s most prominent investors.

“Over the past 17 years, German investments in Kazakhstan have exceeded five billion euros (US$5.3 billion). We highly appreciate the role of German business in developing our industry and will continue to create all the necessary conditions for further cooperation,” the minister said.