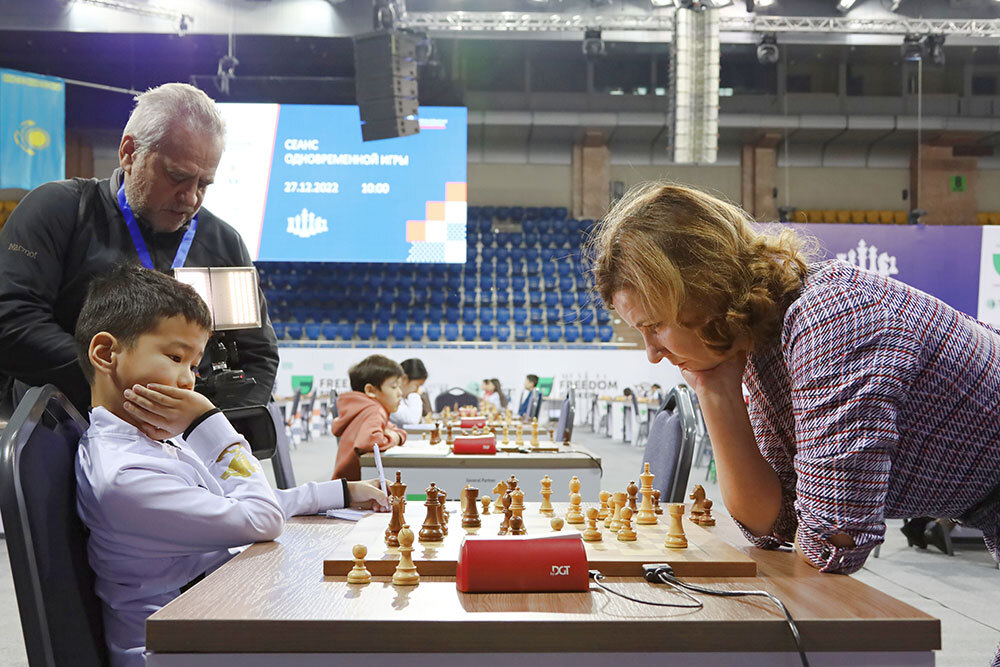 “I was not sure of victory and saw the advantages of a grandmaster. I even offered a draw, but later I still managed to change the game. Of course, it was not easy. It is difficult to play with a master,” said Aitzhan.

“Chess has taught me a lot: achieve my goals, work hard and value time. If you want to win not only in chess, this game will help you with that too! You just have to work hard, and you will succeed!” Reizniece-Ozola said.

Following the second day of the championship, Kazakh chess players entered the leading group. Zhansaya Abdumalik and Dinara Saduakasova have six points out of eight possible and are only behind Tan Zhongyi (China), Aleksandra Goryachkina (Russia), and Indian master Savitha Shri (India). Legendary Norwegian chess grandmaster Magnus Carlsen continues to lead in the men’s tournament. Among the Kazakh chess players, Pavlodar grandmaster Alisher Suleimenov has shown the best results. Having lost in the first round, he did not lose a single game on the second day.