ASTANA – The launch of a direct flight between Kazakhstan and Croatia is among the key initiatives to enhance the cooperation in tourism between the two countries in the upcoming year, said the State Secretary of the Ministry of Tourism and Sports of Croatia, Tonći Glavina in an interview with The Astana Times, as part of his visit to Kazakhstan. 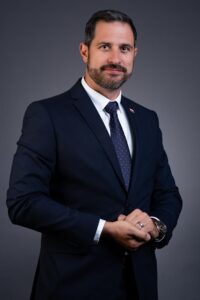 During the visit of the Croatian delegation, led by Glavina, a series of meetings with the Chair of the Tourism Industry Committee of the Kazakh Ministry of Culture and Sports Dastan Ryspekov, Chair of Kazakh Tourism National Company Talgat Amanbayev, representatives of travel agencies, tour operators, and a national airline company were held to put the relations between the two countries on the map for sport and tourism-driven initiatives.

Two ministries have signed a Memorandum of Understanding on cooperation in the field of tourism. This would further boost connectivity between the two countries and facilitate the introduction of a new direct flight route from Astana to one of the major cities in Croatia.

“I would like to use this opportunity to congratulate all the people of Kazakhstan on their national Independence Day that is coming up,” Glavina told exclusively to The Astana Times.

“I also have to mention that we would like to offer our congratulations on everything that is happening on the political level in Kazakhstan. All the reforms are opening Kazakhstan not only to a better quality of life here, but it also opens the doors for much better cooperation between the European Union (EU) countries such as Croatia,” he added. 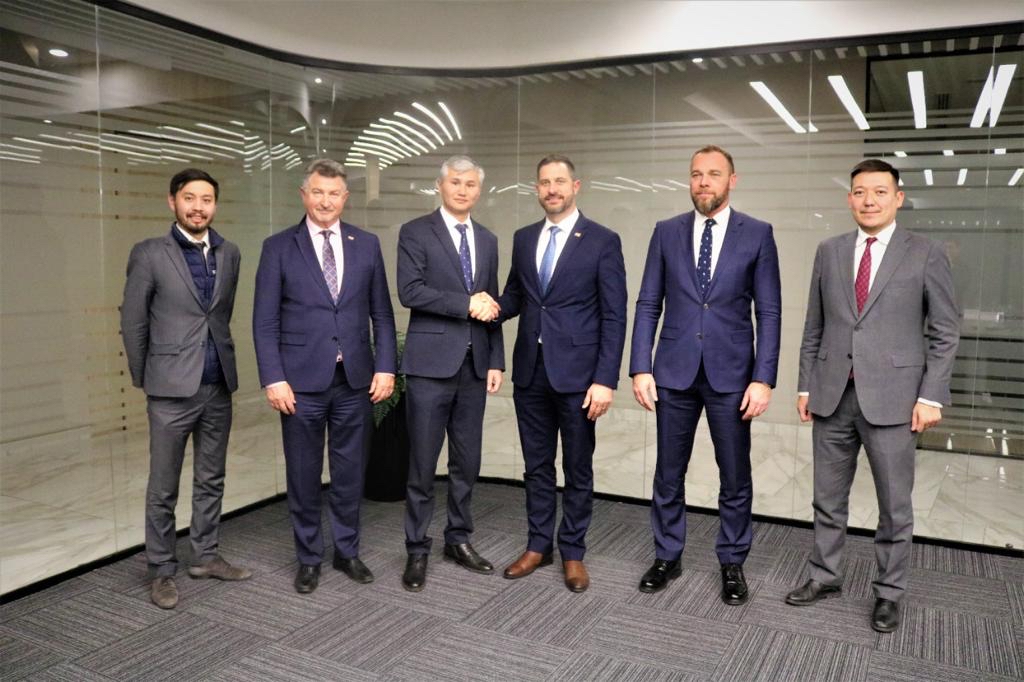 Glavina also addressed the successful bilateral relations to this day and the fact that the two countries have celebrated 30 years since the establishment of diplomatic relations on Oct. 20, while also describing how crucial for Croatia it is to further expand cooperation, especially in the field of tourism.

He gave some earlier indications of what the country’s next plans are when he said that it is important to facilitate the connection by launching a direct flight from Kazakhstan to Croatia.

“What I hope we are going to achieve after this [visit], is that it will result in a direct flight from Kazakhstan to Croatia next year in 2023. I am really hoping that this will happen not only for Kazakh tourists to arrive in Croatia, but we are also hoping to engage the interest of Croatians traveling to Kazakhstan, as it is, from everything that I have seen and that I follow, a very beautiful country that has a lot of tourism potential as well,” said Glavina.

According to him, a direct flight between Croatia and Kazakhstan is a value-driven opportunity as it connects Kazakhstan with Europe, the largest tourism destination with over 300 million people. “Europe will absolutely still be a tourism leader for the years to come,” he said.

All the efforts would not be possible without the engagement of two embassies. Glavina highlighted the engaged activity of both ambassadors, Refik Šabanović, Ambassador of Croatia to Kazakhstan, and Ambassador of Kazakhstan to Croatia Altay Abibullayev, who “has done tremendous work in Croatia, and in a very short period of time has managed to strengthen our cooperation.” 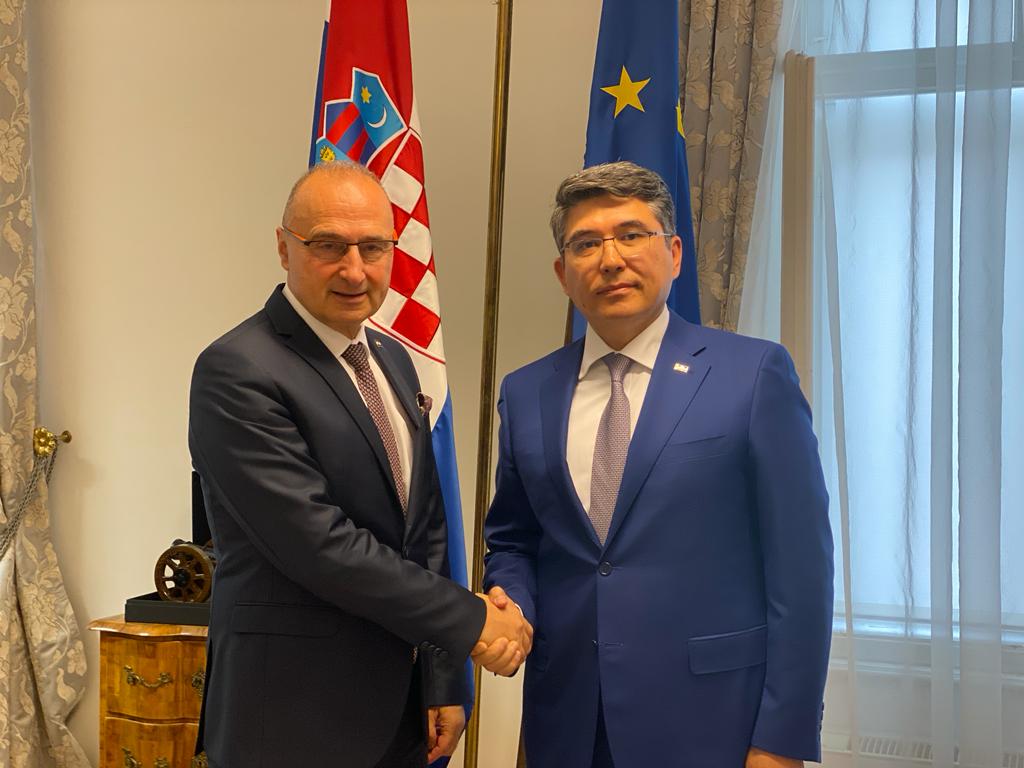 Kazakhstan and Croatia have had well-established relations for decades, which is in large due to extensive work done at embassies. On photo Gordan Grlić Radman, Minister of Foreign and European Affairs of Croatia and Altay Abibullayev, Ambassador of Kazakhstan to Croatia. Photo credit: Kazakh embassy in Croatia.

Croatia has been admitted to the Schengen zone starting from Jan. 1, 2023. This decision “makes Croatia a hub to Schengen, to the European countries, and of course, to the most exciting tourism destinations,” said Glavina.

“At the same time, as equally important for us, starting Jan. 1, 2023, we are going to join the Eurozone, which means our currency will be Euro. This will also make it easier for all our guests not just from the Eurozone, but from around the world, as [Euro is] one of the most dominant currencies in the world,” he added.

Croatian football experience to be transferred to Kazakh clubs

He also highlighted some of the less well-known but still vital aspects of the cooperation between Croatian and Kazakhstan, including cooperation in sports, particularly in football training.

“It is not only tourism that brings us together, but it is also sports,” said Glavina. 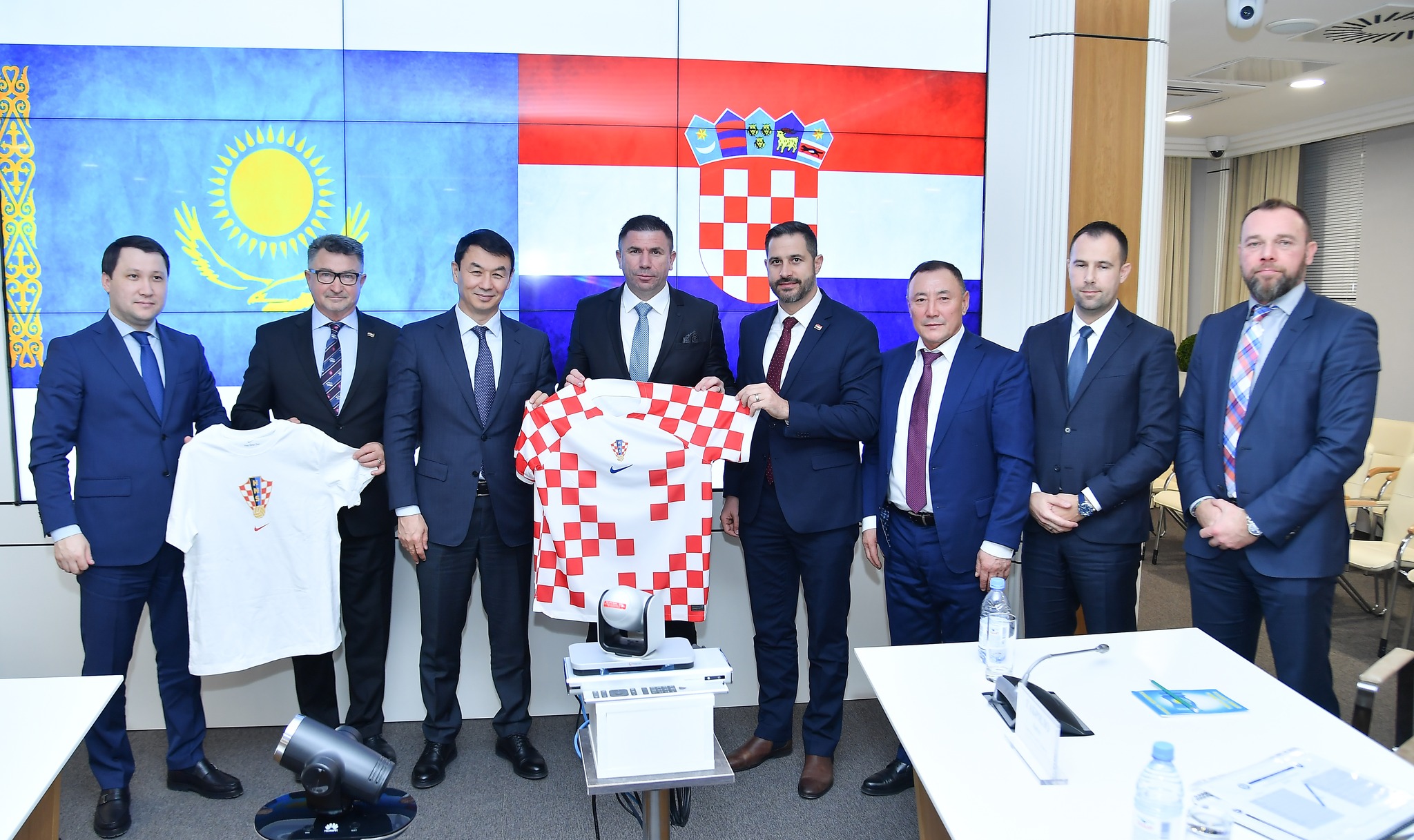 As part of the Croatian delegation’s visit to Turkistan, Glavina met with the akim (governor) of the region Darkhan Satybaldy and gifted him the Croatian national football team uniform. Photo credit: Turkistan Region akimat press office.

The interview was conducted just at the time that the Croatian football team defied the odds of reaching the World Cup semifinals for the third time in just seven attempts since 1998.

“Small nation of only four million people from the heart of Europe is able to be presented on such a high stage. It gives us a tremendous opportunity and our football academies are known and respected around the world,” said Glavina.

As part of the agreement between several Kazakh football clubs with Croatia, children from Kazakhstan have been training and participating in football tournaments in Croatia. One of these tournaments, in which 110 Kazakh children took part, was held in the Croatian city of Split on June 2–5.

“I am happy to say that there is also a lot of success from our football knowledge here in Kazakhstan, as there is cooperation with several different clubs here. This past summer I had the opportunity to welcome the president of your football federation who came to visit the club of children that were participating in the youth tournaments,” said Glavina.

As part of the Croatian delegation’s visit to Turkistan, Glavina met with the akim (governor) of the region Darkhan Satybaldy, reported the Turkistan Region akimat press office. The two sides discussed the possibilities of implementing Croatian know-how in football to the development of football in Turkistan, as well as the opportunity for children from Turkistan to study football in Croatia.