By Aida Haidar in Central Asia on 22 December 2022

ASTANA – Kazakhstan has taken a number of progressive measures to combat gender inequality over the years of independence, thanks to the joint efforts of the state and civil society, an essential part of which has been the media, said Aida Balayeva, Deputy Head of the Kazakh President’s Administration, at the session dedicated to the role of women in media and in the civil society at the Central Asian Media Forum on Dec. 21. 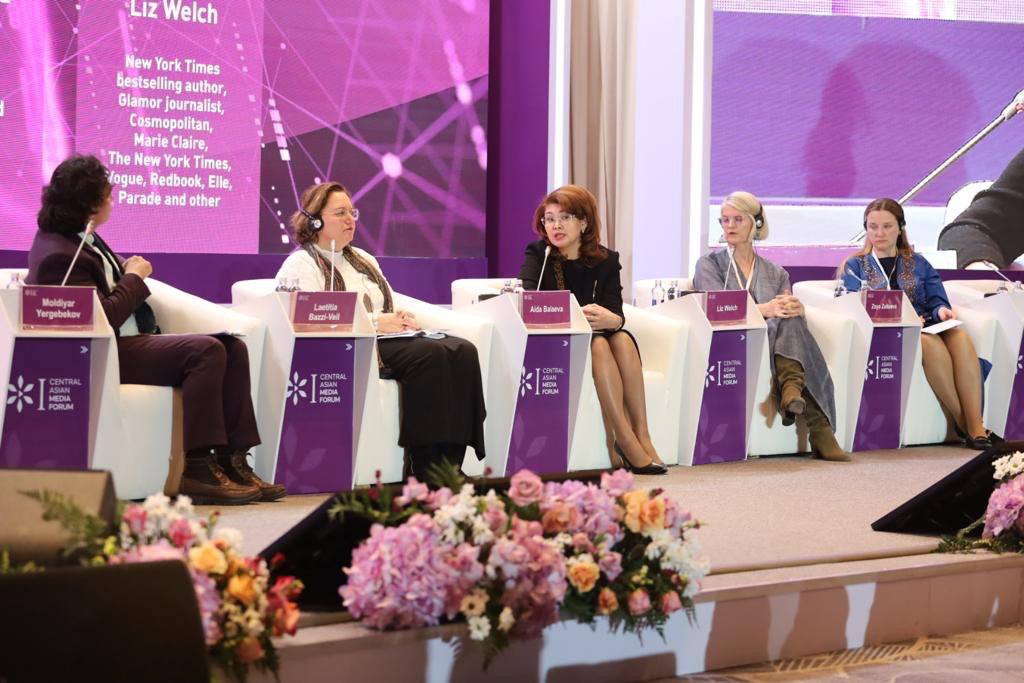 The speakers delved into women’s role in media and the civil society at the Central Asian Media Forum on Dec. 21. Photo credit: Kazakh Ministry of Information and Social Development

Balayeva emphasized that the country’s current gender strategy enhances its standing in international evaluations and indices.

“According to the gender equality index findings for 2021, Kazakhstan improved its performance and rose to 65th place out of 146 countries. With a leading position in the Central Asian region, we are striving to ensure that performance continues to increase sustainably,” Balayeva said.

She also stated that women in Kazakhstan are increasingly occupying key media and government positions.

“The current concept of family and gender policy until 2030 will improve these indicators. Over the next eight years, Kazakhstan plans to reduce the gender gap significantly,” added Balayeva. 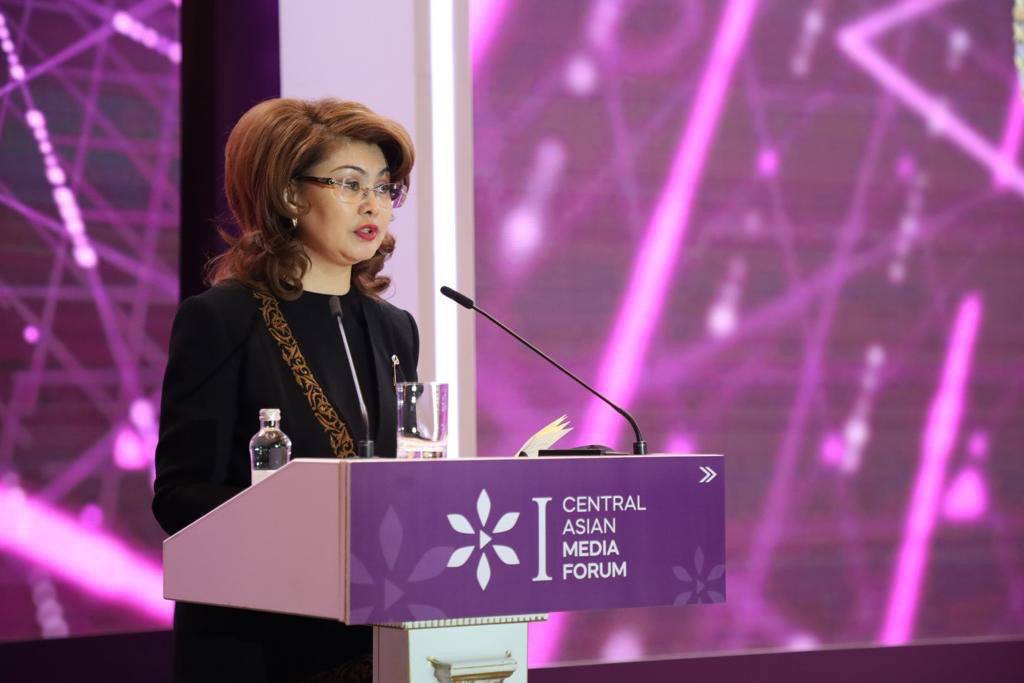 The moderator of the session, Moldiyar Yergebekov, researcher on the manifestation of gender stereotypes in media and cinema, also stated that today, women work side by side with men in the country’s economic and political life.

“It is difficult for me to characterize our women as the fairer sex. Rather, I would describe them as highly strong and purposeful. Kazakh women make significant contributions to society. Women play a unique position in the media, particularly among media managers and journalists in our country,” Yergebekov said.

However, despite significant progress on the problem of gender equality, Kazakhstan, according to Balaeva, still has room to grow. She stated that recently in Kazakhstan and several Central Asian countries, comments were made on the lack of bright female roles in films that may personify the paradigm of a successful woman. She noted that the media, particularly cinema, is a critical tool for influencing the improvement of the situation in the field of gender equality – both nationally and regionally.

“Over the last ten years, films in Kazakhstan have been evaluated to study gender stereotypes. The findings revealed that stereotyped images of women and gender roles predominate. Domestic films frequently feature images of a mother, a suffering woman with inner pain, an Amazon woman, a girlfriend, the protagonist’s lover, a bride, and a second wife, with very few depictions of an educated and accomplished woman. I believe it is time for all of us to consider this. I am confident that our cultures have numerous models from which to draw inspiration today,” Balayeva said.

Laetitia Bazzi-Veil, acting Representative of the United Nations Children’s Fund (UNICEF) in Kazakhstan, agreed with her colleagues and emphasized the need to portray women in the media accurately. According to her, the media continues to contribute to gender stereotypes, whether via traditional news, magazines, TV content, or advertising.

“According to the findings, we have slowed the progressive depiction of women in advertising, and they are more likely to show a woman in a more traditional stereotypical role than a woman in a working position. Why am I talking about advertisements? Because children are exposed to this image regularly through television shows, social media, and marketing, and the way gender equality is presented on television or in the media, of course, shapes society,” Bazzi-Veil said.

New York Times bestselling author Liz Welch emphasized in her remarks the importance of women sharing their stories, especially the most frightening and uncomfortable ones because they can save someone else’s life.

“As a journalist, I have always written about women’s experiences. The one thing that connects all of them is this determination, resistance, and true independence that, to refer to the girl power, women can do anything. The more narratives we hear about women’s experiences, the better. Not just as mothers but as doctors, lawyers, poets, and whatever else you desire to be, whether you are a mother or not, sharing these experiences gives other girls hope that they, too, can be what they want to be,” Welch said.

In conclusion, Deputy Head of the Kazakh President’s Administration Balayeva encouraged further cooperation projects and the exchange of experiences.

“Today, all states share the same objectives. To establish the conditions for society’s long-term progress, we must share our knowledge and collaborate on projects,” she concluded.