ASTANA – Less than a month after the Kazakh Ministry of Justice registered a new party called Baitak, it paves the way for green reformists in the country, part of a broader reform agenda in Kazakhstan. The Astana Times spoke to Baitak party chair Azamatkhan Amirtai about the party’s priorities, objectives and plans ahead of the elections to the Mazhilis, a lower chamber of the Kazakh Parliament, scheduled for the first half of 2023. 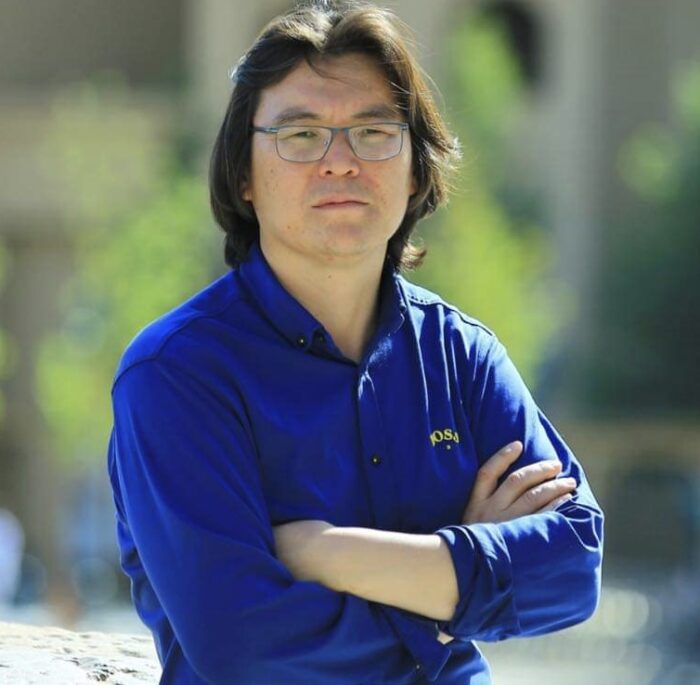 Amirtai is a graduate of the Almaty Institute of Power Engineering and Communication, Kazakh National Agrarian University and Skolkovo Moscow School of Management. Photo credit: baytaq.kz

For the first time in two decades, the registration of a new party sends a strong signal of the reformist spirit in Kazakhstan, welcoming pluralism and fair party competition.

Speaking about the principles of his party, which currently has nearly 21,000 members, Amirtai highlighted the protection of the environment and public health, as well as support for the Just Kazakhstan agenda, a paradigm encompassing the reforms and modernization process in the country.

“We conduct campaigning in regions. We should understand that Kazakhstan is not just about Astana and Almaty. Eighty-five percent live in the regions and rural areas. So we focus on the regional level,” said Amirtai.

The party stems from an idea that the world is now chartering a new low-carbon route to development. “We are using earth resources at a fraction of their cost,” he added.

Kazakhstan has been making significant steps toward this goal since 2016 when it ratified the Paris Climate Change Agreement. Carbon neutrality is an ambitious goal the country has set to accomplish by 2060.

The party is determined to participate in the elections to the Mazhilis and maslikhats, local representative bodies.

“We are working hard on it today. We create a political bureau in regional centers and districts, attracting new people. We must get the seats in Mazhilis and maslikhat so that we can have a voice in decision-making on green issues,” he said.

Sharing his vision of what green reforms Kazakhstan needs, Amirtai cited data indicating that national greenhouse gas emissions are around 364 million tons. Half of them are produced by the country’s 120 industrial enterprises.

“First, planting more trees with broad involvement of international funds and population. Secondly, the use of low-carbon technologies, transition to gas, and construction of a nuclear station, which we support. All production facilities that emit CO2 should also have technologies that adsorb CO2. Waste management is another issue. Many issues regarding waste management need to be addressed, primarily solid waste. We must promote recycling culture,” he said.

“We support the construction of the nuclear station, one of the important decisions on the green energy agenda. But this requires significant work with the population,” he added.

Addressing environmental problems, however, does not have a one-size-fits-all solution. Each region has its specifics.

“For instance, the Aral issue in the Kyzylorda Region. People are very concerned about Aral. Water levels of Syr-Darya [a river originating in the mountains of Kyrgyzstan, flowing through Uzbekistan, Tajikistan and Kazakhstan, where it drains into the Aral Sea] is declining. Effective management of Syr-Darya water resources requires new technologies. For example, rice fields in seasons take up 70 percent of Syr-Darya waters. The process there is very problematic,” he said.

According to him, water management is among the areas where regional cooperation is key. Trans-border water management and the Aral issue were among the key topics discussed during the recent visit of Baitak party members to Tashkent.

“After registration, we met with Uzbekistan’s ecological party, one of the main parties in Uzbekistan. They have 15 deputies in the Oliy Majlis and 620 deputies in regional maslikhats, overseeing the committees on ecology, water, and forestry resources. For us, it is an example, and we want our green party to work at a similar level,” he said.

“One of the first things he did when he became President in 2019 was creating a ministry of ecology,” he added. “Now the green party has emerged, and we feel the responsibility and will do our best to make a difference in promoting green ideas, including green finance, green economy, and green investments.”