ASTANA – A children’s artwork exhibition titled We Are The World, held at the Astana Opera theater on Nov. 13, aims to promote children’s creative potential and provide them with opportunities to grow. 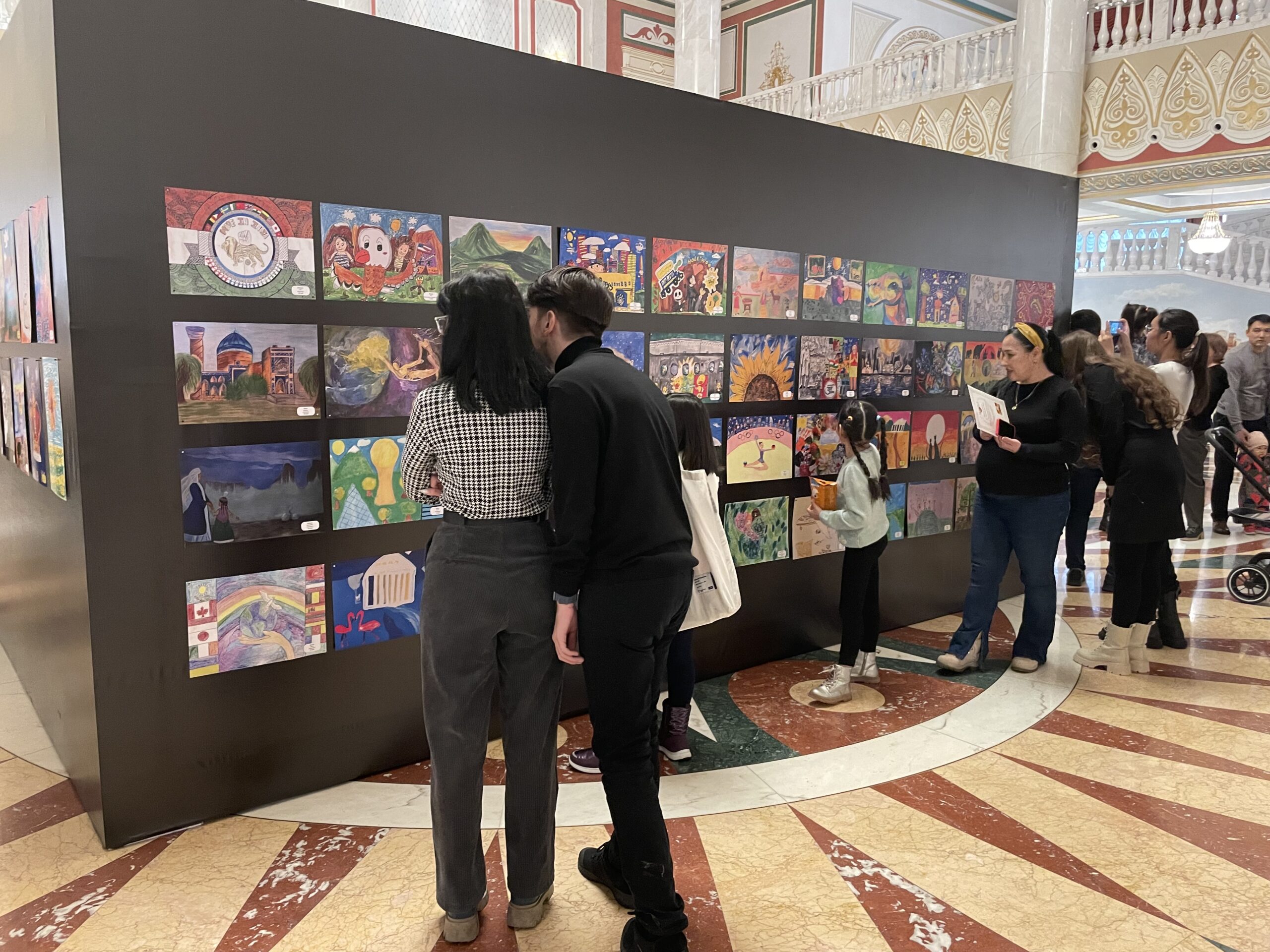 “We are the World” exhibition took place at the Astana Opera theater. Next year the topic will be the “City of the Future.” Photo credit: Galiya Khassenkhanova

“Cultural diplomacy aims to bring up children committed to culture, to preserve and amplify the cultural values. With the help of this project, we will do everything in our power to give children opportunities to showcase their works at the highest level,” said the project’s founder and President of the International Association of Cultural Diplomacy, Stephanie Gaspard.

Kazakhstan, which announced this year as the Year of Children, held this exhibition for the first time.

“Comprehensive assistance for children’s development is one of the Kazakh government’s top priorities. Kazakhstan’s foreign policy incorporates cultural diplomacy. A single cultural event can substitute for several days of diplomatic negotiations. Drawings of children from around the world call for friendship, kindness, and peace, all of which are critical in this turbulent time,” said Foreign Affairs Ministry’s International Information Committee Chair Jean Galiev during his opening remarks.

The works displayed at the exhibition are a part of the competition, which travels worldwide, showcasing children’s artwork from more than 40 countries. 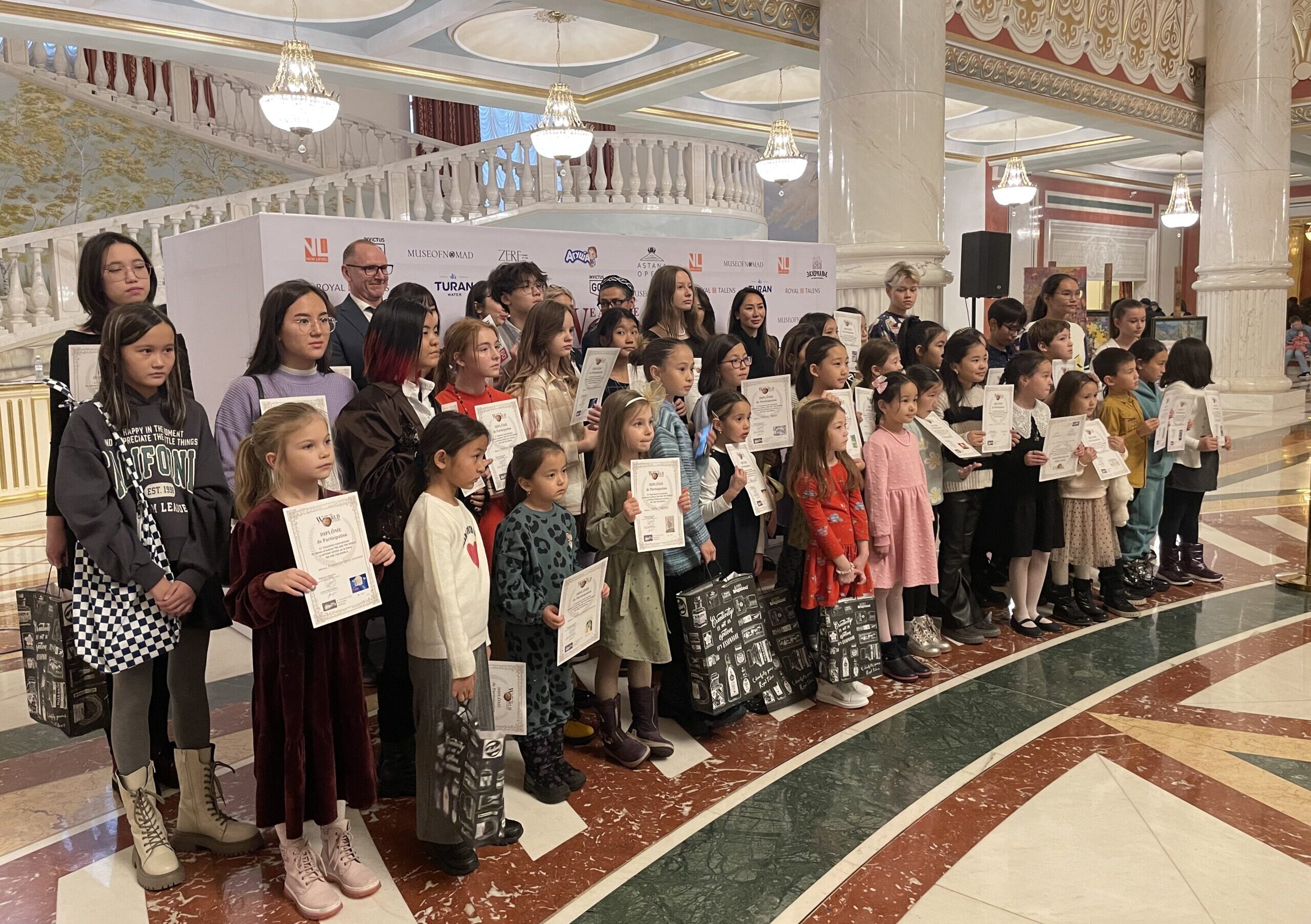 “The association conducted the first round of selection, but because the topic is broad, we strive not to limit youngsters. We encourage children’s self-expression and the use of various colors and techniques,” said the association’s official representative in Kazakhstan, Ardak Mukhamadiyeva. According to her, children display different levels of mastery.

The competition winners were announced on Nov. 13, after the deliberation of the jury, which awarded three places in each of the three age groups and a multitude of special prizes.

“The children prepare for this event meticulously. They draw with purpose, do their best, and put their souls into their paintings. Sometimes, you cannot express your feelings with words, but you can express them using a pencil and a sheet of paper,” noted Stephanie Gaspard, hoping that this event will become an annual occurrence.

For more than three years, she and her colleagues worked under the auspices of the United Nations Educational, Scientific and Cultural Organization (UNESCO) and only recently created an independent association. 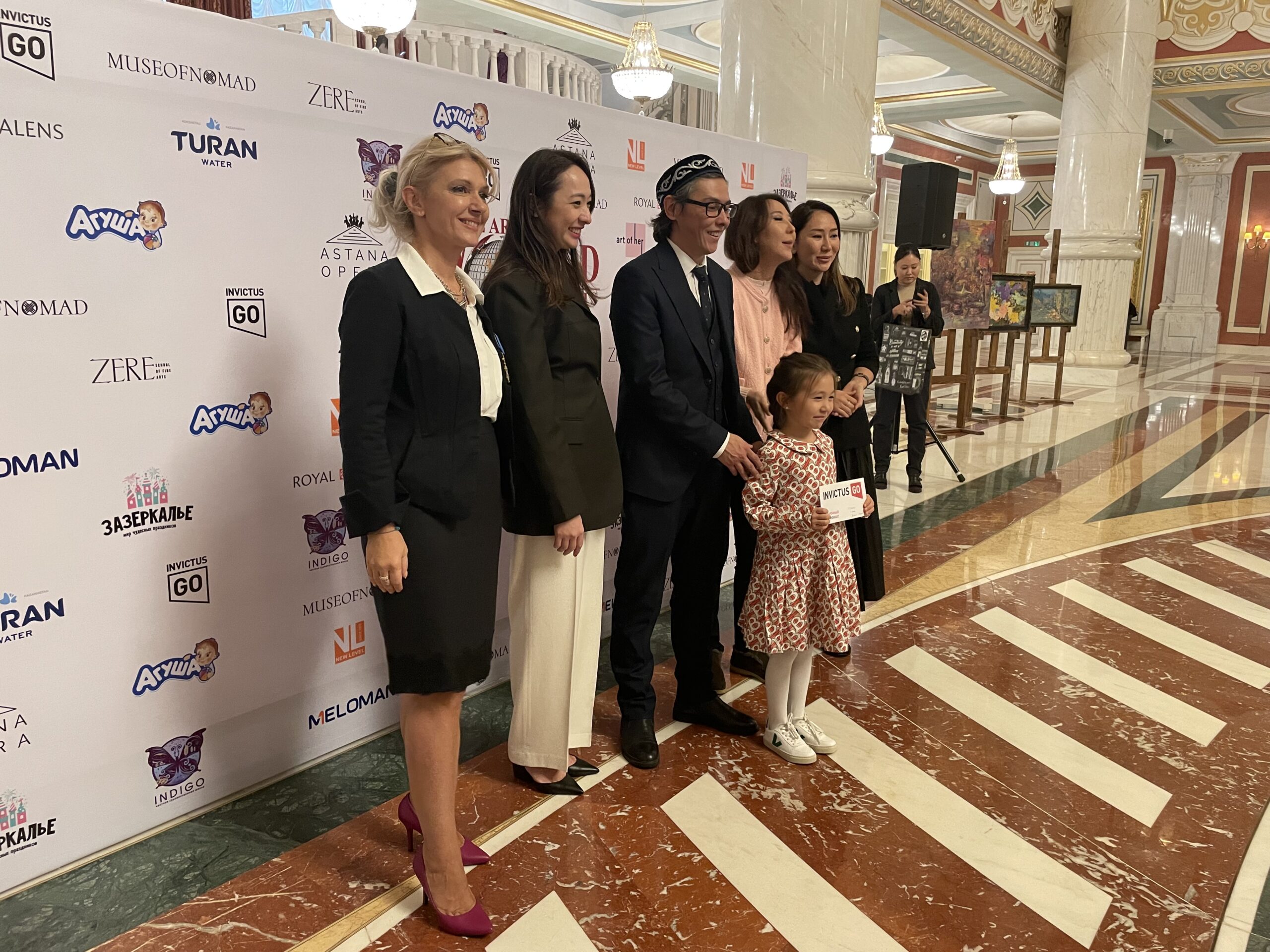 The project itself kicked off in 2018 in Paris. Gaspard started this project after observing her children’s artistic talent and eagerness to share it. She wanted to give youngsters a chance to draw and visit iconic places worldwide, such as the Louvre in Paris, the Opus Tower in Dubai, and Astana Opera.

“It was difficult at first, but more and more art schools are joining our competition. Every year, the level of mastery of youngsters grows. The artworks are so interesting and profound that it makes us, the organizers, quite proud,” said Gaspard. 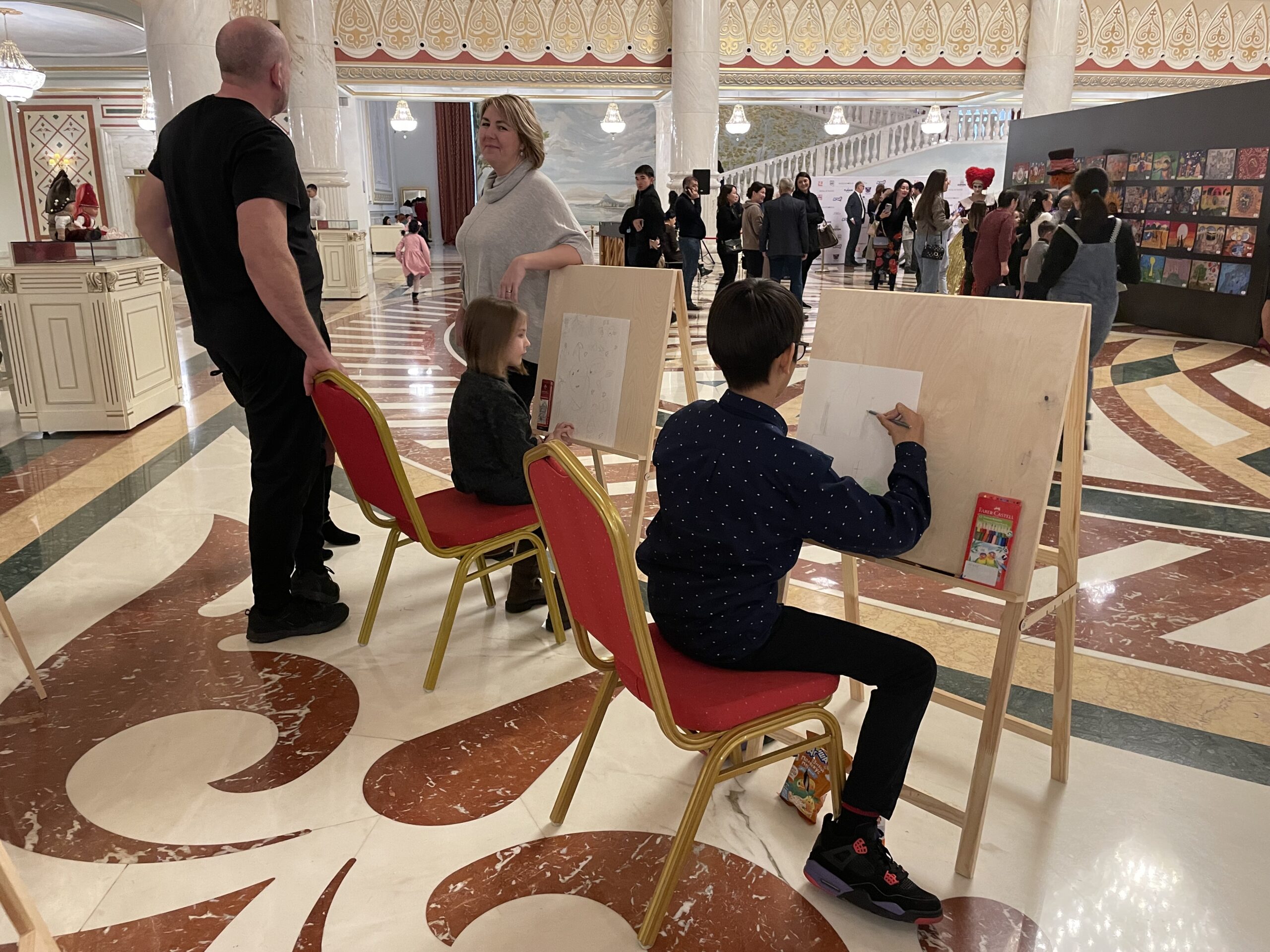 She also came to Kazakhstan for the first time and was pleasantly surprised.

“I was struck with the openness and sincerity of the Kazakh people. I came to Kazakhstan for three days, and the impression the country left was phenomenal. So many open-hearted people. I have noticed the extent to which Kazakh residents revere their elderly,” she said.