ASTANA – 69.43 percent of Kazakhstan’s eligible voters participated in the country’s presidential election on Nov. 20 as of 10 p.m. local Astana time, announced the Central Election Commission (CEC) at a press briefing on Nov. 20. 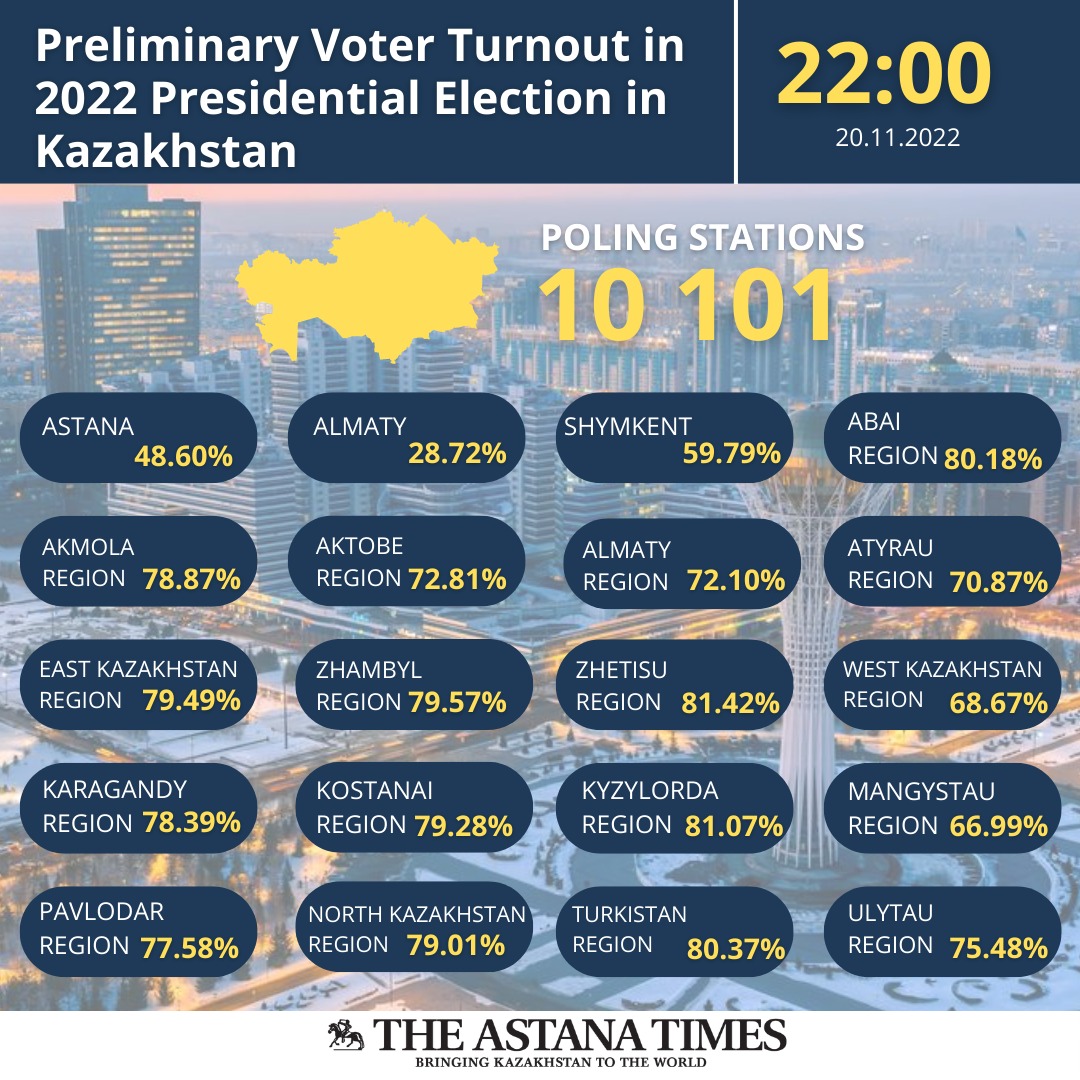 The highest voter turnout is in the Zhetisu Region, 81.42 percent, while the lowest is in the city of Almaty, 28.72 percent. Almaty, a former capital and major business and financial center, showed low turnout at the 2019 presidential election as well.

Some polling stations at Kazakhstan’s diplomatic and consular posts abroad continue their work. As of 7 p.m. Astana time, the voter turnout abroad was 57.5 percent with nearly 7,400 people out of 12,841 registered casting their vote, according to the Kazakh Foreign Ministry.

Overall, there were 10,101 polling stations across Kazakhstan, including 68 at the country’s foreign missions in 53 countries. 11,950,485 voters were registered to vote.

A CEC statement on the final voter turnout is expected to be released tomorrow, Nov. 21 and final election results are expected by Nov. 22.