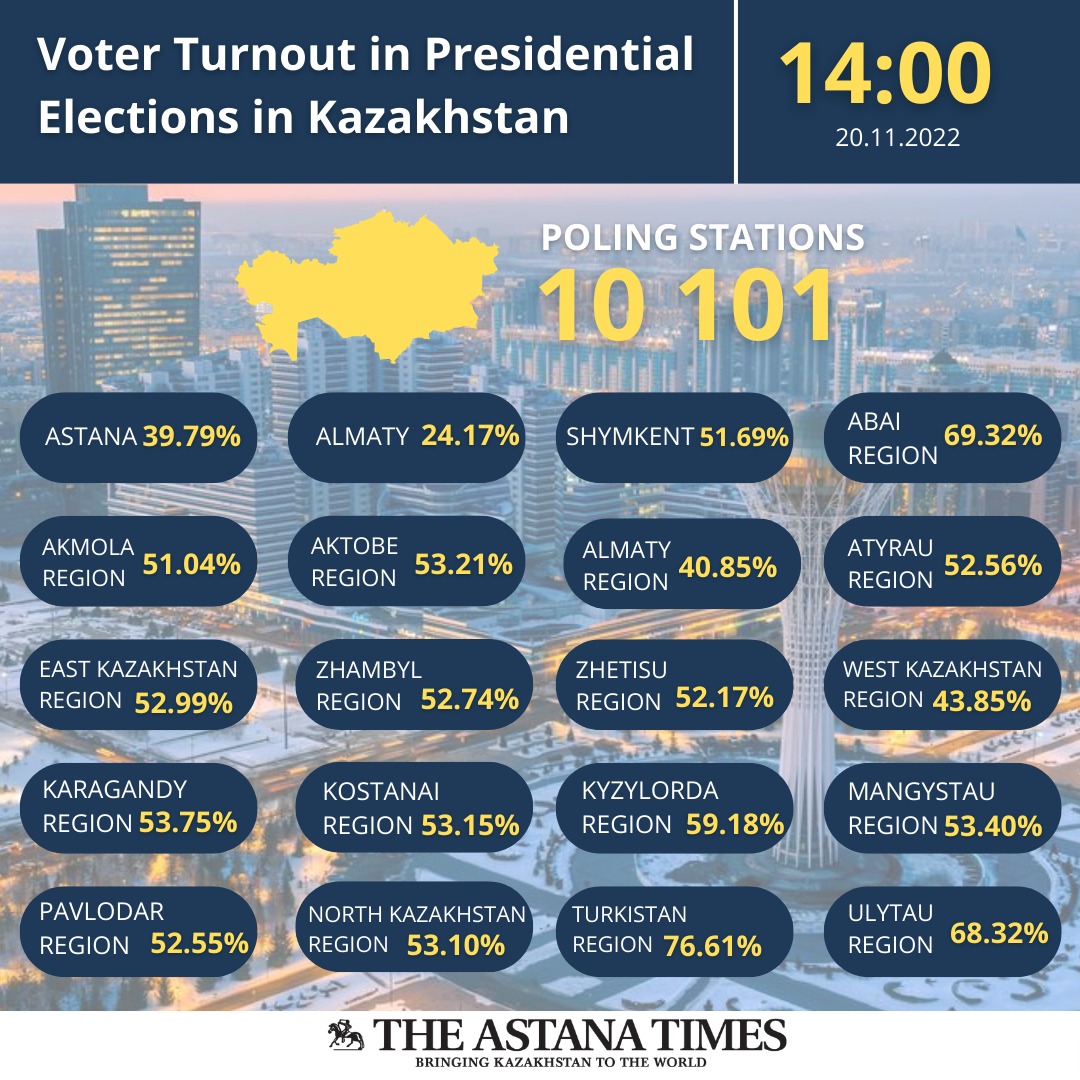 Among the regions, the highest voter turnout is in the Turkistan Region, 76.61 percent, while the lowest is in the city of Almaty, 24.17 percent.

There are 10,101 polling stations, including in 63 countries worldwide.

President of Kazakhstan Kassym-Jomart Tokayev called for extraordinary presidential elections during his Sept.1 state-of-the-nation address. Tokayev proposed to extend the presidential term from five to seven years with no right to be re-elected and signed the decree approving these amendments to the country’s Constitution on Sept. 17.