On June 5, the general public heavily voted in favor of the constitutional amendments aimed at political reforms to transform Kazakhstan into a modern state with the balance of power redistributed among the executive, legislative, and judiciary. When these constitutional amendments were endorsed by the Parliament and signed by President Kassym-Jomart Tokayev on Sept. 17, he announced an early presidential election for Nov. 20. 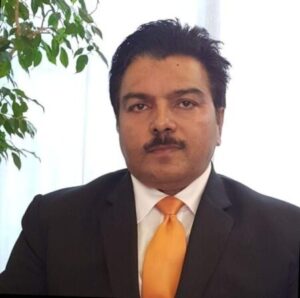 “A new trust mandate of the people is necessary for the successful implementation of fundamental and comprehensive reforms on the way to creating a Just Kazakhstan,” President Tokayev said. While announcing the early election, he made a significant reform to limit the President’s term to seven years instead of the previous two five-year terms, prohibiting re-election. As a result, nearly 12 million voters will likely cast their votes for six registered candidates, including Tokayev, in the presidential elections. Tokayev branded his election campaign as Just and Fair Kazakhstan: For All and Everyone based on three interconnected principles – a just state, economy, and society.

Extension of the presidential term from five to seven years with the ban on re-election would certainly boost democratic governance in the country. However, this unique political reform would impact the governance approach of the serving president. Having available only a seven-year term affords ample time for the elected president to implement his plans and policies. Instead of being tempted to adopt short-term or ad hoc approaches to secure the next term, the focus will be shifted to a solid policy in the country’s best interest.

We focus our analysis on the amended constitution with reform measures that can facilitate the newly elected president after Nov. 20 in taking significant strides toward democratic governance. The constitutional reforms proposed by President Tokayev in 2019, have enough potential to nurture democratic governance values like decentralization of power, the institutionalization of political opposition, participation of people, accountability and strong local governance, and equal distribution of wealth and other things.

To promote democratic governance, constitutional amendments are already in place whereby the new President will function with decentralized powers. The power of the Senate to make laws has been withdrawn; instead, it can just approve or reject laws passed by the Mazhilis, a lower house of the Parliament. The President can now nominate 10 members to the Senate, and the assembly of the ethnic communities would nominate the remaining five. Even the President will no longer appoint the Chairman of the Constitutional Court and the Supreme Court. Out of 10 members of the constitutional court, the President will nominate four, and the remaining three each would be nominated by the national assembly and the senate. A balance among different pillars of powers, including the executive, legislative, and judiciary, has been envisaged by wholly or partly curtailing or overruling the authority of the President. Such power distribution among institutions would ultimately enhance democratic governance in the country.

The Parliament’s audit committee that oversees expenditures to keep budgetary checks would also report to the parliament twice a year. Then, the Constitutional Court is created at the helm of the judicial system, where citizens will be able to appeal. These measures would evolve accountability in governance. The devolution of powers to the local bodies is also a vital element of democratic governance. Realizing this, Tokayev has already scheduled the first-ever direct election of the district and rural akims including maslikhats (the local representative bodies), in the first half of 2023. It will bring government bodies closer to the population they represent. Participation of the people in the political process is encouraged.

Cronyism has been discouraged by banning the president’s immediate family members from holding political and leadership offices in the public sector. In democratic governance, the long-term well-being of the people and equal distribution of wealth are primary goals. Declaring land and its subsoil as the property of the people of Kazakhstan, increasing the child care payment period to 18 months, uniform regional development, and establishing the National Fund for Children, are significant steps in this respect.

The above analysis clearly shows that Kazakhstan’s reform-oriented political system is well-poised to assist the elected president in a giant leap forward to the destination of corporate governance. “In general, people understand the essence of our plan to change the political system. To continue this work, we need a mandate of trust in accordance with the renewed Constitution. That is why an early presidential election has been scheduled for Nov. 20,” President Tokayev said.

The author is Muhammad Rafiq (Pakistan), a senior banker based in Kazakhstan with a keen interest in Central Asian studies.