Transfer from Kazakhstan’s National Fund to Budget to Reach $4.7 Billion in 2023, Expected to Decline Gradually

ASTANA – The guaranteed transfer from the National Fund of Kazakhstan to the country’s budget will reach 2.2 trillion tenge (US$4.7 billion) in 2023 and is set to decline moving forward, according to a law signed by President Kassym-Jomart Tokayev on Nov. 24. 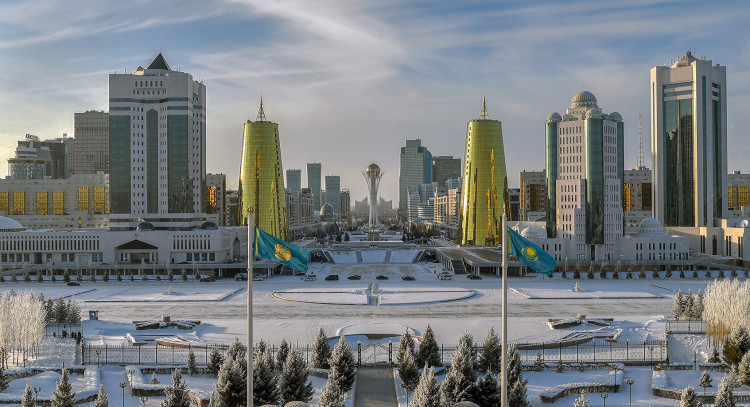 The Kazakh Ministry of National Economy proposed in April to increase the guaranteed transfer by 1.6 billion tenge ($3.4 million) to implement the tasks set by the President to the government and ensure a balanced national budget. Photo credit: Akorda.kz

Presenting the bill on transfers in the Mazhilis, a lower chamber of the Kazakh Parliament, in October, Minister of National Economy Alibek Kuantyrov said the draft law was developed taking into account the new requirements of the Budget Code.

“The volumes of the guaranteed transfer from the National Fund are limited by the new budget rule. They are determined, taking into account the cut-off price for oil and are not expected to exceed the amount of direct taxes received by the National Fund from oil sector organizations. Thus, the bill sets the oil cut-off price at $48.9 per barrel in 2023 and $42.2-40.3 per barrel in 2024-2025,” said the minister.

“According to our forecasts, setting a cap on withdrawals from the National Fund and the growth rate of spending in the medium term will improve fiscal discipline and strengthen the savings function of the National Fund,” he said.

Created in 2000, the National Fund is a governmental entity modeled on Norway’s Oil Fund to accumulate a share of the nation’s profits from oil exports. It is designed to perform two functions.

One is a stabilization function: to stabilize fiscal spending across economic cycles and reduce volatility from oil revenue inflows. The second function is to address inter-generational equity from the oil windfall.

The funds, which reached $52.3 billion as of October, are accumulated primarily from the country’s massive oil sector tax revenues. While fluctuating significantly during the financial crisis of 2008, the funds have increased substantially from just $660 million as of January 2001, according to the data from the National Bank that is in charge of the fund’s asset management.

Kazakhstan regularly taps the fund to support its budget. President Tokayev, however, reiterated on multiple occasions the need to reduce the reliance of the country’s budget on the fund.

The historically high transfer in 2020 was in response to the COVID-19 pandemic and plummeting global oil prices.