Tokayev Set to Win Kazakhstan’s Presidential Election with 82 Percent, According to Exit Poll

ASTANA – Incumbent President Kassym-Jomart Tokayev, nominated by the people’s coalition, is set to win the presidential election receiving the support of 82.45 percent of the voters,  reported the Open Society International Institute for Regional Studies at midnight on Nov. 21. 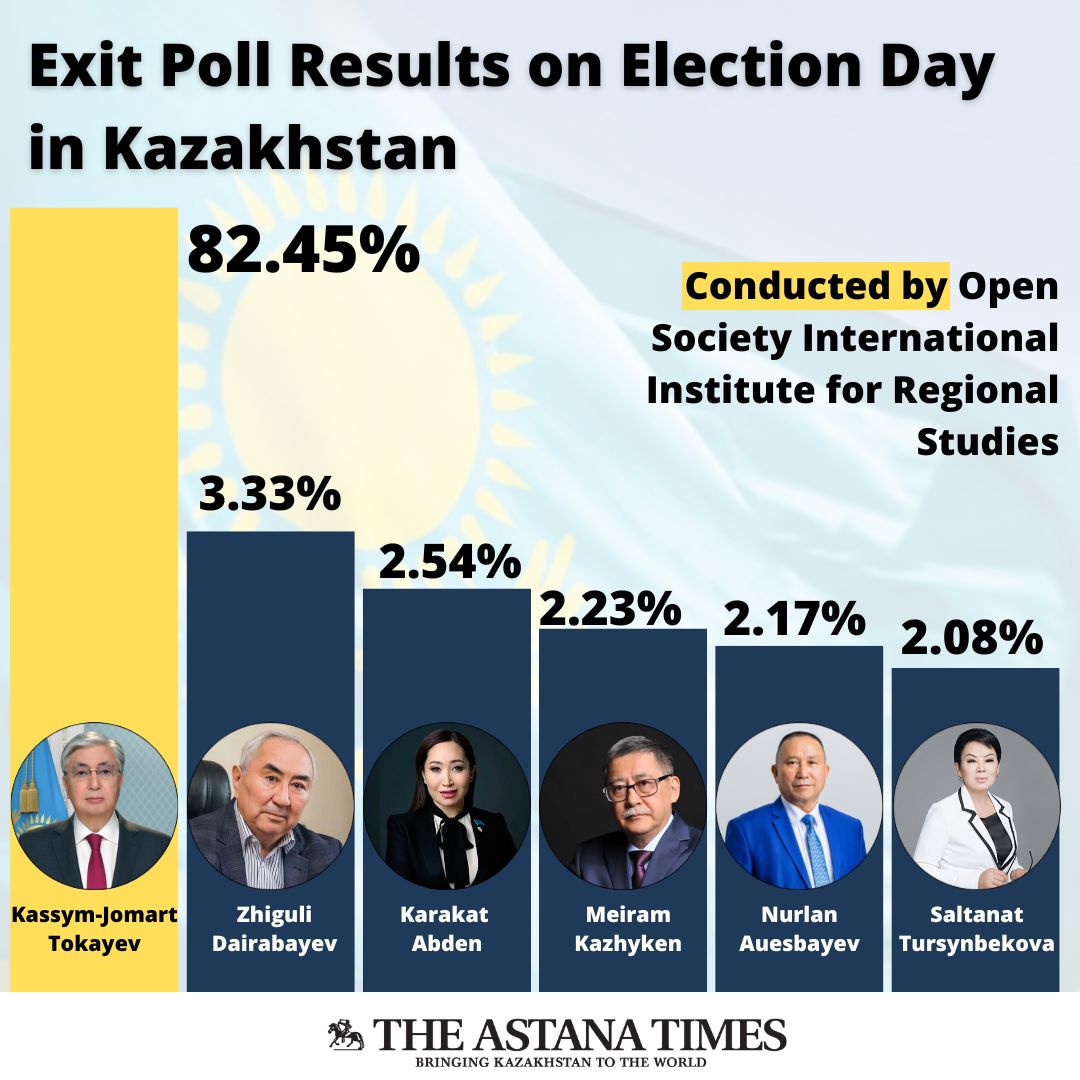 Voter turnout made 68 percent, according to the exit poll.

More than 1,600 interviewers surveyed more than 3,500 citizens outside the premises of polling stations.

The preliminary official results are expected to be announced by Nov. 22, at a time to be determined by the Central Electoral Commission (CEC).