The Power of the Stars

Congratulations to all those that took part in the recent Presidential elections, held at pace on Nov. 20. A day which also signaled the start of FIFA’s 2022 World Cup in Qatar.

As ever, England fans are looking beyond science in the hope that something, anything, will predict a victory for the Three Lions, and allow the men to match the success of the England women’s team. 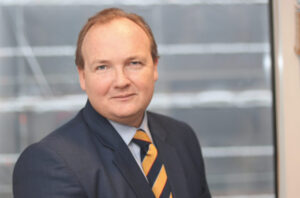 Achilles the cat, Mani the parakeet, Marcus the pig, and my favorite, Paul the Octopus have all proved unreliable fortune tellers, so I looked to the heavens and the predictive powers of the stars. If it was good enough for the Babylonians….

Now, from a zodiacal perspective, Kazakhstan’s recent Presidential election took place under the House of Scorpio. A sign known for passion, independence, and being unafraid to blaze a trail no matter what others think. What a wonderful description of the way forward for Kazakhstan.

Scorpio also hates people who aren’t genuine and will not tolerate injustice – further music to our ears.

Surely, an auspicious start to the next Presidential term?

And what does astrology tell us about the election results? Not a lot, but how do President Tokayev’s stars intersect those of Scorpio? He’s a Taurus, in case you wondered.

Although astrologically opposite, Scorpio and Taurus have a lot in common.

Both are determined, ambitious, and committed to their home. One website writes “Scorpio brings the security that soothes Taurus’ fear of being abandoned” – perhaps there is something in this astrology stuff!

Reading further “Driven Scorpio will motivate the sometimes-lazy Taurus.” And “Finances are not an issue here, as both are good with money.”

So far so good, right? The stars have spoken, and Kazakhstan’s future is bright. A Presidential election that will deliver a determined, ambitious, trailblazer who will cut out injustice, remove insincere apparatchiks and focus on making a better, richer Kazakhstan.

Horoscopes aside, there is much to suggest that the trend of policy reforms will continue: Power has been devolved, and accountability enhanced since January. With the security of a seven-year term, this is a time for the President to be bold; to deliver; to enhance the sovereignty of each citizen; to share the wealth of the nation with the many; to enhance justice and safety for all; and, once again, to make Kazakhstan the beacon of hope for all countries across Central Asia.

A beacon of stability, safety, and tolerance and a country that does what it says it will do. A safe harbor for investors and a great place for tourists looking to visit the many areas of outstanding beauty across Kazakhstan.

But how? How can a Taurus achieve the reforms that the people of Kazakhstan deserve?

For those who have ever walked through a field with a bull in it, you’ll know that its power doesn’t rest in its elegance, politics, or smooth words.

The power of a Taurus lies in its might, it’s muscles and its sharp horns. A bull get’s things done not because of the sweetness of its word, but by the power and heft it exerts. It doesn’t do ballet, but give it the ball at the back of the scrum and it scores every time. A Taurus delivers and encourages others to do the same.

However, for every powerful, magnificent Taurus, there is a smooth-talking, gilded matador. Usually a short man, bitter about all he lacks, who has dedicated his life to using guile to destroy others. Small hands, small minds, and, well, small everything. But to anyone questioning the power of the small to effect change, spend a night in a room with a mosquito. Resplendent in their tailored suits, they are the antithesis of the power and majesty of the bull. They entice, encourage, and frustrate the bull to its death.

But not always. Sometimes the wily bull wins.

And that will be a challenge for President Tokayev. A leader with all the power, and the mandate, to deliver significant reforms and improve Kazakhstan for all. But a man surrounded by smooth-talking matadors, gleaming estoc in hand, waiting to administer the coup de gras. One hand on the sword, the other one shoveling money into their grubby purse.

My advice to the President: Clear out the matadors, and ruthlessly deliver your pioneering manifesto of development and reform. Let no man stop the charge of the Taurus for a better Kazakhstan, and use the new mandate to convert words into actions.

Failure to do so won’t just be bad for the President, but will also be a sting in the tail for all Kazakh citizens.

Can it be done? Let’s ask tentacled Paul?

Prof. Mark Beer OBE is a co-Founder of Seven Pillars Law in Kazakhstan, as well as a visiting fellow at Oxford University, a professor at Shanghai University for Political Science and Law, and a member of the World Economic Forum’s Expert Network. Mark specializes in helping to resolve disputes, whether between Governments, companies, or individuals. He also Chairs The Metis Institute, which advises Governments on the implementation of the reform that promotes citizen-centric dispute resolution.