ASTANA – Five Kazakh presidential candidates and one representative of a candidate presented election programs in a Nov. 12 live televised debate at the Kazmedia Center in the capital. 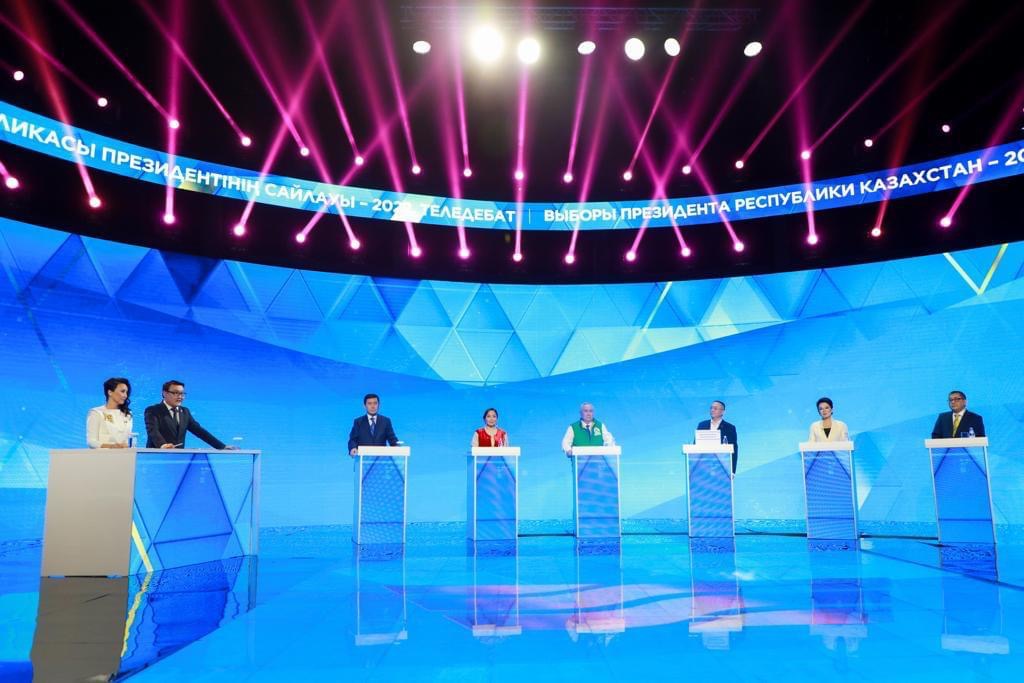 Unlike previous years, the debate, which was broadcast for one hour and 40 minutes, included four rounds, with a new round where voters pose questions to candidates. 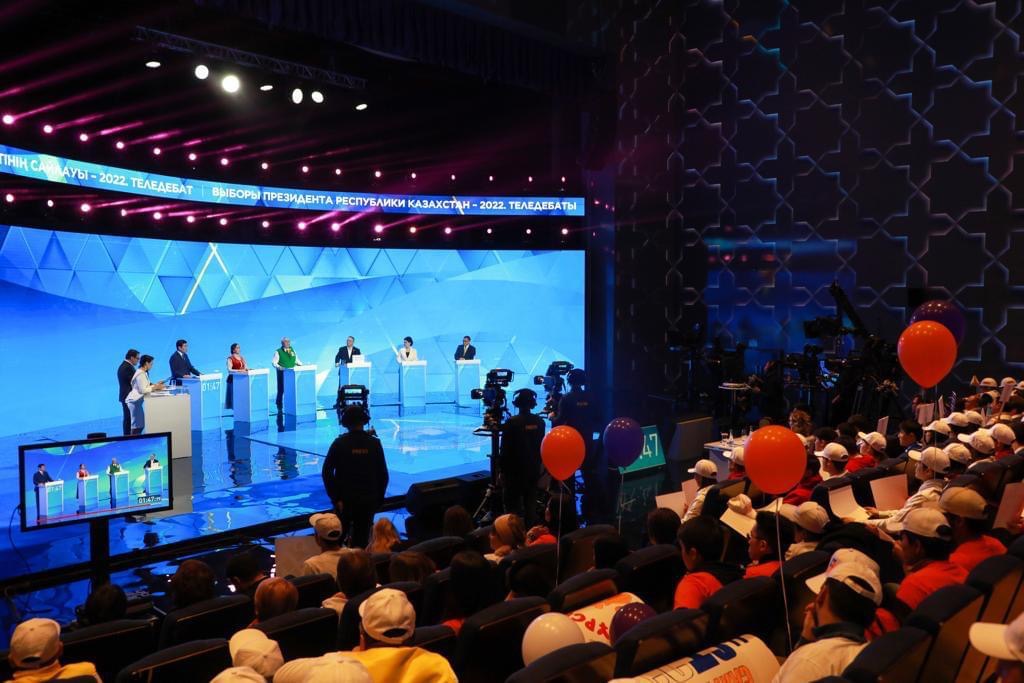 In the first round, the candidates presented their electoral program. They were each given three minutes for this.

“The country’s political system will be radically overhauled, and objective and independent justice will be ensured. The fight against corruption will be merciless. Interethnic unity and harmony will be strengthened. Social issues will be addressed systematically. Shortage of kindergartens, schools and dormitories will become a thing of the past. All the money taken away from the corrupt officials will be used to build schools and new schools,” said Koshanov during the debate.

“Appropriate conditions will be created for children and mothers according to the program. Solving the problem of free secondary education, providing free hot meals, creating conditions for the development of talents and abilities of children, introducing a new subject on the education of national values into the school program, and allocating separate grants to children with orphan diseases. The older generation will be supported, including the expansion of the list of medical services,” she said.

Zhiguli Dairabayev outlined three key principles in state development. Representing the Auyl Party, his campaign platform builds on the agricultural sector and the rights and interests of working people.

“The first direction is to establish the principle of steppe democracy inherent in our nation. The second direction is to modernize our consciousness and call every citizen to high culture. The third direction is to turn Kazakhstan into an agrarian power with developed villages. The way should be open for those who will undertake the business. Loans should be freely available. Farmers who provide food security should be exempt from all kinds of taxes,” said Dairabayev.

Auesbayev, in turn, focused on the fight against corruption.

“Corruption must have the longest possible punishment. It is necessary to build a people’s economy, not oligarchic capitalism,” he said.

Tursynbekova spoke about the social reforms that she would implement if elected.

​​”Social issues must be addressed as a priority. It is necessary to revise the minimum wage and cost of living, develop a program to combat poverty, and solve the problem of housing. It is necessary to give families maternity capital and provide all children with benefits. Reduce the indebtedness of the population, and write off debts to families in need. Improve the quality of life of people with disabilities, and provide the population with quality education and medical care. And most importantly, to reduce the retirement age for women to 58 years,” said Tursynbekova.

Kazhyken was the last to speak in the first round.

In the second round, each of the candidates had to answer two questions from their challengers and ask two questions of their own. The same candidate could be chosen no more than twice.

In the third round, each of the candidates answered voters’ questions for up to two minutes.

The first question was addressed to Kazhyken, where a Karagandy resident asked why he did not visit Shakhtinsk, where five workers were killed last week in a methane explosion.

A resident of Aktobe asked Saltanat Tursynbekova what measures the candidate proposes to address the problem of domestic violence.

The third question was addressed to Auesbayev. He was asked why the representative of the opposition, which he deemds himself, decided to participate in these elections and why the National Social-Democratic Party, which he represents, did not run in the elections in 2019.

A voter from the Kostanai Region asked Dairabayev to list five achievements during Dairabayev’s chairpersonship of the country’s Association of Farmers.

A resident of Shymkent asked Karakat Abden about her attitude towards marriages between Kazakhs and foreigners.

Yerlan Koshanov was the last to answer the voter’s question. He was asked when political reforms would begin in Kazakhstan.

In the fourth round, the participants address the voters for two minutes each.

The campaigning period will last until Nov. 18 and Nov. 19 is the day when any campaigning is prohibited. On Nov. 20, the citizens of Kazakhstan will head to the polls to vote for their next President.