By Staff Report in Nation on 3 November 2022

ASTANA – The Asset Recovery Commission has returned more than 630 billion tenge (US$1.35 billion) of illegally obtained assets to the state, including US$400 million from overseas, said Kazakh Prosecutor General Berik Asylov at a Nov. 2 meeting in Astana, reported the Prosecutor General’s Office press service. 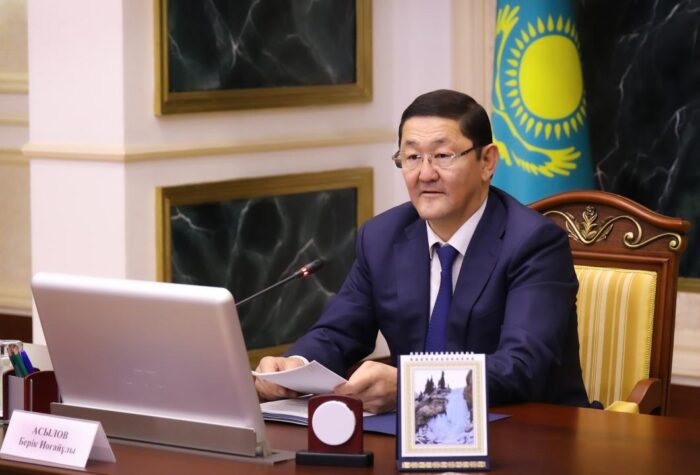 According to the prosecutor, the commission initiated the  return of more than 140,000 hectares of land plots illegally procured or not used for the intended purpose worth 5 billion tenge (US$10.7 million).

Following the Prosecutor General’s Office audit results in the customs sphere, 57 billion tenge (US$122.7 million) was returned to the nation’s budget.

Asylov said that the Prosecutor’s Office filed 13 lawsuits to return assets worth 13.5 billion tenge (US$29 million) to the state.