ASTANA – The presidential candidate Karakat Abden has promised to create decent living conditions for all Kazakh families based on the notion that a person is the main wealth of the state. Her program focuses on traditional and family values and the strengthening of social reforms that would provide conditions for a “friendly family, happy children, intellectually, spiritually and physically advanced young people, and an older generation grateful to their descendants.” 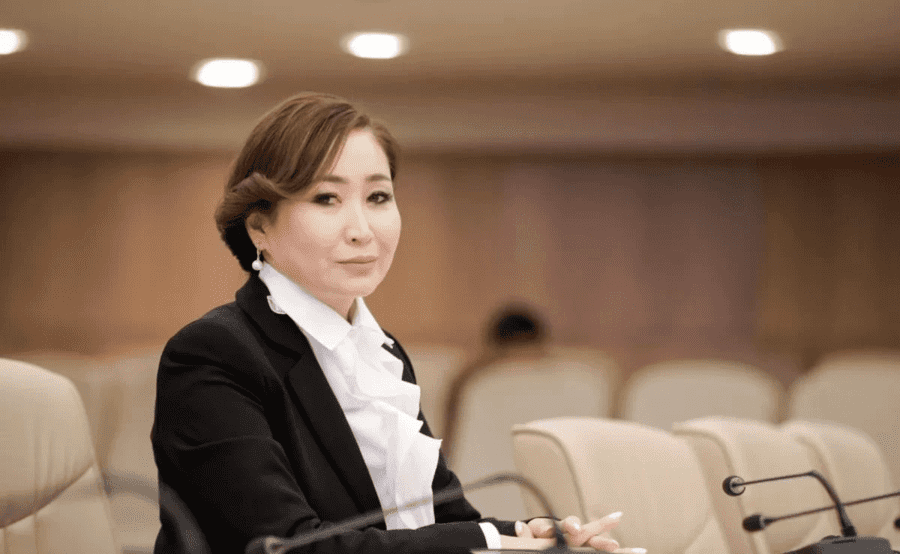 Abden intended her election campaign for whom she calls “four pillars of society: families, children, youth, and the older people.” Photo credit: abden.kz

Abden, 48, is a public activist and external adviser to the Astana akim (mayor) on social issues. Throughout her career, she has held leading positions in the tax committee, worked as a deputy director of the National School of Public Policy, served as a maslikhat (local representative body) deputy, and was a member of the Amanat (former Nur Otan) party.

She headed the Nur Bobek preschool and supplementary education center and in 2014 founded the Qazaq Qyzy Institute of Cultural and Moral Education which teaches the younger female generation the principles of national etiquette, traditions, housekeeping, sewing, psychology, and social skills.

Abden is also the author of a book on national traditions and on raising Kazakh girls called “You are a Kazakh Girl. Be Proud!” which elicited mixed reactions from readers back in 2019, when it was first published.

Her role as a social adviser and her extended experience in education has served as a foundation for her electoral program. She has run a campaign that has set her tone apart from other candidates’ usual hardline rhetoric on politics and economic reforms, in favor of social reforms. 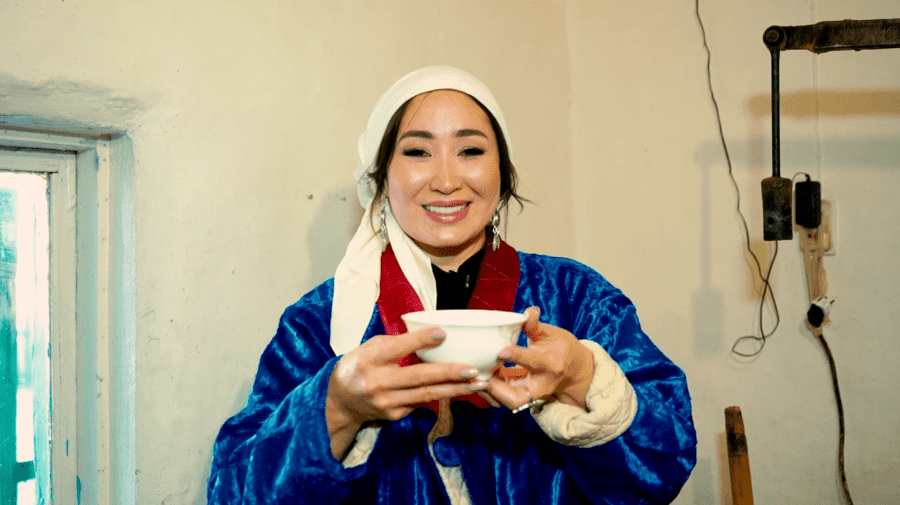 “My electoral program is socially oriented,” wrote Abden on the electoral campaign website. “There is a stereotype that social measures bring enormous losses to the state treasury. But this is a misconception. (…) Accessible, free high school education, free higher education, an inclusive society, a carefree old age – this is the goal we should strive for!”

Her election campaign is intended for whom she calls the “four pillars of society: families, children, youth, and the older people.”

On social policies concerning families, for example, she has proposed to oblige employers to support young families at companies on the legislative level and has offered to introduce a system of cash certificates for housing.

“Certainly, one of the central roles in the preservation, maintenance and development of the family must be played by women,” said Abden.

She said her government would recognize a woman raising a child at home as a worker and include that time in her work record, reduce requirements to being awarded the status of a mother with many children and provide access for each child to attend schools and kindergartens located in his or her neighborhood. 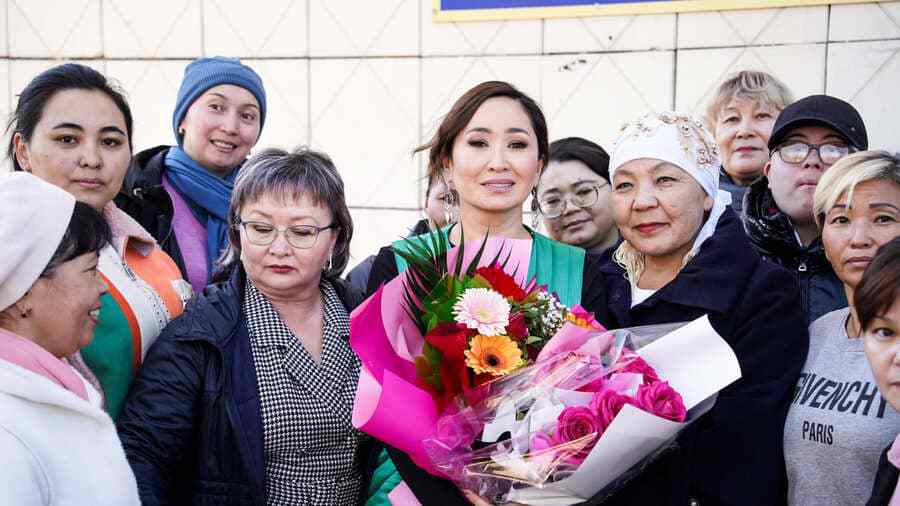 Abden visited Shanyrak large families support center in Karagandy. As a mother of five children, she advocates for support of women and mothers. Photo credit: abden.kz

Abden’s children and youth support strategy include legislating the construction of educational facilities in sync with population growth, the unification of the healthcare system for children with rare (orphan) diseases, payment of a stipend in accordance with the wage system and provision of all students with free higher education.

“There are more than six million children in Kazakhstan. This means that one-third of the country’s total population is made up of young citizens, who tomorrow will shape the future of our homeland,” said Abden on her campaign platform.

Her program for the older generation whom she refers as the golden generation focuses on arrangements for a “beautiful old age, unmarred by want and exorbitant cares of a material nature.” Abden is advocating the development of proper treatment and rehabilitation systems for older people, the development of a program that would allow people of retirement age to travel around the country at discounted rates and the organization of joint recreational activities.

“More than 11 percent of the country’s residents are the older generation. They are the guardians of spiritual values and can pass on to their descendants the invaluable experience accumulated by the Kazakh people over centuries of history,” reads her campaign message.

Over the past two and a half weeks, Abden was campaigning across all of Kazakhstan. She conducted over 20 meetings with the residents, labor collectives, and business representatives of large cities like Aktobe, Karagandy, Ekibastuz, Kyzylorda, Pavlodar, and Semei, along with the meetings in rural areas of the Akmola, Almaty, Ulytau and Aktobe regions.

“During those meetings, I noticed that no matter what issues people raised, all of them were reflected in my election program,” wrote Abden on Instagram.

“If we put aside the election campaign, for any person, nation, religion, in any part of the world, there are values that are a few steps higher in meaning and importance than others – those are a blessed family, a healthy mother, a happy childhood, and a beautiful old age,” she added.

“Woman can do anything! Milk a mare, prepare kymyz (fermented mare’s milk), run a country!” said Abden, pictured preparing kymyz as a demonstration of her stance on preserving traditions and supporting women during her visit to rural areas.

Abden’s campaign will culminate in presidential debates scheduled on Nov. 11.