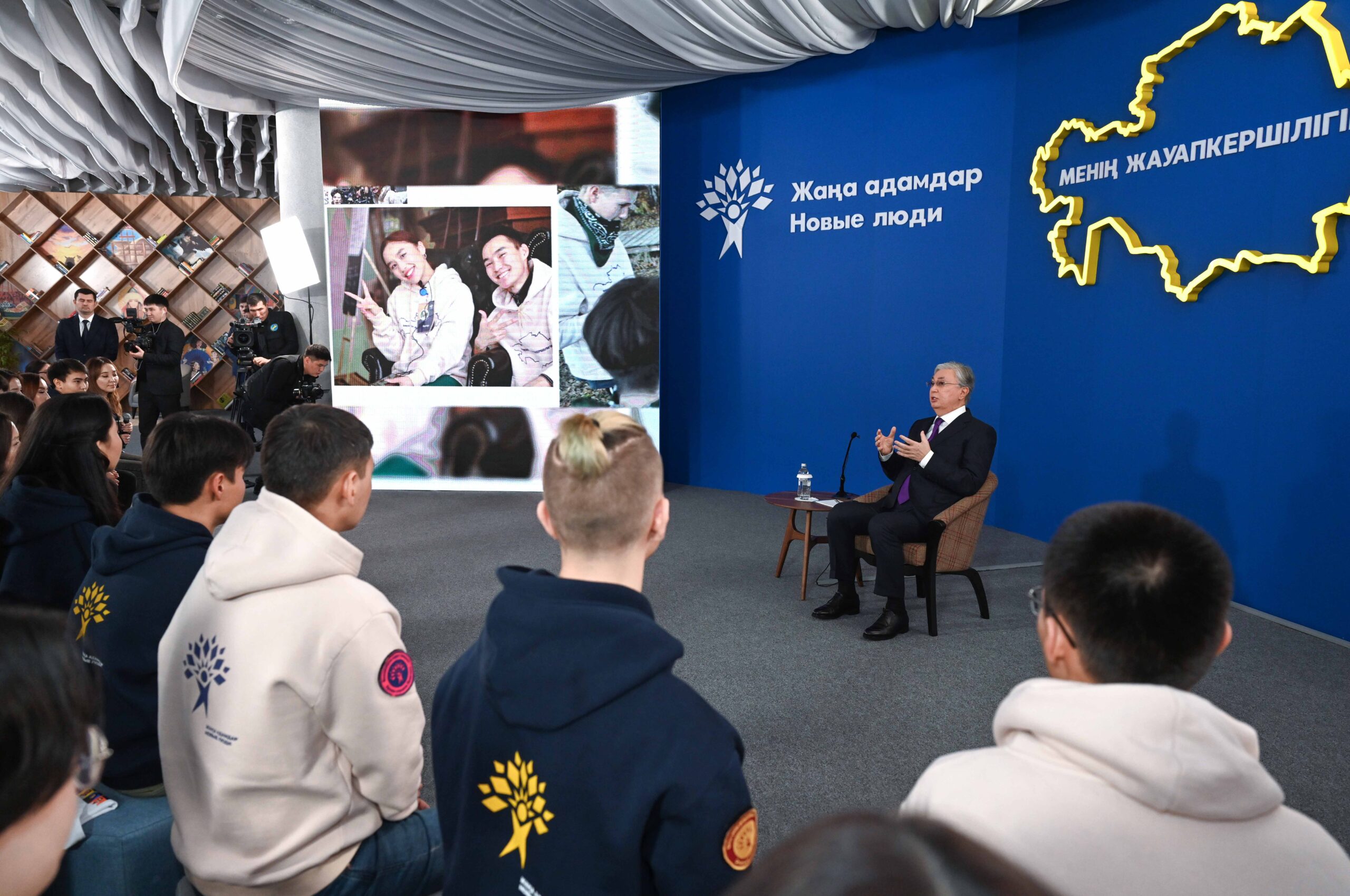 Welcoming the initiative, the President said that the state is undergoing modernization processes and reforms to build a Just Kazakhstan. Kazakh citizens, especially young people, should follow the principle of diligence. According to him, now is a time of big decisions and breakthroughs.

“People today refer to Elon Musk’s experience and life practice. He and his family emigrated from South Africa to the United States. Thanks to his ingenuity, courage, and inventiveness, he achieved what is now known as the ‘Elon Musk Effect.’ There are numerous examples of this. I recently met with our young people in New York who have graduated from U.S. universities and are working in U.S. companies. I told them that we regard them as Kazakh citizens. Wherever they work, whether it is New York or European countries, they remain Kazakhs,” Tokayev said.

According to him, young people should participate in the country’s public life, secure the national interests, propose ideas and help to implement them.

“Through civic activity, you can, firstly, benefit the state, and secondly, prove yourself. (…) I think that among you, there are those who, over time, can become deputies and ministers, and maybe even the president of our state,” Tokayev said.

The President encouraged young people to build a tolerant and progressive society together, stressing that only conscientious citizens can be fully responsible for their state.

“At one time, Abai introduced the concept of a ‘person of integrity.’ Abai was ahead of his time when he spoke of an integrated person in knowledge, comprehension, and societal demands, integrated into all of his manifestations and knowledge. As a result, each of us should try to be a person of integrity, a responsible citizen,” the President said.

At the end of his speech, the President quoted a famous poem by Kazakh poet Magzhan Zhumabayev.