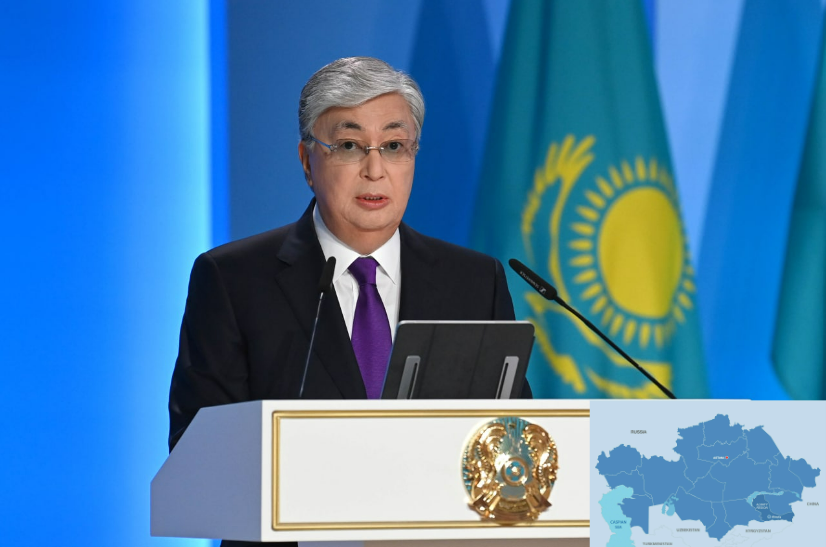 The President also underlined that Kazakhstan should promote its progressive agenda through diplomacy, playing an increasingly vital role in today’s geopolitical realities.

According to him, the country will always firmly adhere to the universal values of the United Nations. On the other hand, he said the organization should evolve into a more inclusive global structure that considers the interests of all states.

“This is especially important at a time when military conflicts in different parts of the world, growing distrust between states, and various terrorist and hybrid threats are on the rise. Being in the very center of Eurasia, Kazakhstan feels its influence. However, we will not diverge from our intended path of reform, the ultimate goal of which is to build a strong state and a just society,” he said.

The President stated that large-scale political reforms were implemented in the country owing to the national dialogue and civil society. He stressed the international community’s support for the ongoing reforms.

“The world has recognized Kazakhstan’s new meaning and image. It is not an exaggeration. The most crucial thing is that the changes will continue. Kazakhstan will grow dynamically and eliminate all stagnation,” said Tokayev.

Tokayev also addressed women’s status in society. Emphasizing the country’s significant progress in this area, he said the state creates opportunities for women to participate in politics, government, and business on a systemic level.

According to Tokayev, Kazakhstan, along with Singapore, South Korea, Japan, and the United Arab Emirates, consistently ranks among the leading Asian countries regarding gender equality.

“Women have always played an essential role in our history and have had a unique status in society. Daughters of the Great Steppe have been reliable guardians of the cultural traditions and spiritual and moral values of our people. As we move steadily along the path of progress and creation, we must not succumb to trends that are alien to our mentality, restricting the rights of women,” he said.