By Saniya Bulatkulova in Society on 13 November 2022

ASTANA – Thirty volunteers unveiled the largest flag of Kazakhstan during the pre-match show of the game between the capital’s Barys Hockey Club and Podolsk’s Vityaz Hockey Club as part of Ashyk Aspan (Open Sky) action at Barys Arena in Astana on Nov. 8, reported club’s press service. 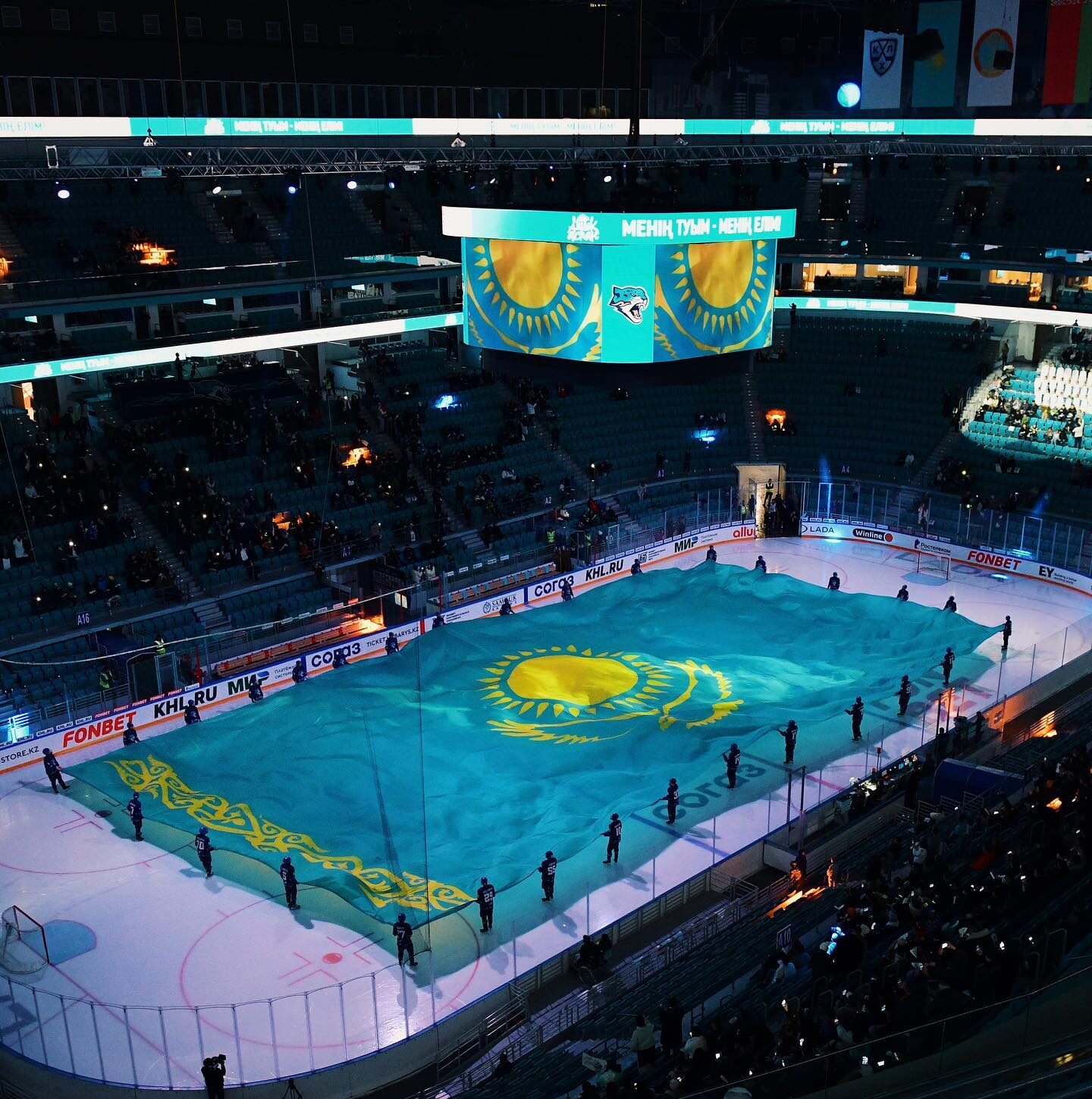 The area of the flag is 800 square meters and its weight is approximately 60 kilograms.

The action was accompanied by the singing of the children’s choir and sought to support the sense of patriotism among hockey fans.

According to Tlek Kanalin, one of the campaign’s organizers, the production of the flag took nearly two weeks.

“The flag was made in accordance with all technical standards of Kazakhstan, its production took approximately two weeks. The material is parachute silk,” Kanalin told the Kazinform agency.

“I felt a sense of honor and great pleasure when I saw our flag. Such events with state symbols always awaken patriotic feelings in people’s hearts. I came with my son and was happy to share this moment with him as a father,” said one of Barys Hockey Club’s fans in an interview with Zakon.kz agency.

Earlier on Oct. 22, professional skydiver Oleg Toshchev deployed the country’s largest flag during a parachute jump from a height of approximately 3,000 meters, dedicated to the celebration of Republic Day on Oct. 25.