By Staff Report in International on 11 November 2022

ASTANA –  Kazakh Deputy Prime Minister and Minister of Foreign Affairs Mukhtar Tileuberdi reiterated Kazakhstan’s firm commitment to its obligations within the Organization of Turkic States (OTS) during a Nov. 10 meeting of the Council of Foreign Ministers of the OTS, reported the ministry’s press service. 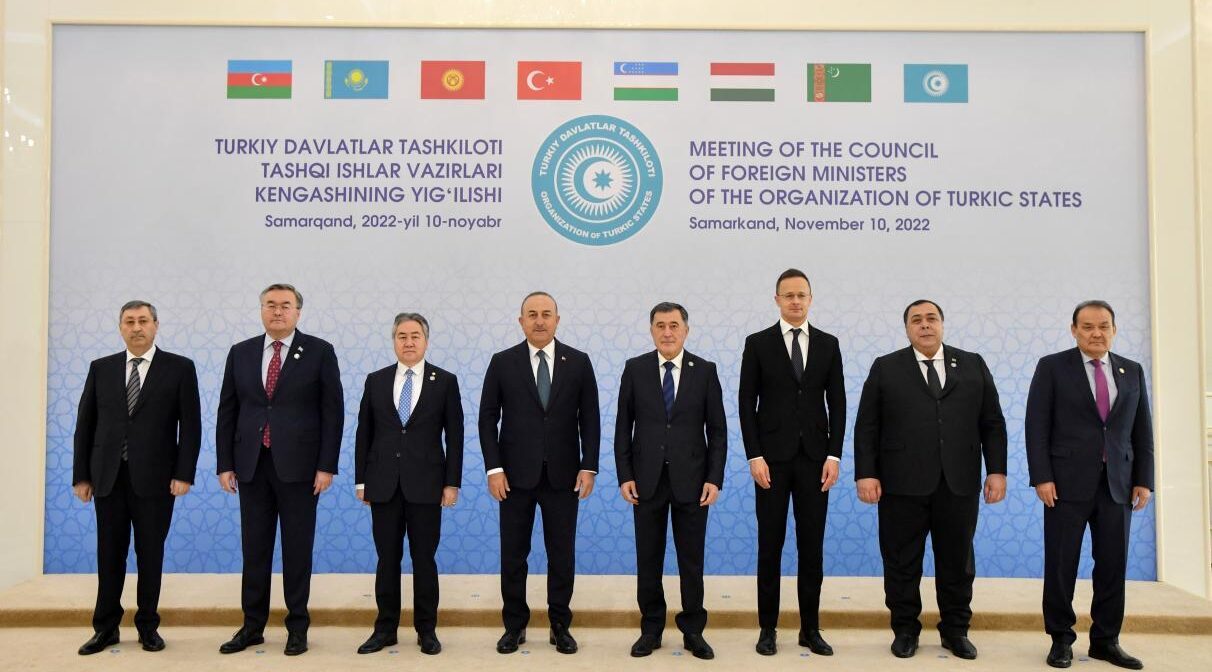 The OTS Council of Foreign Ministers met on the eve of the ninth OTS Summit in Samarkand. President Kassym-Jomart Tokayev arrived at the summit and was welcomed by the President of  Uzbekistan Shavkat Mirziyoyev.

Tileuberdi added that the country is ready to contribute to the expansion of cooperation, strengthening economic and cultural connections among member states, and increasing the organization’s efficiency.

During the meeting, participants discussed the agenda for the ninth OTS Summit, including the draft documents and decisions scheduled for signing and adoption at this event.

The OTS  was established at the initiative of Kazakhstan in 2009. Azerbaijan, Kazakhstan, Kyrgyzstan, Türkiye, and Uzbekistan are full members, while Hungary and Turkmenistan hold observer status.