Kazakhstan Marks International Day for Elimination of Violence against Women

By Staff Report in International, Society on 25 November 2022

ASTANA – The International Day for the Elimination of Violence against Women followed by the global campaign titled 16 Days of Activism Against Gender-Based Violence is celebrated on Nov. 25. 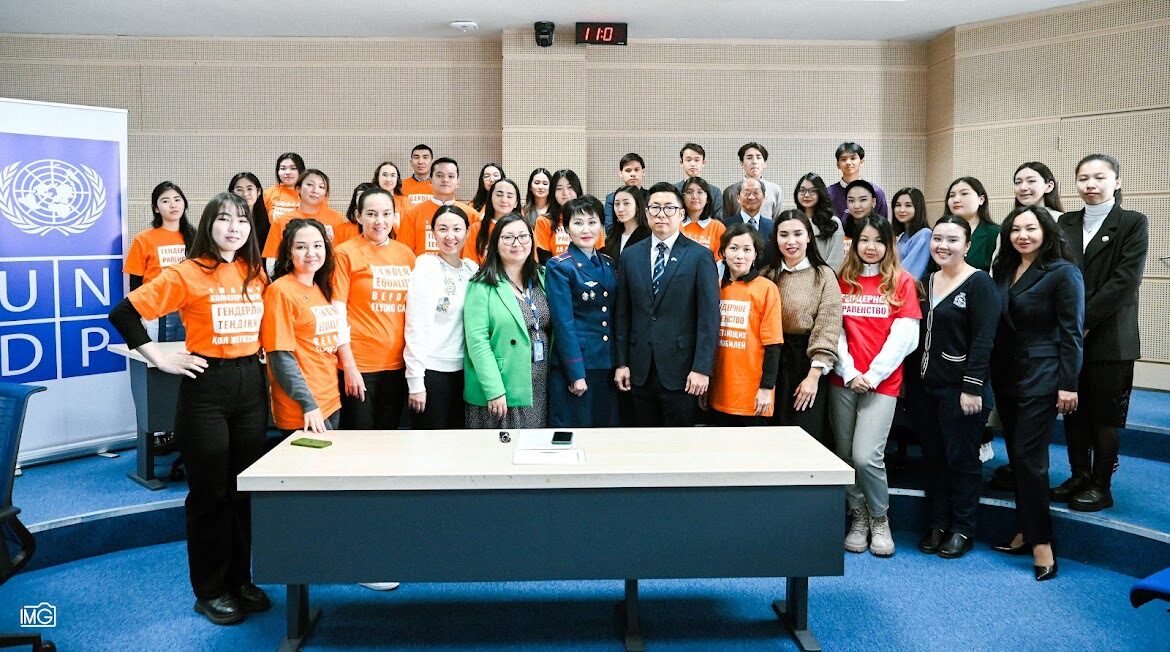 Participants of the seminar for NU and AITU students on preventing gender-based violence in campuses of Kazakhstan. Photo credit: Nazarbayev University

This campaign is an invaluable tool to raise awareness on these important issues and to support complex public discussions about violence against women and girls, according to the UN Refugee Agency in Central Asia.

“We stand ready to continue supporting both the authorities and civil society in their efforts to develop plans, strategies and enact necessary legislative amendments to protect women and girls against any form of violence in line with the Convention on the Elimination of All Forms of Discrimination against Women,” reads the joint statement of the diplomatic missions, international organizations and UN country teams.

Nazarbayev University, one of the country’s leading universities, hosted a seminar for students on preventing discrimination and harassment in universities together  with the United Nations Development Programme in Kazakhstan on Nov. 18.

“It is something that we all have to put our heads together and discuss. The worst thing is to pretend that this does not exist. Otherwise, we will never find any way out. It is important that we discuss and understand the problem, and also try to see how individuals and groups of women cope with this, developing coping strategies. It is important not only to look at the syndrome, but the cause too,” said NU President Shigeo Katsu in his welcoming remarks.

The experts highlighted key policies and tools for creating a safe environment and discussed gender stereotypes and prejudices against women and men as the leading causes of gender inequality during the meeting with students of Nazarbayev University and Astana IT University.

According to the UN, there are nearly 1.3 billion survivors of sexual violence across the globe and one in three women has experienced physical or sexual violence by an intimate partner in their lifetime.

The Astana police department reported, they received more than 14,000 domestic violence calls from all over the country since the beginning of this year.

Student Ombudsman and Advisor to the Kazakh Minister of Science and Higher Education Aisulu Yerniyazova announced plans to establish  a National Union of Students, whose members will be involved in solving many of the student issues, including gender equality.

Kazakhstan is working on toughening penalties for domestic violence offenses and sexual abuse of children. The government intends to introduce norms to strengthen the protection of children from sexual abuse and facilitate access to justice for child survivors of sexual crimes, in line with international norms.