ASTANA – The government is determined that the election will be open, transparent, and fair, said the Kazakh officials during the meeting with the representatives of foreign media on Nov. 18. 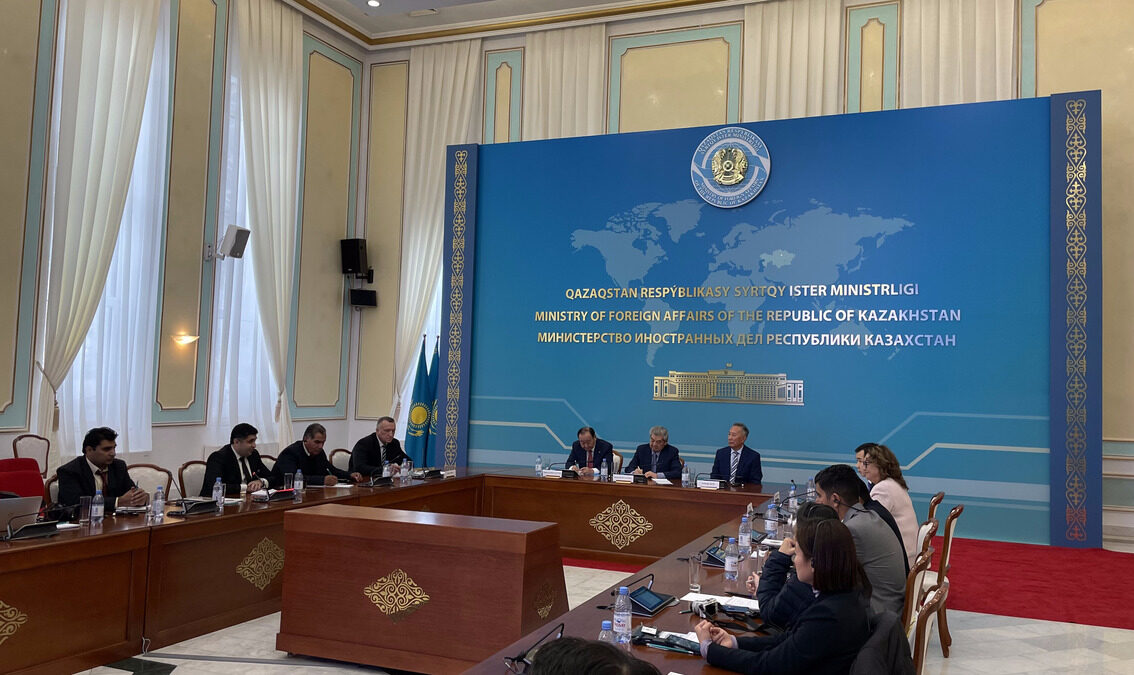 Kazakh officials presented to foreign journalists the summary of key reforms implemented in the country and major facts about the upcoming presidential election. Photo credit: astanatimes.com

The meeting agenda also included the key reforms implemented in the country and major facts about the election.

Kazakh Deputy Minister of Foreign Affairs Roman Vassilenko said the presidential election is a historically significant event that “marks another milestone in one of the most transformative periods in the country’s modern history.”

President Kassym-Jomart Tokayev announced plans to hold the early presidential election in his state of the nation address on Sept. 1, 2022. A mandate of trust of the people was required to implement comprehensive reforms to build a just and fair Kazakhstan.

In January, the county experienced tough challenges and upheaval that became a catalyst for the major changes.

“The head of state proposed political reforms, which required amendments to one-third of our country’s constitution,” explained Vassilenko. “The amendments were put to  vote in a national referendum, which was held on June 5. Our citizens voted overwhelmingly in favor of the amendments and the reforms. And earlier this month, President Tokayev publicly signed six important laws, including constitutional laws adopted following this referendum. The entry into force of these laws contributes to greater democratization of the political system and the system of checks and balances between the branches of state power.” 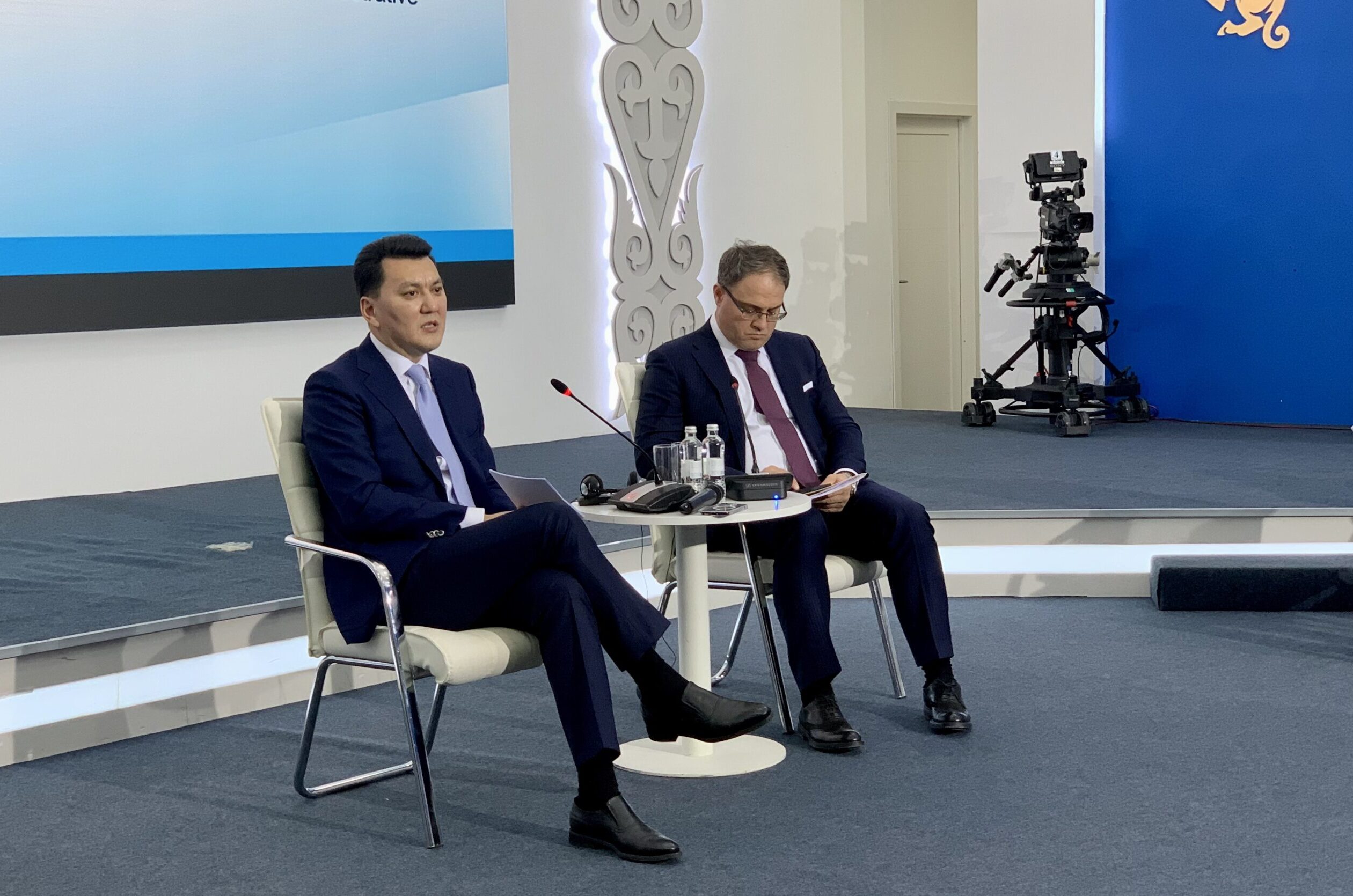 The key reforms include the redistribution of powers from the President to the Parliament, the establishment of the Constitutional Court in January last year, simplified procedures for the registration of political parties, increased participation of citizens in the governance of the state, and for the protection of human rights. Among key objectives are the decentralization and distribution of power across the country, strengthening rule of law, and equal opportunities for every citizen.

People have the opportunity to voice their opinion and vote on the changes that are taking place in the country and on the future direction of the nation, said Vassilenko.

It should be noted that this will be the seventh presidential election held in Kazakhstan since its independence in 1991.

“It is perhaps one of the most important in our nation’s history. Six candidates are running in the election with varying political views. They include not only representatives of political parties but also representatives of various associations that speak for different interests of society. If any voter feels that none of these candidates deserve their vote, an option against all will be on the ballot in the upcoming election,” said he.

For the first time in Kazakh history, two female candidates are running for office. This is another “important step” in Kazakhstan’s ongoing democratic development. Over many years, Kazakhstan has been taking concrete steps to ensure gender equality and promote women’s role in business and politics.

“We are now witnessing some fruits of these efforts,” concluded Vassilenko.

More than 12,000 Kazakh citizens can cast their votes at 68 polling stations across 53 countries.

The Central Election Commission has accredited more than 614 observers. In addition, a total of 254 foreign reporters have been accredited to cover the election.

Deputy Chair of the Council of Senators Byrganym Aitimova noted all necessary measures had been taken to conduct elections in full compliance with the legislation of Kazakhstan and international standards.

Kazakhstan has adopted several important constitutional laws designed to strengthen the human rights protection system, to ensure a balance of powers and responsibilities between the branches of government and the center and region.

The laws seek to contribute to the development of democratic institutions. “The objective of the changes is a new political course to build a new Kazakhstan,” said Dulat Kusdavletov, a member of the Council of Senators under the Senate of the Parliament.

The issues related to women representation in public office, election organization across the country and abroad were also discussed at the meeting.

The upcoming elections would start “a cascade process of practical implementation of the reforms,” said Karin. “This election is aimed at launching these reforms, renewing the institutions, and qualitatively rebooting the political system.”

“It is safe to say that an entirely new model of state political structure will emerge for Kazakhstan, where relations between different sectors of government would be balanced, where conditions for an open, competitive political competition would be created, where the opportunities for direct participation of the population in state policies will be expanded,” he added.

Over the years, the mechanism of permanent exchange of views and demands between the government and public has been developed, according to Karin.

“The basis of any national consensus is the convergence of citizens’ expectations and the authorities’ plans,” said Karin. “In our case, the constitutional referendum [held on June 5] showed that there is support for the President’s initiatives [among the public], and the elections would show to what extent the citizens share the future development plans of the country.”