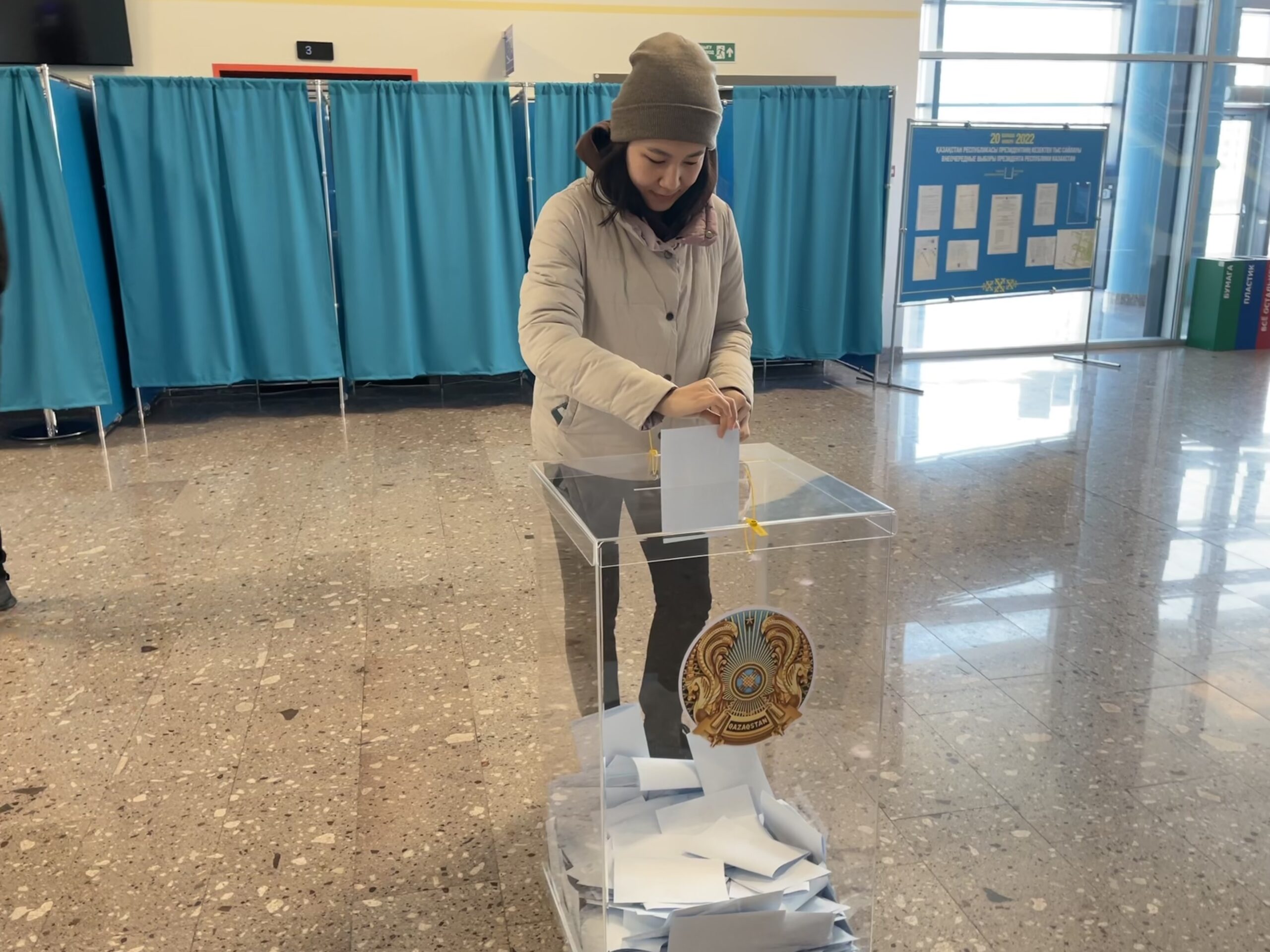 Akmaral Tokbergenova, a 27-year-old resident of Astana, hopes the changes are coming and that all of them will be for the good.

“Today I am going to vote because I consider it a kind of duty, not so much a duty to the country, but probably more to myself. Perhaps now, at this stage of my life, I still cannot do anything of substance, change something radically, but you have to start somewhere,” Tokbergenova said in an interview for this story.

Working as a project manager in one of the capital-based companies, she remembers her first time voting when she was a student at Nazarbayev University.

“These elections also seem like ‘turning over a new leaf,’ and I sincerely believe that this will work out. For sure, many people around say something along the lines of what is the point of going to vote, everything is decided, but in my opinion, it is precisely this indifference and callousness that is the worst. After all, sitting and doing nothing is the easiest way, and trying to do at least something is already a step towards a better life,” she noted. 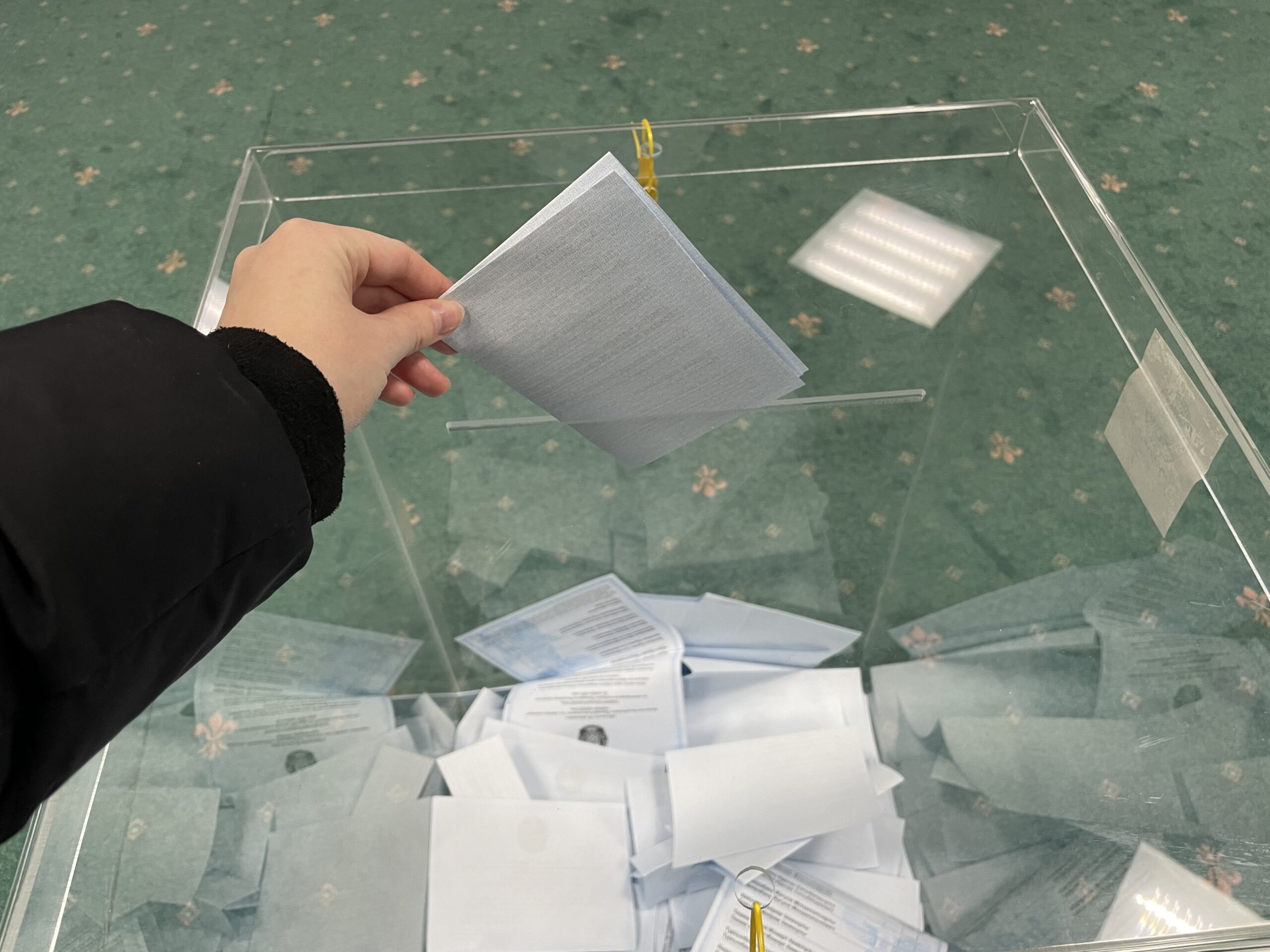 A voter putting her ballot in the ballot box. Photo credit: Galiya Khassenkhanova.

Maira Shachshanova is a 68-year-old university professor from Karagandy. She said that election day feels special to her.

She noted that her colleagues share her sentiment and feel the need to fulfill their civic duty.

“We believe that it is imperative to vote. When I say we, I mean the older generation. We understand this is important for our country. Looking at the global political situation, we want stability and prosperity in our country. I think that presidential election are a guarantee of a quiet and peaceful life,” Shachshanova said.

Nurzhamal Mergenbayeva, a 111-year-old woman who lives in the Almaty Region, also cast her vote today, reported Orda.kz. Mergenbayeva, the oldest person in Kazakhstan, was born in 1911 and has seen World War II and the collapse of the Soviet Union. 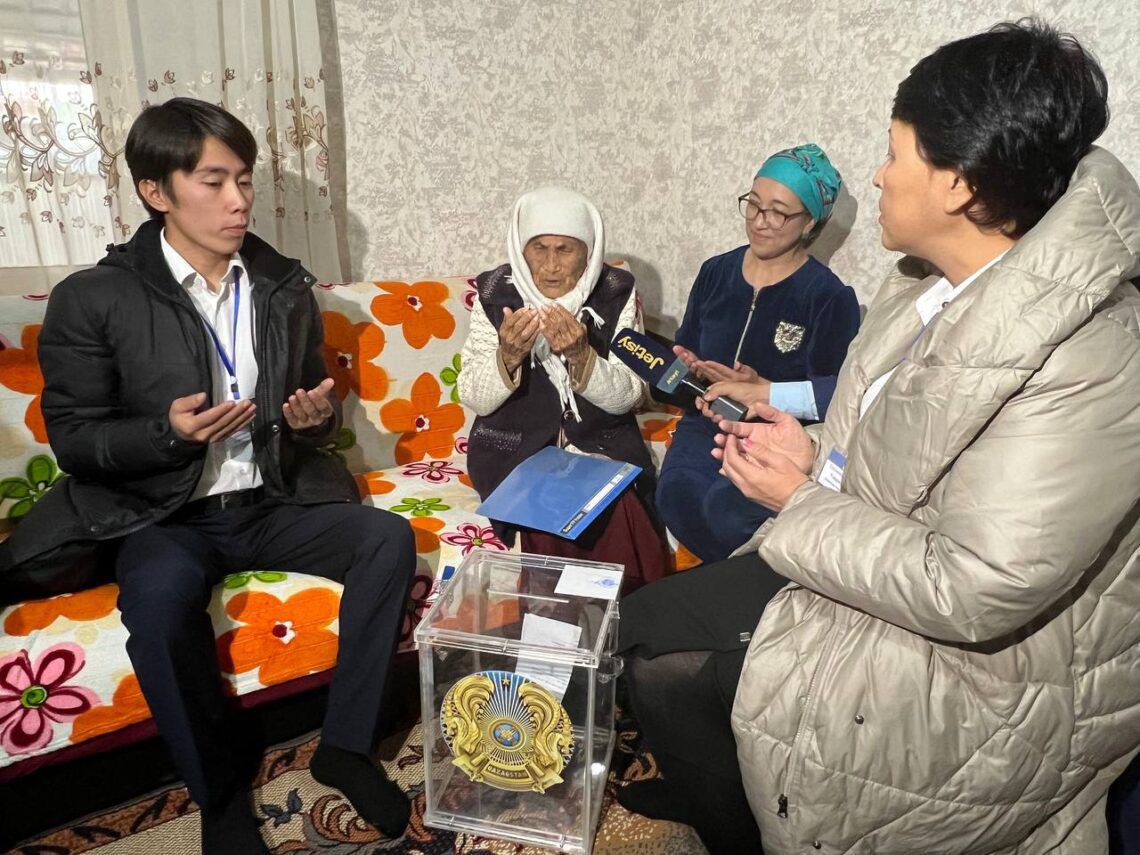 “Be healthy, and live your life as long as I have. I have lived a very long life,” said Mergenbayeva while giving her blessings.

Older citizens have an opportunity of voting from home if their health is in poor condition. The representatives of the local election commission come with the ballot and the box to the person’s home, which is how Mergenbayeva was able to vote.

The Kazakh citizens have been voting since 7 a.m. and will continue until 8 p.m. The overall voter turnout as of 6 p.m. is 67.85 percent, which is 8,108,668 citizens out of nearly 12 million eligible voters, reported Central Election Commission member Shavkhat Otemissov during a press conference.