ASTANA – Foreign observers noted the outstanding level of organization of the Kazakh presidential election and praised the country’s reforms during a press briefing at the Center for Assistance to International Observers on Nov. 20. 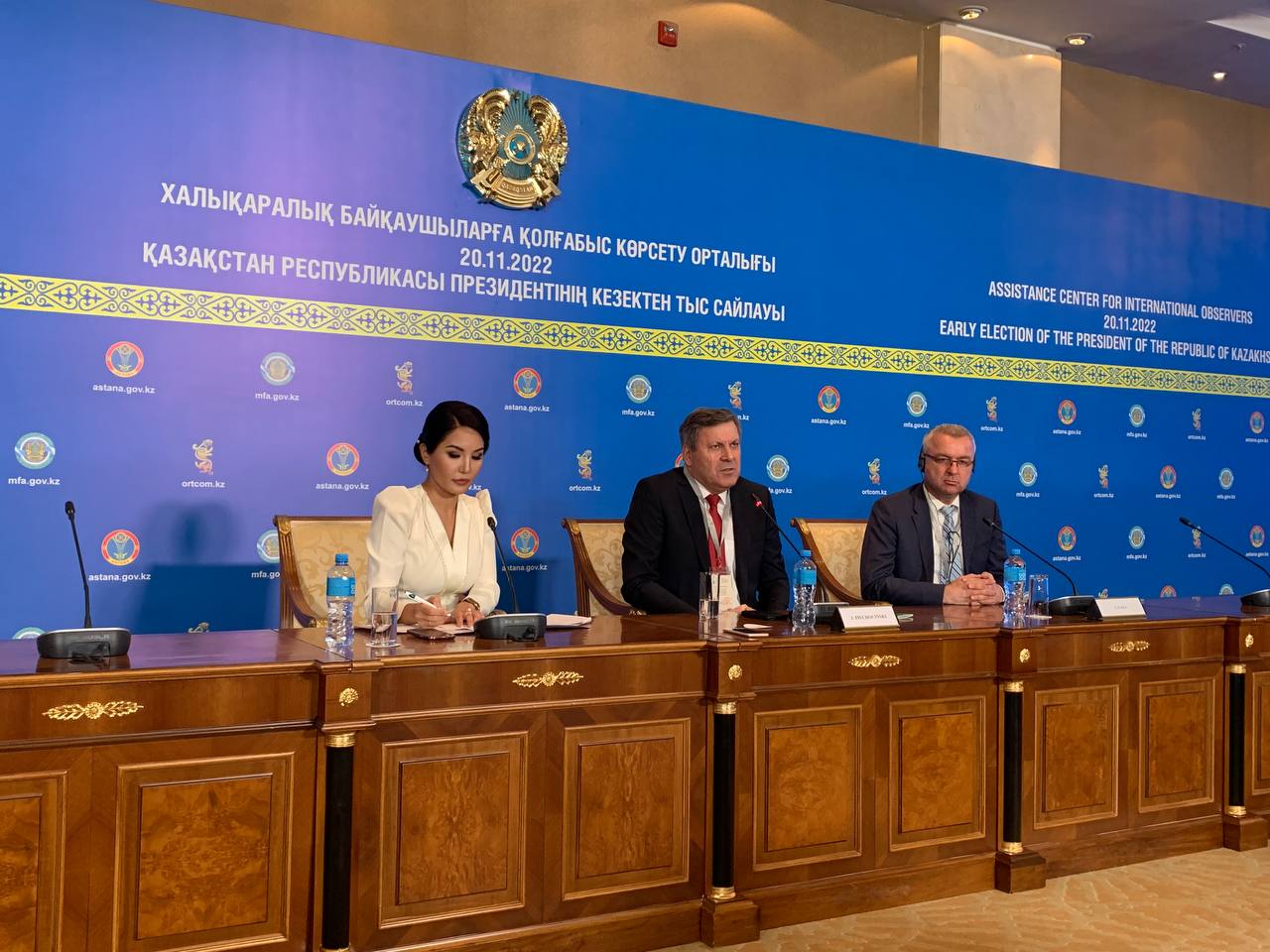 Secretary-General – Head of Secretariat of the Council of the Interparliamentary Assembly of the Commonwealth of Independent States (CIS) Dmitry Kobitskiy expressed hope that the country would elect a president who would contribute to the country’s growth not only in the next seven years but also lay the foundation for progress in the future.

Kobitskiy stated that the methodology for observing the election process changes in response to changes in the law and life in general and commended the level at which digitalization was progressing in the country. According to him, each member of the commonwealth should learn from Kazakhstan’s progress in this area.

The foreign observer from Poland, member of the Polish People’s Party, and Chairman of the Polish-Asian Chamber of Commerce Janusz Piechocinski said that the presidential election should present Kazakhstan with a vibrant and prosperous future. He stated that the European Union (EU) should expand its collaboration with the country on a political and economic level.

“Our world should devote all of its resources to issues such as climate change, global hunger, and improving the quality of life for future generations. And this is Kazakhstan’s message to the rest of the world: modernization and democratization. This is critical not only for the Central Asian region but also for Europe and the rest of the world,” Piechocinski said. 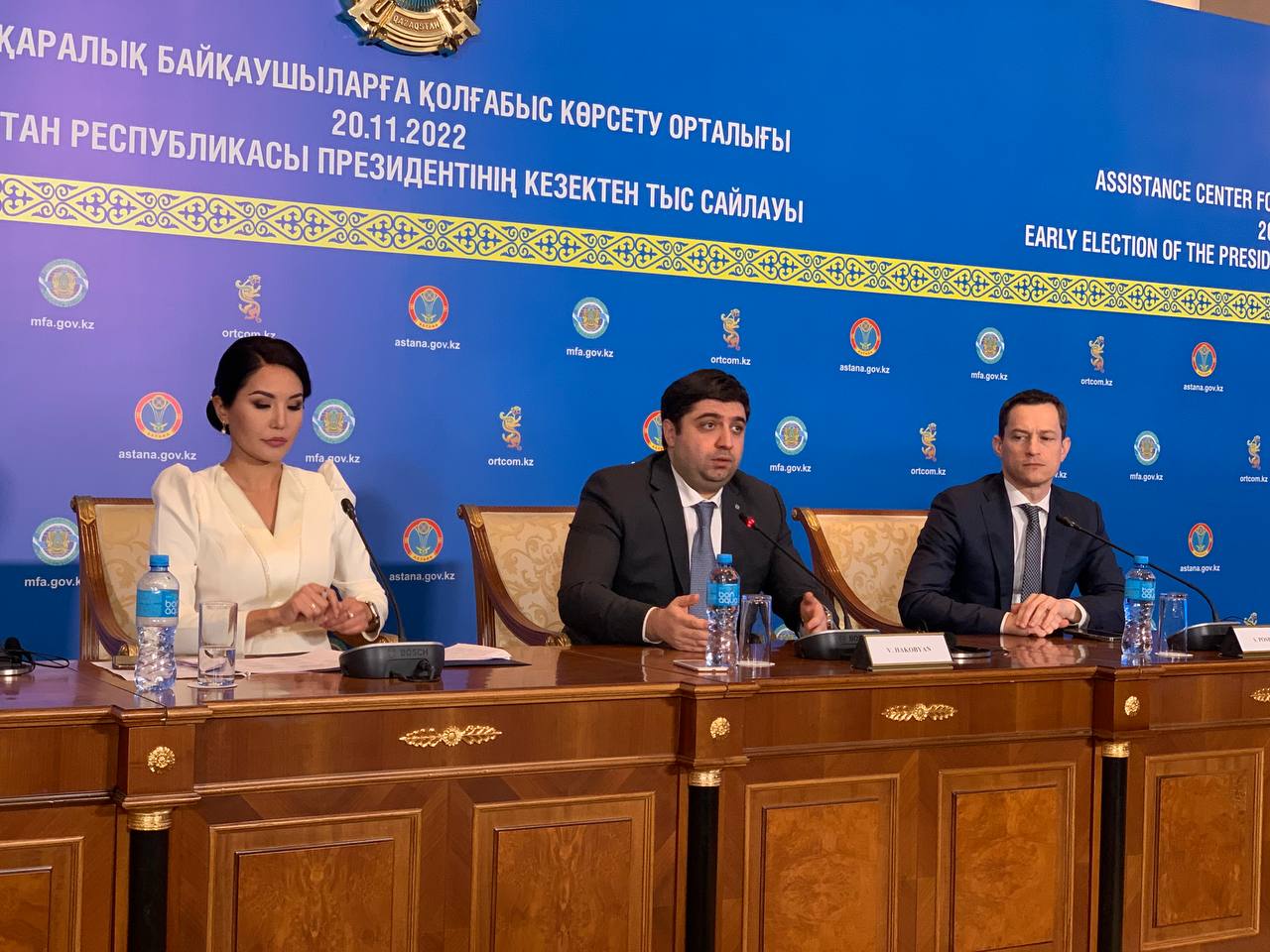 Vagharshak Hakobyan and Sergei Pospelov from Parliamentary Assembly of the Collective Security Treaty Organization on Nov. 20 at the Center for Assistance to International Observers. Photo credit: Astana Times

He praised the high quality of election organization, as well as the new reforms being implemented in the country, particularly the broader inclusion of young people and women in Kazakhstan’s political life.

Vagharshak Hakobyan, deputy chairman of the Standing Committee of the National Assembly of Armenia on Regional and Eurasian Integration Issues, and head of the Armenia-Kazakhstan Parliamentary Friendship Group representing the Parliamentary Assembly of the Collective Security Treaty Organization (CSTO PA), said that the CSTO PA observers visited both the election headquarters of all the candidates and some polling stations in the Akmola Region.

Hakobyan noted a high voter turnout by 10 a.m. Astana time. In all the polling stations the group visited, the share of those who voted reached 10 percent. He said there were also long lines of people waiting to vote at certain polling stations.

According to Executive Secretary of the CSTO PA – Head of the CSTO PA Secretariat Sergei Pospelov, the CSTO PA began its observation activities at the initiative of Kazakhstan and has worked in several countries. He stated that no violations had been detected at the polling stations that they visited.

“Our duty is to ensure that the election process adheres to the country’s laws. Our observers found no substantial violations that could have affected the voting process in the polling sites we visited,” Pospelov concluded.