ASTANA – As the election campaign period continues in Kazakhstan until Nov. 18, its focus is primarily on social obligations, said political expert Daniyar Ashimbayev. 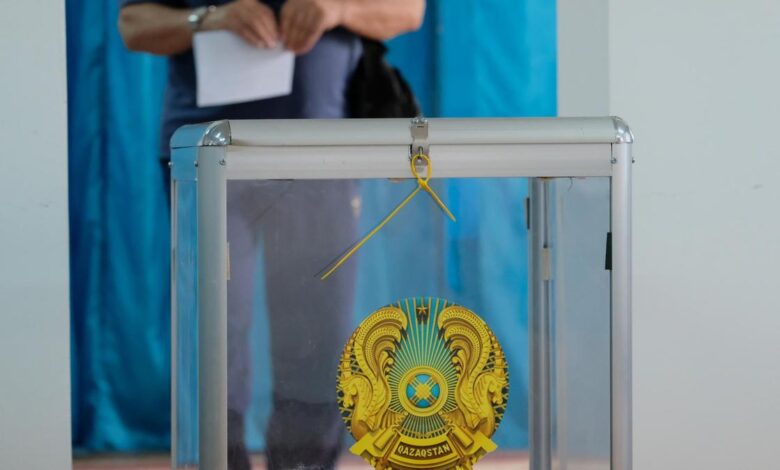 “Apparently, there is a certain set of explicitly populist slogans that the electoral headquarters have agreed not to bring up for discussions, such as credit amnesty and the privatization of rental housing. Considering the rising number of fake news on these topics in social networks, it is obvious that the topic is painful,” said the expert.

“Huge efforts made in previous years to diversify and develop the economy have had no effect in the form of sustainable enterprises with permanent employment and stable income,” he said, highlighting that this also contributed to the critical dependence of the consumer market on imports, an issue that has been repeatedly raised by the country’s leadership.

Ashimbayev noted that since January the course bends towards the comprehensive demonopolization of political and economic power in the country. Policies are shifting in the transition to more adequate economic planning, forcing the oligarchy to stop exporting capital to investing in the national economy, protection of the economy from international sanctions, and the increased involvement of foreign investors in domestic projects.

Andrei Chebotarev, director at the Alternativa Center for Current Research, said that the presidential candidates have to convince voters not just to vote for any one of them, but to participate in these elections at a minimum.

“Political opposition of Kazakhstan has once again missed the strategic opportunity by refusing to participate in the presidential election by nominating and supporting its candidate,” he wrote in a social media post.

Expert Zhanna Tulindinova said that the fact that the upcoming elections have two female candidates – Saltanat Tursynbekova and Karakat Abden – is a clear sign of increased women’s empowerment in Kazakhstan. She also noted that the public space is becoming more open for discussion of the most acute issues pertaining to female empowerment.

“The family and women’s issues, which were previously hidden behind closed doors, are now discussed openly as serious socially significant issues, and not something embarrassing that the families should deal with in their own way. These problems include domestic violence, various forms of economic and social coercion of women, child poverty and poverty in families with many children,” she said.

Addressing these issues will be more effective with more women having their voice heard in the decision-making process.

Political scientist Jabrail Markhiev said that he assumes the upcoming elections will be held fairly and openly.

“It is fair to assume that the upcoming elections will be held as openly as possible, because otherwise Tokayev’s reformism, which was highly praised by the international organizations and their representatives, will be discredited. I am sure that there may be both positive and negative phenomena, which will be detected during the elections, corrected and consolidated by the time of parliamentary elections [in the first half of 2023]. And the very fact of the beginning of a new political era is undeniable and encouraging,” he said.