ASTANA – The representatives of Iran, Russia, and Türkiye, as guarantors of the Astana Format, reaffirmed their commitment to Syria’s sovereignty, independence, unity, and territorial integrity during the 19th international meeting on Syria in Astana on Nov. 22-23. 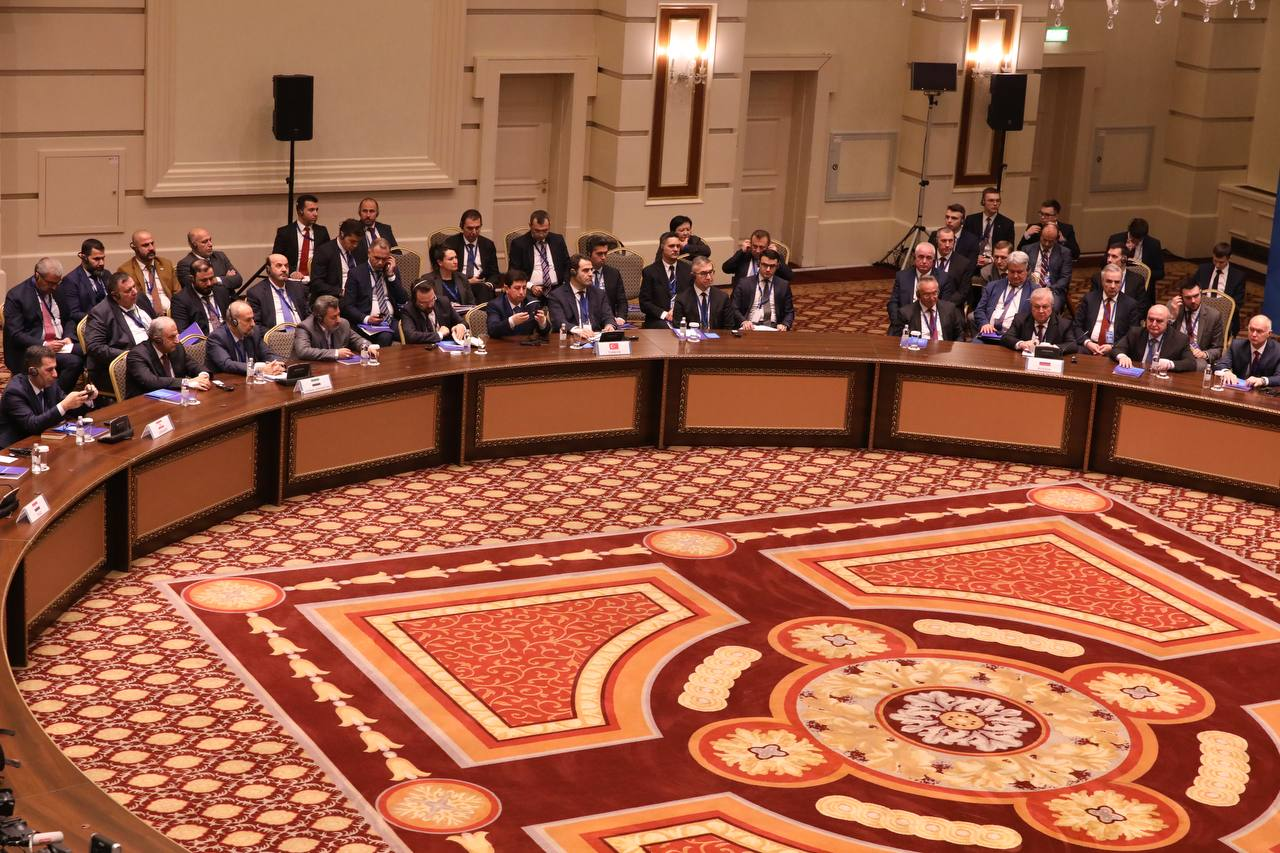 The press conference that followed the 19th International Meeting on Syria in Astana. Photo credit: press service of the Kazakh Foreign MInistry.

The participants highlighted the role of the Astana Process in resolving issues within the Syrian crisis and congratulated Kazakhstan on the presidential election on Sunday.

Kazakh Deputy Minister of Foreign Affairs Adil Tursunov took the floor to read the joint statement signed at the meeting, which includes 19 resolutions.

According to the statement, the parties will “continue working together to combat terrorism in all its forms and manifestations and stand against separatist agendas aimed at undermining Syria’s sovereignty and territorial integrity as well as threatening the national security of neighboring countries including through cross-border attacks and infiltrations.”

The Astana Process also focused on the issues of refugees and internally displaced persons, highlighting the need to support their return to their places of origin. The operations to release detainees and abductees on both sides will likewise continue.

The delegations of Jordan, Iraq, and Lebanon, as well as representatives of the United Nations (UN) and the International Committee of the Red Cross (ICRC), were observers of the negotiations. The next meeting is to take place in the first half of 2023.