By Saniya Bulatkulova in Kazakhstan Region Profiles: A Deep Dive Into the Heart of Central Asia, Society on 13 November 2022 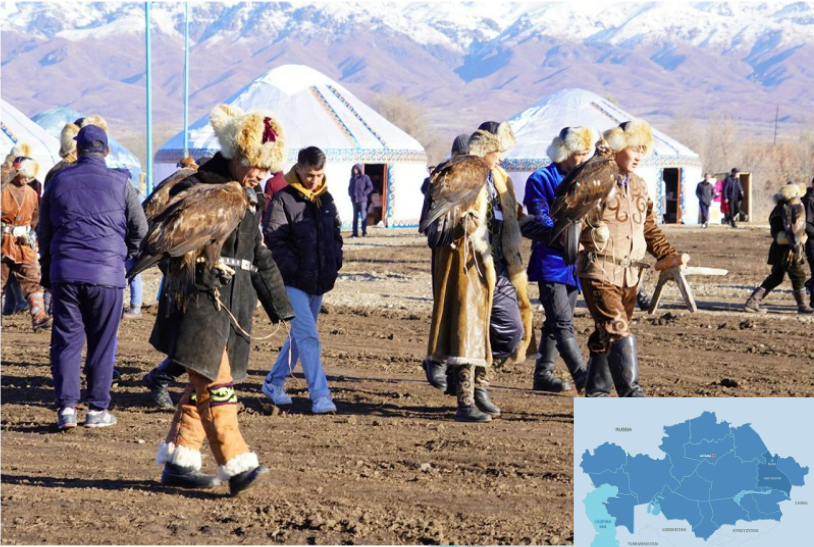 Participants of the tournament with their birds. Photo credit: region’s akimat. Click to see the map in full size

During the competition, the jury evaluated the agility of the berkutchi and their interaction with the three species of bird: golden eagle, falcon and hawk. The bird was tasked with sitting on its master’s hand, demonstration of its free flight, and catching its prey. The Tazy, the country’s national dog breed, also participated in the competition and run 500 meters in a race. 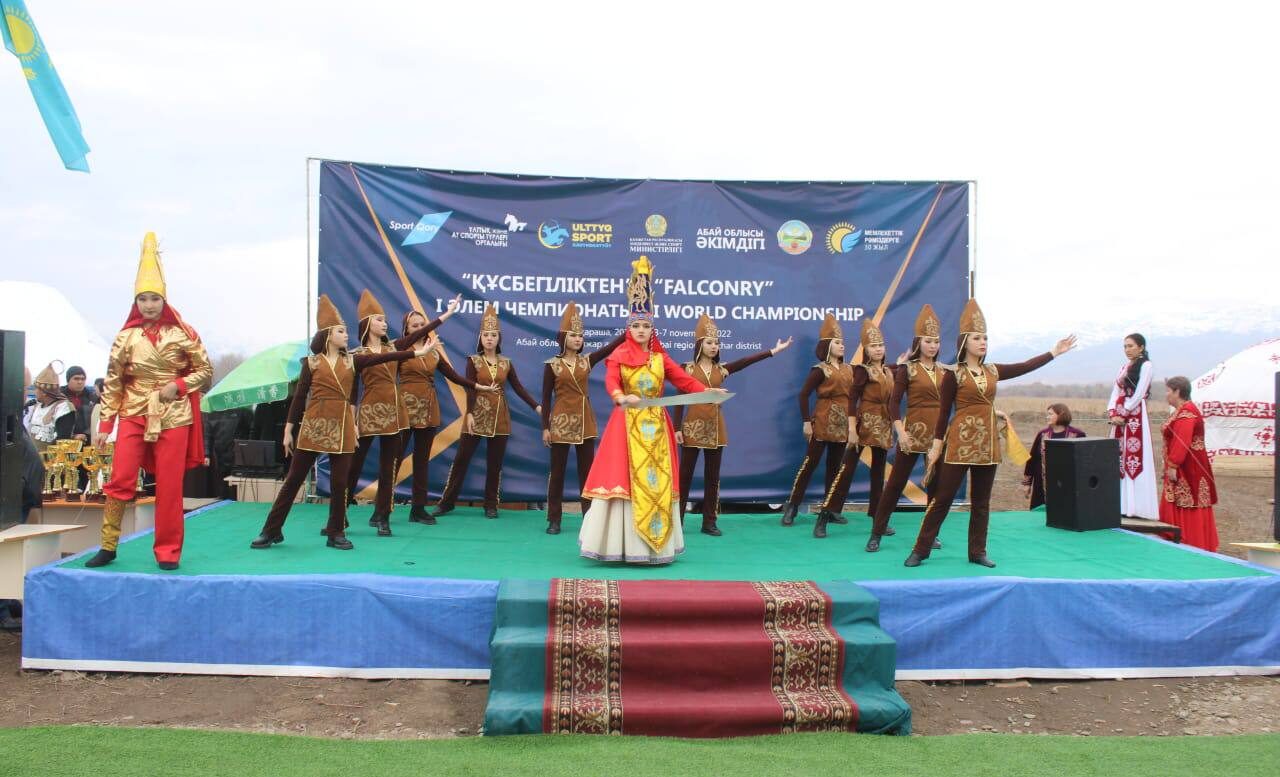 According to Bagdat Muptekkyzy, an executive director of the Kyran federation, the championship’s goal is to revive the heritage of Kazakhstan’s ancestors.

“The golden eagles are now prevalent. However, we previously used a wolf as prey in the finals, but hunting them has been prohibited for the last three years as part of animal protection, therefore we use a fox carcass many times, and release the hares in the final,” said Muptekkyzy.

“I have participated in such competitions many times. However, this tournament is really the best. We see how ancient traditions have survived in Kazakhstan and how strong the rivals are. This is a great experience for us. The championship is organized at the highest level,” said a participant from Mongolia Nurgaiyp Yrysuly. 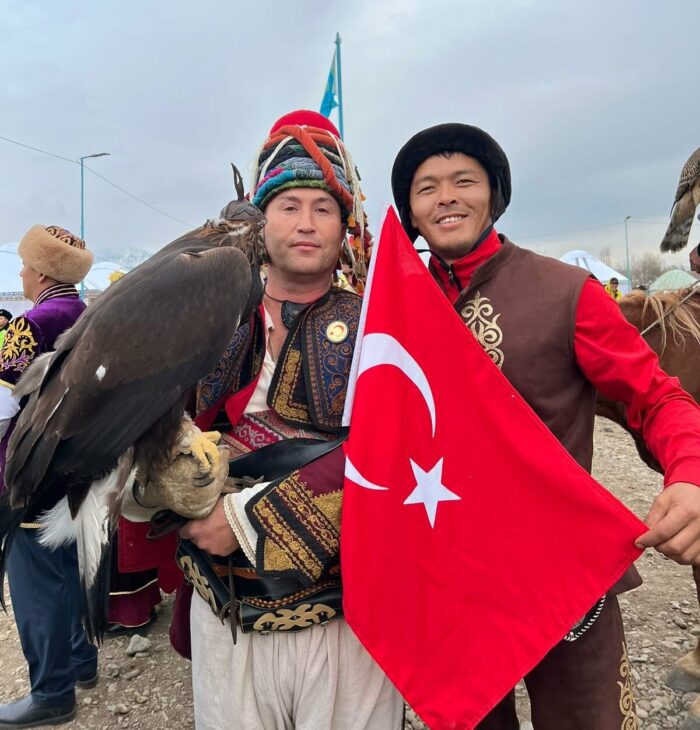 Another participant from Turkey Murat Nalbat noted the hospitality of Kazakh citizens.

“I came to Kazakhstan for the first time. I was greeted very warmly. I have been hunting with a bird for the ninth year, this is my hobby. I enjoy teaching my friend different tasks,” said Nalbat.

A fragment from story published on Khabar TV channel.