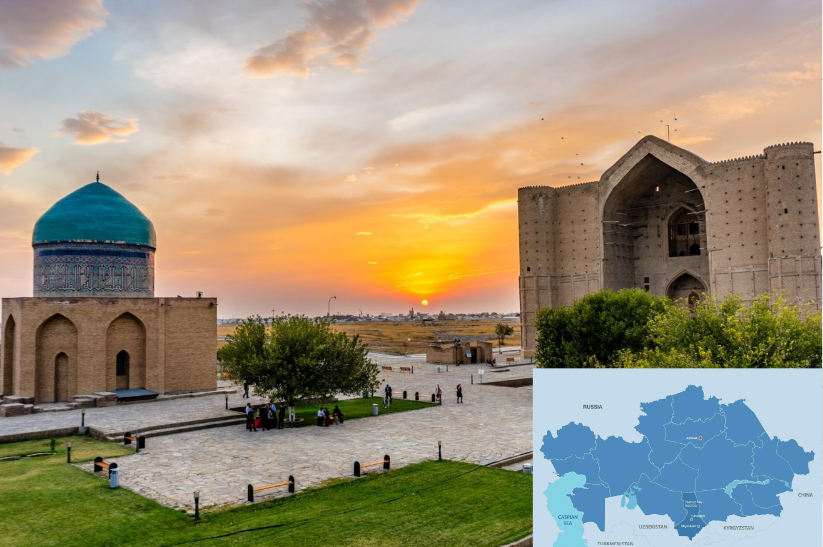 The region is a center of attraction for tourists and Turkistan city became a megalopolis with a developed infrastructure in a very short period of time. Click to see the map in full size

The event, held as part of the UNESCO Initiative on Heritage of Religious Interest, seeks to promote Kazakhstan’s experience in preserving historical sites and highlight practices in the study and protection of sacred and historical attractions.

Officer in Charge of UNESCO Almaty Cluster Office Magnus Magnusson, Secretary General of the National Commission of  Kazakhstan for UNESCO and IСESCO Aliya Baisabayeva, Ambassador of Italy to Kazakhstan Marco Alberti, Head of the Domestic Policy Department of the Presidential Administration Bolat Tlepov and Secretary General of TURKSOY Sultan Raev attended the event.

Ernesto Ottone-Ramirez, UNESCO Assistant Director-General for Culture, noted that the religious heritage represents more than 20 percent of properties on the World Heritage List.

“UNESCO’s Initiative on Religious Interest advocates for the balanced approach and management of these sights to protect these religious and spiritual attributes. It also offers a platform for dialogue for all the stakeholders in preservation and use, including religious and local communities. These sights have a special significance for both local communities and the people who visit them, religious tourists. Therefore, religious and sacred sites should be managed respectfully and sustainably. Today’s conference is an important step towards ensuring this,” Ottone-Ramirez said in his video address at the conference’s opening.

Akim (Governor) of the Turkistan region Darkhan Satybaldy spoke about the region’s role for the nation. 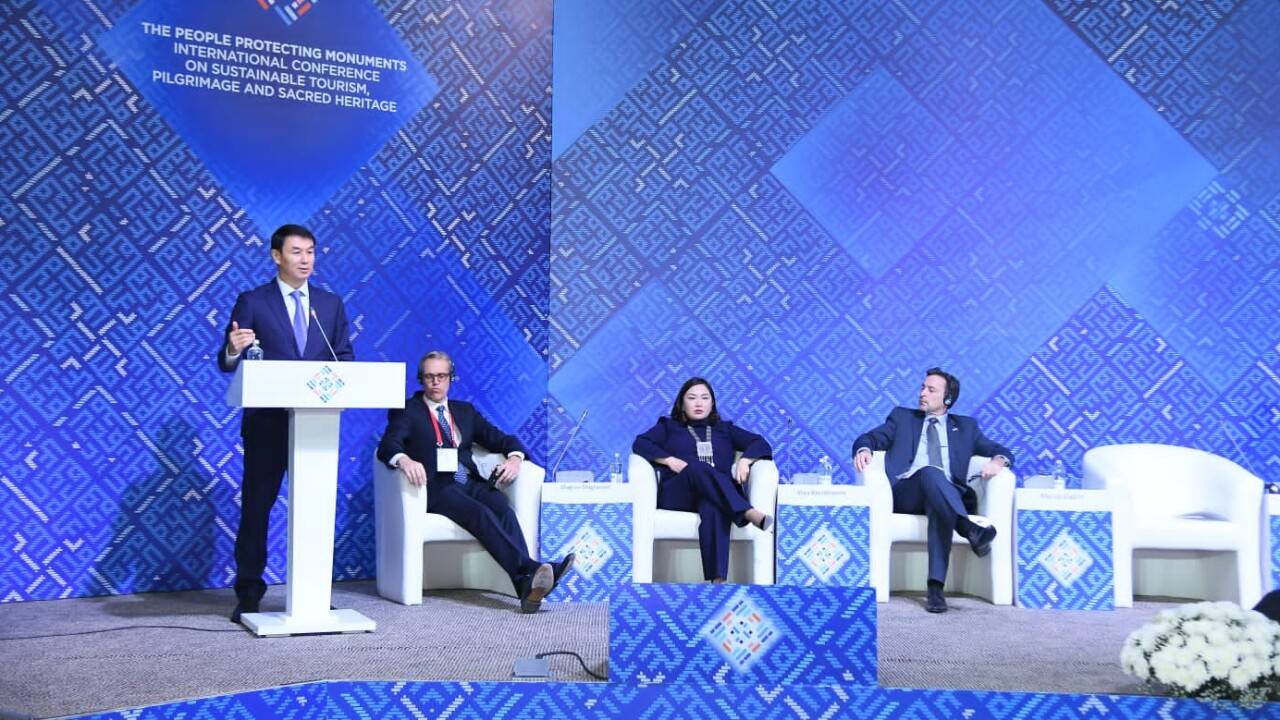 Akim (Governor) of the Turkistan region Darkhan Satybaldy delivers remarks at the conference in the city on Oct. 26.

“Head of the state Kassym-Jomart Tokayev said Turkistan can be called the nation’s spiritual and historical capital during his visit to our region… The new status will give a new impetus to the city’s development,” Satybaldy stressed in his welcoming remarks.

Khoja Ahmed Yasawi is a notable figure in the Turkic world, noted Satybaldy. He is an outstanding representative of Kazakh culture and literature and one of the greatest geniuses of Islam. “The Khoja Ahmed Yasawi mausoleum in Turkistan is an architectural masterpiece. These things make Turkistan a unique place. I hope our researchers and scientists will successfully study the great historical heritage.”

It should be noted that the Khoja Ahmed Yasawi mausoleum was included in the UNESCO World Cultural Heritage List in 2003. Therefore, the work on the site and preservation of the heritage will be continued, according to the scholars participating in the conference.

The management, preservation, and restoration of UNESCO World Heritage Sites, developing tourism, and enhancing the economic capacity of these places and the role of Khoja Ahmed Yasawi were also on the agenda.