ASTANA – The traveling exhibition of the ALZHIR museum and memorial complex of political repression and totalitarianism victims opened at the National Center of Manuscripts and Rare Books in Astana on Oct. 10. The exhibition will last till Oct. 28. 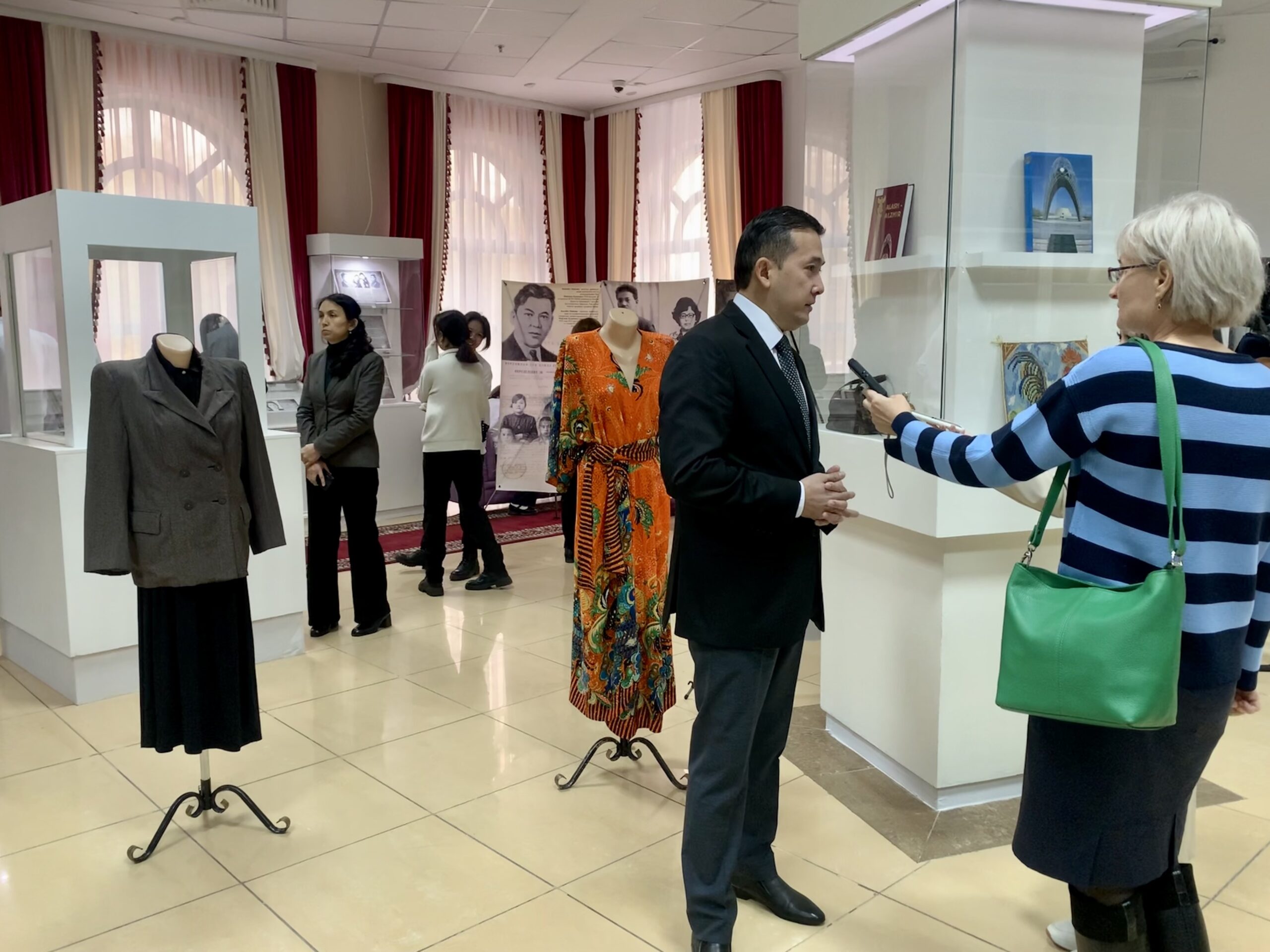 The exhibition ALZHIR – in the memory of a generation is planned to be held every year to manifest the importance of those events to the younger generation, according to Zhandos Boldykov. Photo credit: astanatimes.com

The Akmola’s Camp for Wives of Traitors of the Motherland (known as ALZHIR for its Russian acronym) museum was founded in 2007 and offers a glimpse of the injustices and hardships faced by women sentenced to prison during the Soviet era – wives of prominent men convicted for “anti-Soviet acts.”

Located 40 kilometers from Astana, the ALZHIR is where tens of thousands of women accused of political crimes were held. Up to 18,000 women of 62 nationalities were sent to the ALZHIR in the 1930s and 1940s. None of them were convicted of the actual crimes, the only conviction being the fact that they were mothers, sisters, and wives of the “enemies of the people.” 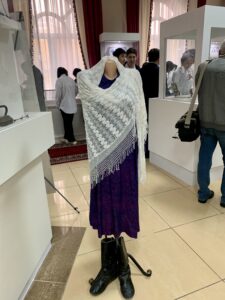 The exhibition contains women’s personal belongings, including their clothes. Some of the dresses were quite elegant, as women were told they were traveling to meet their husbands. Photo credit: astanatimes.com

“The ALZHIR camp was one of the worst camps in the history of Kazakhstan because there were only women. Despite being tender in nature, our grandmothers spent those cold winter days with dignity,” said Zhandos Boldykov, director of the National Center of Manuscripts and Rare Books, at the opening ceremony.

The memorial museum contains stories of hundreds of survivors through their personal belongings, clothes, and letters that bear witness to the terrifying heterogeneity of Soviet crimes.

One of them is the story of Suleimen Eskaraev, the first prosecutor of the Kazakh SSR. Born in 1897, Eskaraev was a deputy chairman of the Council of People’s Commissars of the Kazakh SSR in 1937 when he was arrested and executed later in 1938.

His wife Maryam Eskarayeva was sentenced in 1938 as a family member of a “traitor” for five years in the labor camp after a year of continuous interrogations. She ended up spending eight years of her life in the camp.

The conditions were horrible, according to Eskarayev’s great-granddaughter Raushan Satybaldina. “There were a lot of people in the barracks who slept on bunks covered with just straw, tightly clinging to each other on their sides. They had to turn from one side to the other at the same time on command. It was so crowded there,” she said, sharing the memories of her grandmother, Eskarayeva’s daughter.

Cold winters, when temperature frequently dropped under 40 Celcius degrees below zero, were one of the biggest threats to survival. It is nearly impossible to say how many women died on their way to the camp and later.

For Syrym Gabbasov, a grandson of Mukhamedkali Tatimov, Kazakh SSR party leader and statesman and his wife Shakitai Tatimova, the biggest admiration was the women’s humanity and optimism. “Their hope that justice would prevail created an atmosphere of unity, kindness, and mutual assistance,” he said, sharing unique stories he heard from his grandmother with The Astana Times. 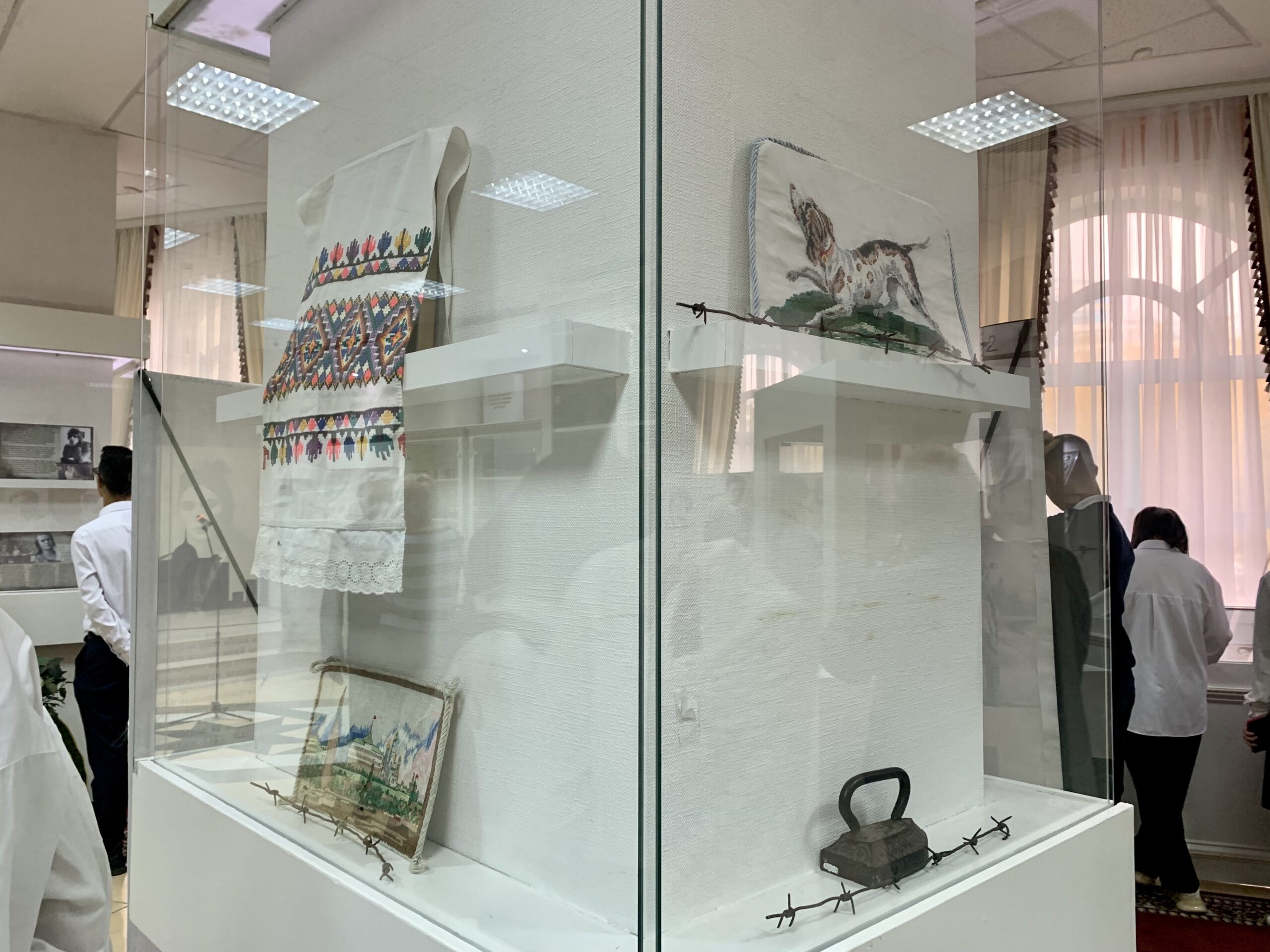 Personal belongings, clothes, and letters that bear witness to the terrifying heterogeneity of Soviet crimes are presented at the exhibition. Photo credit: astanatimes.com

“Our apashki (grannies) and mothers did not tell sad stories, but more joyful ones,” he said. “In some evenings they would come back to the barracks after hard labor, wash their faces, change into everything beautiful they had and arrange concerts for the barrack of 30 people. You could even smell a little perfume on somebody.”

The reason they did that was that there were many folk artists, ballerinas, and singers among them.

“Someone read poetry, someone sang, someone danced. There were Maya Plisetskaya’s (ballerina) mother Rakhil Plisetskaya (actress), Lidiya Ruslanova (singer), Natalia Satz who led the Moscow Theatre of the Young Spectator and later she stayed in Kazakhstan and made our Theatre of the Young Spectator,” said Gabbasov. “The most amazing thing is that the people who survived all those horrors were able to preserve their humanity and pass it on to us, and we pass it on to our children.”

Many records relating to the camp, prisoners, and the conditions they were held under remained secret for years and there is still plenty of work to be discovered, according to Boldykov.

“There is still a lot of uncovered data that needs to be studied in detail. We want to pay even deeper attention to these materials. Research work is underway and a special commission consisting of 20 people has been formed. They have access to all archives in Kazakhstan and abroad,” he said.

“To preserve the importance of those events in history, we need to educate people, especially the young generation,” Boldykov said of the museum’s efforts to uncover details of Soviet repression.