in Kazakhstan Region Profiles: A Deep Dive Into the Heart of Central Asia, Tourism on 4 October 2022

ASTANA – The World Crafts Council has announced its decision to include Kazakhstan’s first city – Taraz, into the World List of Craft Cities during the International Exhibition of Craftsmen, which takes place in the city on Oct. 1-4, reported Kazinform on Oct. 3.

Nearly 200 artisans from the Zhambyl Region, Russia, Tatarstan, Brazil, the Netherlands, India, Azerbaijan, Uzbekistan, Kyrgyzstan, and Tajikistan showcased their works at the exhibition, which features fairs and sales of souvenirs, handicraft workshops, and competitions for young artists.

Local authorities hope that the city’s new status will accelerate the development of creative potential and expand cooperation with cities and countries worldwide. It is also planned to revive the forgotten crafts that once flourished in Taraz – the production of felt products, silk, chekmen (camel wool), and pottery.

With its 2000-year history, Taraz has been a city of high craftsmanship, precious products, and unique style. The city on the Great Silk Road in the Middle Ages was famous for its skilled artisans who produced colorful ceramics, jewelry, silk, felt, and metal products.

Taraz has more than 3,000 historical and cultural monuments. Five of these monuments are included in the UNESCO World Heritage List (Balasagun, Kulan, Ornek, Kostobe, and Akyrtas). 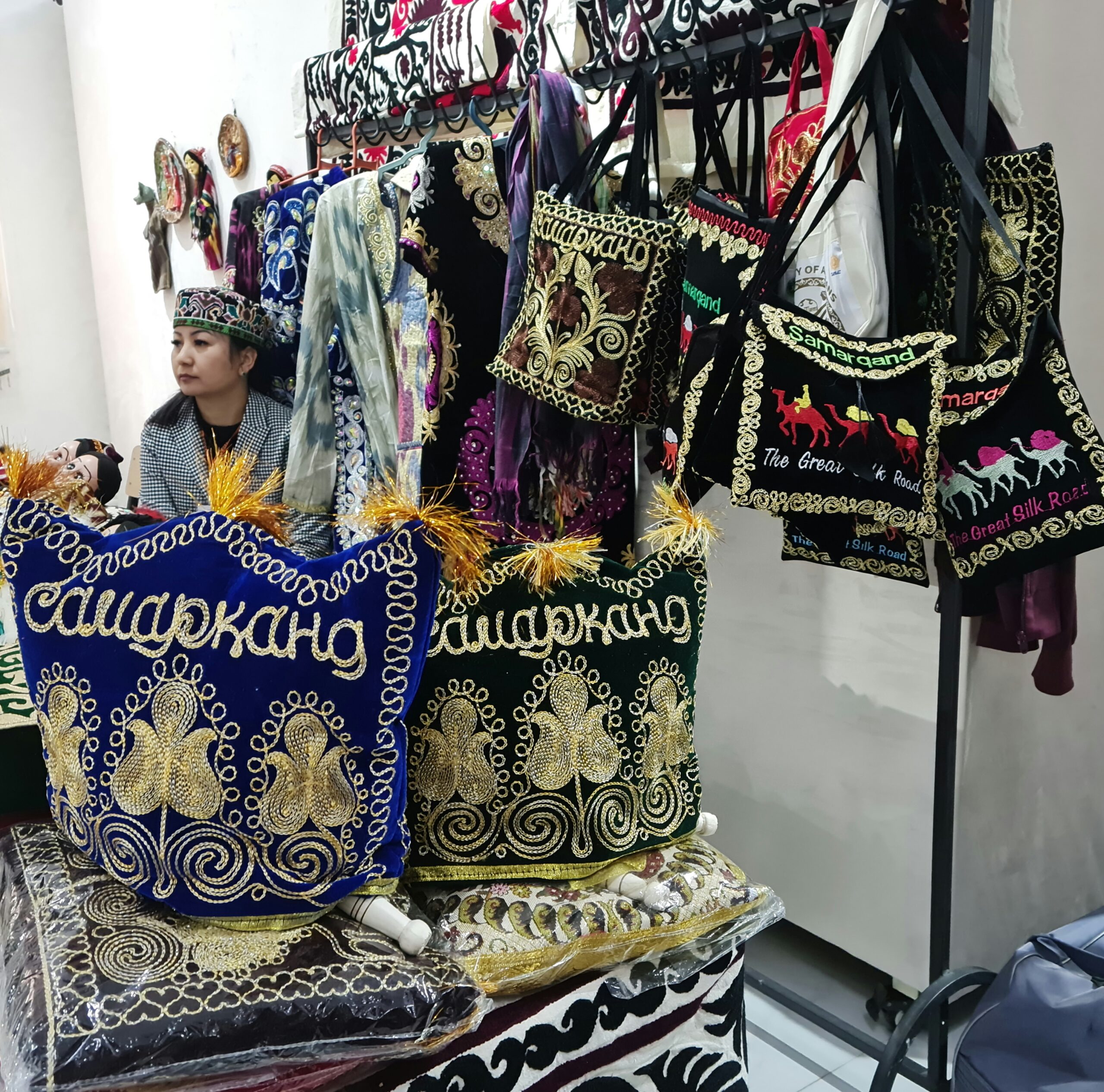 The Zhambyl Region also has a dynamically developing agro-industrial complex, including livestock and crop production, with the processing of agricultural products and mineral resource potential.