What has the International Monetary Fund’s (IMF) World Economic Report this October, the presidential elections on  Nov. 20, and founder of the start-up Clockster, Yerjan Ryskaliyev setting up office overseas have in common? The common threat is the IMF warning that storm clouds have gathered and that nations need policymakers to keep a steady hand in countering these storm clouds; that Kazakhs should choose a steady hand that will navigate the country through these storm clouds; and if Kazakhstan’s elected leadership fail to create a safe harbor, its talented youth like Yerjan Ryskaliyev will leave as there is a global demand for talent. 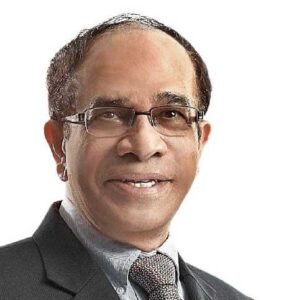 IMF’s World Economic Outlook: Countering the Cost-of-Living Crisis, released on 20 October, has noted that the global economy faces steep challenges, shaped by the lingering effects of three powerful forces: the Russian special military operation in Ukraine, the cost-of-living crisis caused by persistent and broadening inflation pressures, and the slowdown in China.  IMF’s managing director Kristalina Georgieva said the world is undergoing “shock upon shock upon shock” and “more uncertainty to come.”

Turkish-born American economist Nouriel Roubini in his new book, “Megathreats: Ten Dangerous Trends That Imperil Our Future, And How To Survive Them,” identified 10 mega threats spanning various economic, financial, political, technological, and environmental disasters that will impact nations in the next decade.

Against this dire global economic outlook that affects every nation, President Kassym-Jomart Tokayev seems determined to have his politics right first: reduce a president’s executive powers, enforce a term limit to the presidential term, and grant the Parliament more authority. His March 2022 State of the Nation Address was to build a Just and Fair Kazakhstan through political and constitutional reforms after an attempted coup, the ending of the Nazarbayev era of leadership, and to future-ready the country for the challenges ahead.

Right politics, it seems, is to ensure a less autocratic, more participatory form of governance. Last year, 730 akims (mayors) with district importance, villages, and the townships of rural districts democratically held municipal elections, when their four-year terms expired. This year, a snap election for the presidency has been arranged this November, with a seven-year presidential term limit. Six candidates, including the current President, have been nominated for the November 20 presidential elections.

However, more importantly, Just and Fair Kazakhstan would benefit the people with a focus on socio-economics policies. Getting this right against the backdrop of IMF warnings of the storm clouds is to say “perestroika” (restructuring) is more important than “glasnost” (openness).

Fortunately, among his many planned socio-economic policies, President Tokayev has consistently maintained that his priority is to stimulate private entrepreneurial initiative, which means moving away from state capitalism and curbing excessive state intervention in the economy.

In his 2021 address to the nation, he wanted the small and medium-sized enterprises (SMEs) participation to be 35 percent of the GDP by 2025, employing four million people. With this perspective on developing an entrepreneurial class, he warned obstructionists in 2021 that interference in entrepreneurial activity will be perceived as a grave crime against the state.  Right economic policies will help Kazakh’s SMEs raise their financial contribution to 50 percent of GDP by 2050.

Kazakhstan’s perpetual problem is the policy execution capabilities of the various programs supporting SMEs. Government agencies still operate in silos, and lack whole-of-government coordination, leading to fragmentation and ad hoc support measures. A steady hand at the top is needed to navigate the stormy clouds. Otherwise, the nation’s socio economic policies will flounder.

Tokayev as the President does not mince his words when analyzing the execution problems. In a 2020 speech, he noted that formalism and lack of efficiency are still widely present in the work of government agencies. Referring to law enforcement agencies rushing to inspect businesses and demanding lower prices and tariffs, he said, “such populist actions must be stopped.” On introducing a mechanism of integrated customs control at the border, he noted that “the multitude of inspectors is one of the main causes of inefficiency.” When he reviewed the constant shortages of fuel and sugar, he did not hold back in saying that it is a “consequence of the sluggishness, indecision of the Cabinet of Ministers.”

Over the decades, from the ringside position as ambassador in several countries, President Tokayev understands what makes a nation flourish and what will make it flounder. A dynamic domestic business environment supported by foreign investments requires steady hands at the helm.

And Kazakhstan still enjoys the youth dividend. Without a strong economy, there will be an exodus of young Kazakh talents as the world is fighting for global recognition.

Ryskaliyev, the 33-year-old CEO and co-founder of the Kazakh Human Resource-tech start-up Clockster, is an example of a Kazakh talent courted and supported by foreign investors. His company has attracted more than $1 million in the past two years. One of his prominent investors is Quest Ventures based in Singapore. Clockster, launched in Kazakhstan in 2018, has overcome the COVID-19 crisis, is back on track, and has more than 180 clients and 25,000 active pre-vetted blue-collar employees in its database.

With additional funding from Quest Ventures, Ryskaliyev has moved to Indonesia to grow Clockster as the market opportunity for Clockster is bigger in Indonesia compared to its home market of Kazakhstan, with a population size of over 14 times bigger than the 18.8 million in Kazakhstan. But more importantly. Indonesia has developed the right politics and socio-economic environment that ensures a stable government, forwarding looking policies, and economic potential. Indonesia has developed a mature start-up ecosystem that has nurtured nine unicorns and two listed giants. Indonesia is expected to become the fourth-largest economy by 2030.

Kazakhstan has aspirations to be among the top 30 developed countries in the world by 2050. When Kazakhs go to the polls, they have to elect a steady hand that will navigate the country through these stormy times and create a safe harbor for its people and talented youth like Ryskaliyev. In short, Kazakhstan deserves better with transformational policies to overcome the storm clouds and be among the top 30 developed nations in the world sooner rather than later.

The author is Basskaran Nair (Singapore), a co-writer of “A Primer of Policy Communication in Kazakhstan” book and former Visiting Professor at Nazarbayev University Graduate School of  Public Policy, and Associate Professor (Adjunct) at  Lee Kuan Yew School of Public Policy.