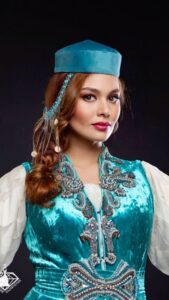 “Glory and thanks to God. I thank the organizers for such a project, where attention is paid not only to beauty, but first of all to the personality, activities, lifestyle and values of the participant, her achievements and success in business, education, sports, politics, culture and public life,” Tursyn wrote.

In 2023, Tursyn will represent Kazakhstan at an international competition. The contest featured 20 women aged 27 to 45 years. 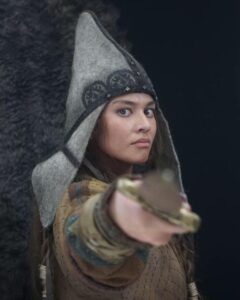 The film tells the story of the life of legendary queen Tomiris. As a great ruler and skillful warrior Tomiris led and united the Saka tribes to successfully defeat the Persian conqueror Cyrus the Great in 530 B.C. The film is based on manuscripts written by ancient Greek historian Herodotus of Halicarnassus. Tomiris was a debut performance for Almira Tursyn. Syrian actor and film-maker Ghassan Massoud played the role of the Persian king Cyrus.