Rule of Law Should Be Cornerstone of Kazakhstan’s Domestic Policy, Tokayev Says

ASTANA – The rule of law should be at the heart of Kazakhstan’s domestic policy to implement effective economic reforms that will benefit the citizens, said President Kassym-Jomart Tokayev during an Oct. 19 meeting with the public of Almaty Region, reported the Akorda press service. 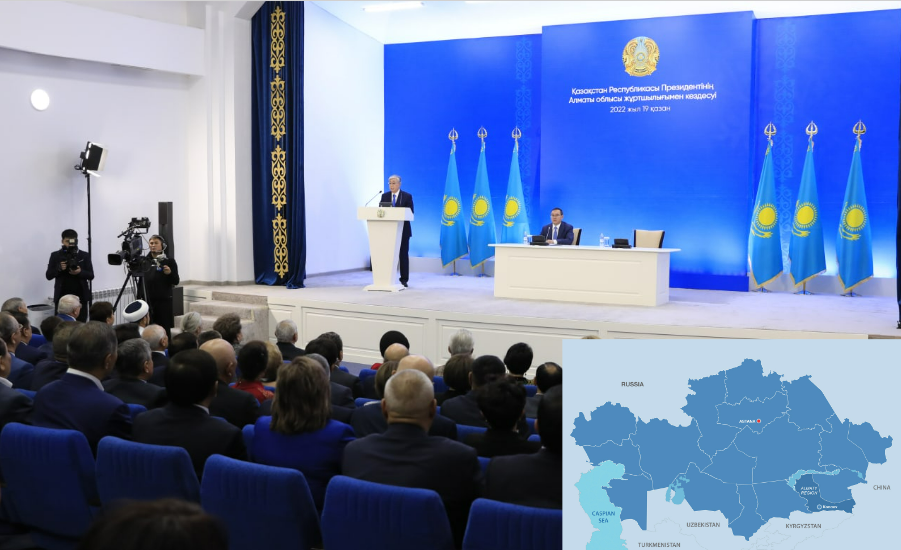 “The rule of law should prevail. Otherwise, social order will be impossible to establish. (…) Law and order will allow us to avoid repeating the tragic January events that have tarnished our state’s reputation,” the President said.

Tokayev stressed that the tragic event should serve as a wake-up call and that bandits and terrorists should not be made into martyrs. Those who make heroes of them should be punished, he said, because they pursue selfish goals that are entirely contrary to the fundamental interests of the state.

“Soon those who committed high treason, were guilty of duplicity and cowardice will appear in court. The investigation into the actions of the persons who committed the tragedy or provoked it will continue,” Tokayev added.

He also noted that the presidential administration has a special department for citizen complaints. It received 41,000 appeals in the first nine months of this year, with a quarter of them relating to law enforcement activity and judicial rulings. According to the President, this demonstrates the significance of the ongoing legal reform.

“Unfortunately, over the years of independence, the meaning of justice in the society has weakened. Citizens were denied equal chances in all sectors. This has eroded public trust in the government, provoked protests, and jeopardized stability and public safety,” Tokayev said.

According to him, Kazakhstan must build a just society to develop the country and improve its economic competitiveness and quality of life.