Presidential Candidates Start Their Campaigns by Meeting With Voters

ASTANA – As soon as the election campaign kicked off in Kazakhstan, six presidential contenders started their work by traveling to cities and regions to meet with voters and promote their election agenda. We present you the status update on their campaign in alphabetical order. 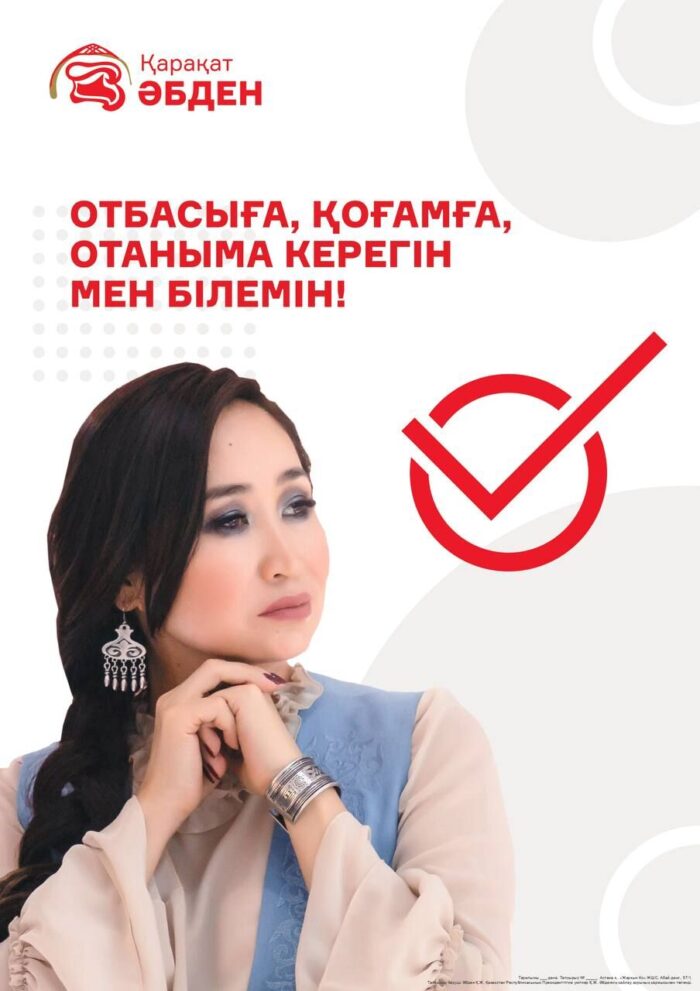 Abden’s election poster: I know what a family and a society need.

The campaign headquarters of Karakat Abden organized a meeting with the population in the House of Culture in the village of Kosshy, Akmola region, according to the Sailau2022 telegram channel. The participants were acquainted with the main directions of the candidate’s election platform. Voters asked about the spheres of social infrastructure and improving living conditions. Abden told how her program would affect the life of every citizen. 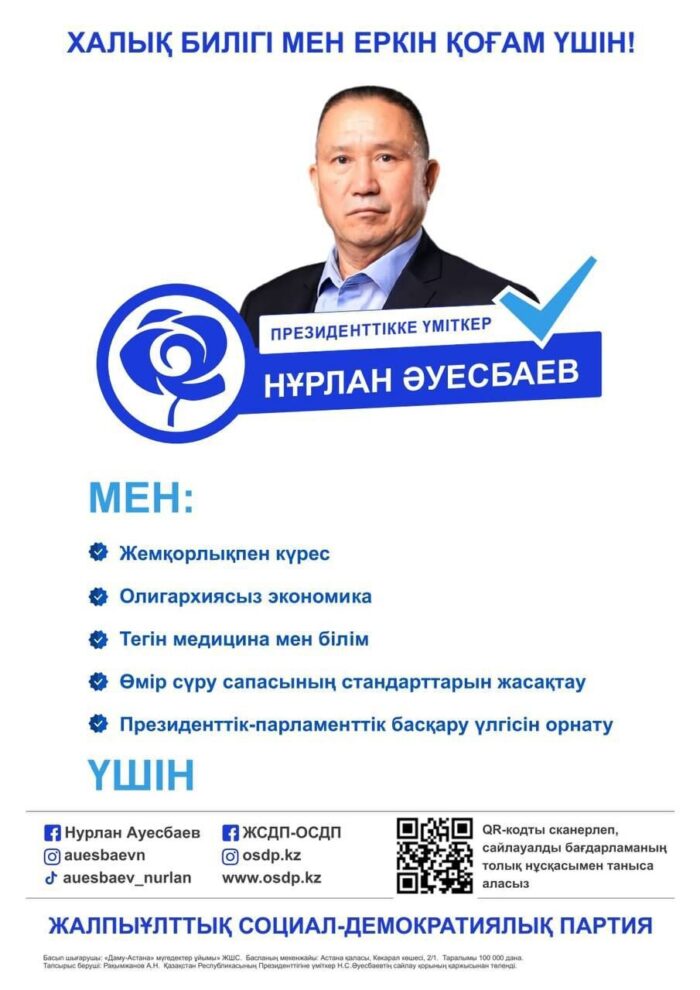 According to candidate Nurlan Auesbayev’s official Instagram page, he began his campaign on Oct. 22 by visiting the Karagandy Region, the town of Shakhtinsk. Speaking to teachers and college students of the Karagandy Commercial College, Auesbayev identified several issues in the sphere of education. According to the candidate, the quality of education has declined dramatically in recent years. The level of education impacts the quality of human capital, which directly impacts economic development. In his plan, he recommends allocating at least 5-7 percent of the budget to education for infrastructure and equipment maintenance and elevating doctors’ and teachers’ salaries to that of bank employees. 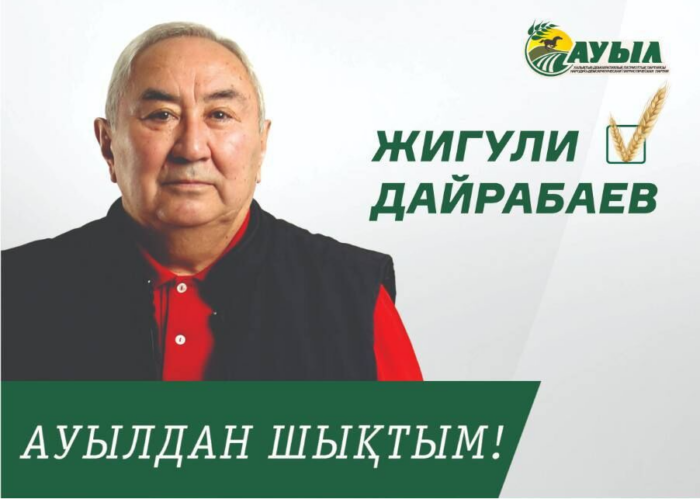 Dairabayev’s election poster: I came from the village.

Zhiguli Dairabayev visited the capital’s communal market Shapagat, according to the Sailau2022 telegram channel. The candidate spoke to vendors and the general public and presented the main points of his electoral platform. Answering questions about food prices, Dairabayev argued that intermediaries are to blame for the price rise. To address the issue, it is vital to promote sustainable agricultural output and expand the production of competitive and export-oriented products on the global market, he said. 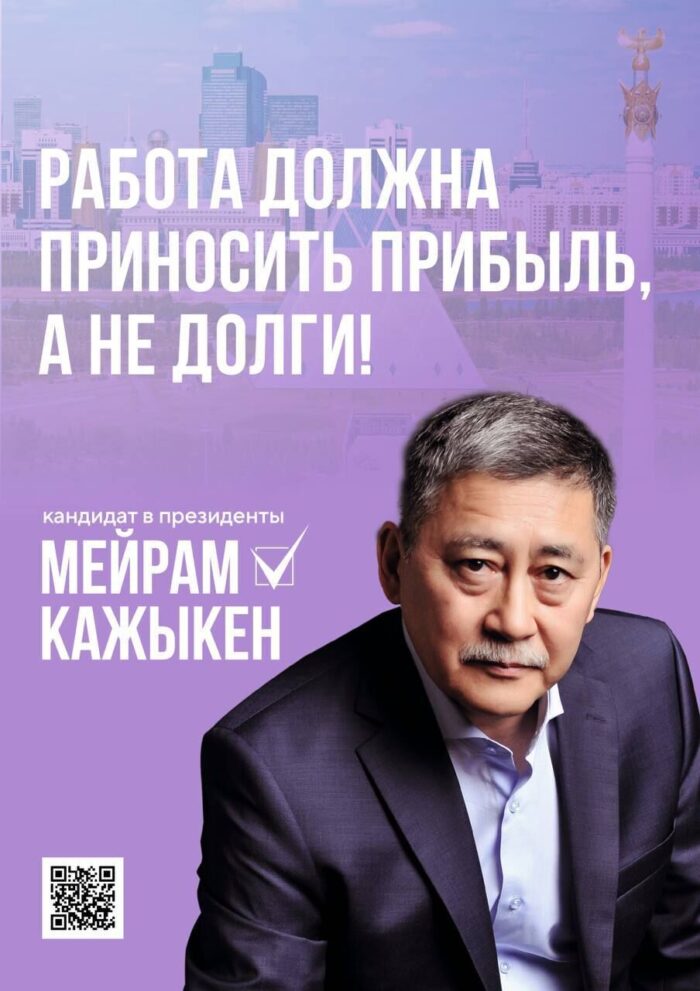 Kazhyken’s election poster: The job should generate profits rather than debts.

According to the Sailau2022 telegram channel, presidential candidate Meiram Kazhyken has launched his campaign by visiting the Pavlodar Region. He met with representatives from trade unions, youth organizations, entrepreneurs, and labor unions. He acknowledged that the adjustments would be “very unpleasant.” As a result, achieving the required goals would be difficult without the cooperation of labor unions. Kazhyken vowed he would do all in his power to foster social discourse between entrepreneurs and working men and between them and the government. He also stated that if elected president, he would pay close attention to healthcare, education, agricultural and industrial growth, decentralization of state administration, and the promotion of local self-government. 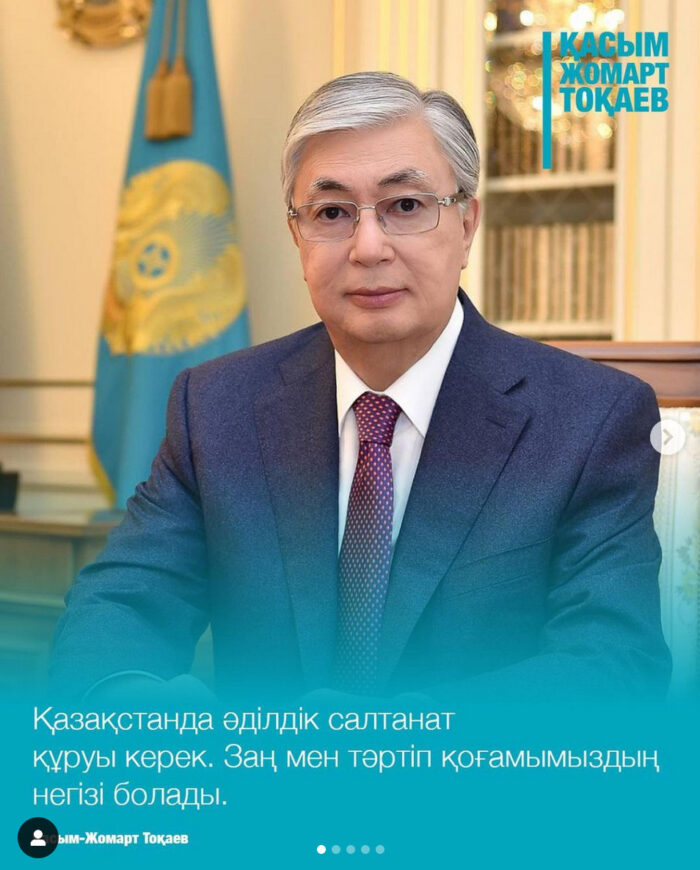 Tokayev’s election poster: The tradition of fairness must triumph in Kazakhstan. Law and order must be at the cornerstone of our society.

Members of Kassym-Jomart Tokayev’s campaign headquarters attended an official meeting before traveling to the regions to meet with voters this week on Oct. 23, according to the press service of the People’s Coalition. Chairman of the Amanat party, Yerlan Koshanov,  said 226 headquarters were established in each region, including towns and districts, employing more than 6,000 people. He stressed that the primary duty is to explain and convey to every voter thoroughly, Tokayev’s election platform, emphasizing that the entire campaign should be carried out in strict accordance with the law. 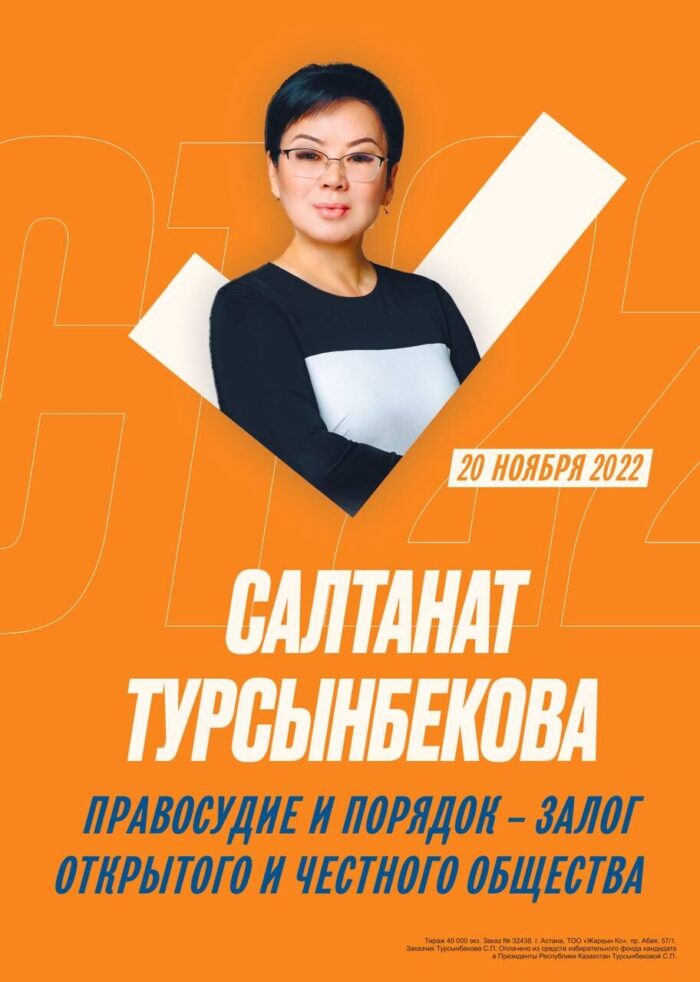 Tursynbekova’s election poster: Justice and order are the bedrock of a free and fair society.

Nominated by Qazaq Analary – Dasturge Zhol (Kazakh mothers are a path to traditions) public association, Tursynbekova is the second woman to run for president in the upcoming elections and third in the history of Kazakhstan. According to her, the work of the headquarters is going in an accelerated mode. Her first destination was intended to be the Akmola Region, but owing to weather circumstances, she was unable to travel, according to the Sailau2022 telegram channel.

It should be noted that the presidential candidates can conduct their election campaigns from 6 p.m. on Oct. 21 until midnight on Nov. 19. The candidates can campaign via mass media appearances, public events, and dissemination of printed or audiovisual campaign materials.