ASTANA – The 21-time Grand Slam champion and the No. 4 seed from Serbia Novak Djokovic won the Astana Open trophy by defeating Greece’s Stefanos Tsitsipas, the No. 3 seed, 6-3, 6-4 on Oct. 9 in Astana, reported the Kazakhstan Tennis Federation’s press service. 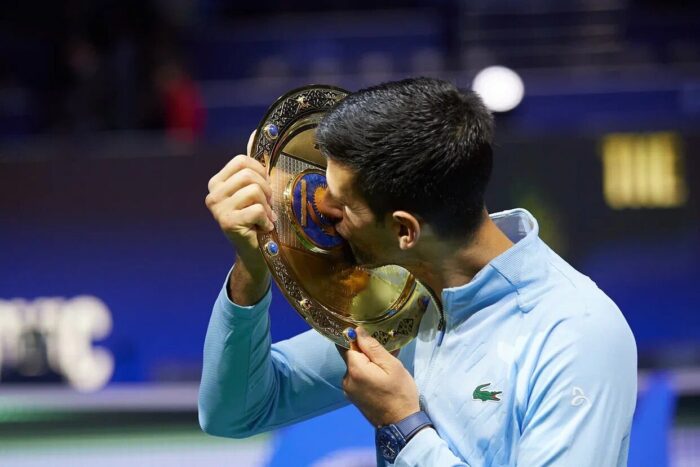 It was Djokovic’s ninth consecutive match victory. He won the title a week ago in Tel Aviv, where he competed for the first time. The Astana Open in Kazakhstan was also a first for him.

“Kazakhstan has invested much in tennis over the last 15 years, as we all know, and they now have the female Wimbledon winner, Yelena Rybakina, as well as a strong Davis Cup team. When a big country invests in tennis, it is important to have a large tournament like this one in Astana. You can see that the field is quite strong. It feels like a 1000 event. Having all of these talents is undoubtedly exciting for this country,” Djokovic said. 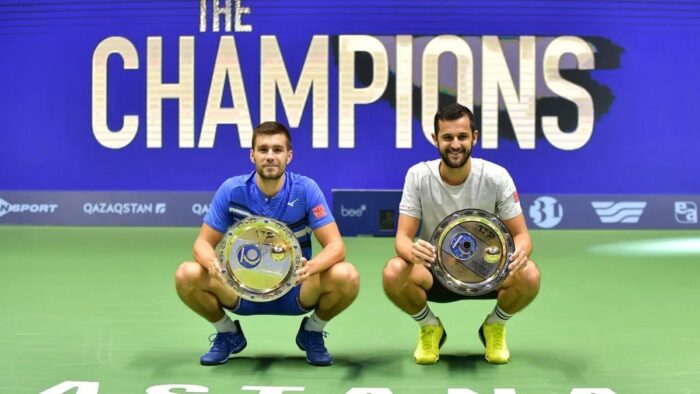 “I want to congratulate the Kazakh Tennis Federation for putting up this event. I have to be honest, I like it very much. You have a great center and great conditions here. You are doing a great job with the tennis overall here, keep it up! I hope I am going to be back next year,” Pavic said.

There were three Kazakhstan players in the main draw, led by World No. 41 Alexander Bublik, who won his first-round match before falling to No. 7 seed Poland’s Hubert Hurkacz.

“A lot of memories are coming back from the last nine years, when we just started building up the fan base and when we started to host big events. They know players, they know what the score means,” Kazakhstan Tennis Federation Vice President Yuriy Polskiy said.

On the tournament’s first day, tennis stars visited the Asyl Miras center for autistic children in Astana. They presented gifts to the children and, in turn, received paintings from them.