By Zhanna Shayakhmetova in Nation on 25 October 2022

ASTANA – October 25 is one of the most important dates in the history of Kazakhstan. On this day the Declaration on the State Sovereignty of the Kazakh SSR (Soviet Socialist Republic) was adopted, representing the country’s first step toward its independence. 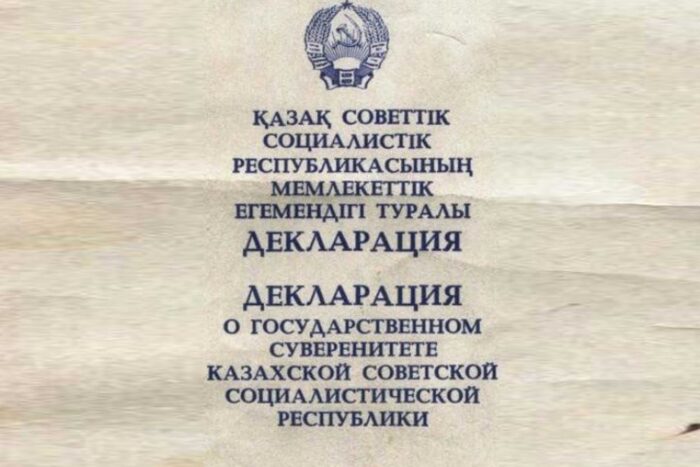 The cover of the Declaration on the State Sovereignty of the Kazakh SSR (Soviet Socialist Republic).

Republic Day, celebrated in Kazakhstan until 2009, marks the declaration adoption.

The proposal to revive the key date was put forward by Kazakh President Kassym-Jomart Tokayev during the first National Kurultai (Congress) on June 16 in the Ulytau Region.

A unique document, a unique moment

During the extended meeting, 360 deputies of the Supreme Council of the Kazakh SSR adopted the historical document in Almaty on Oct. 25, 1990. 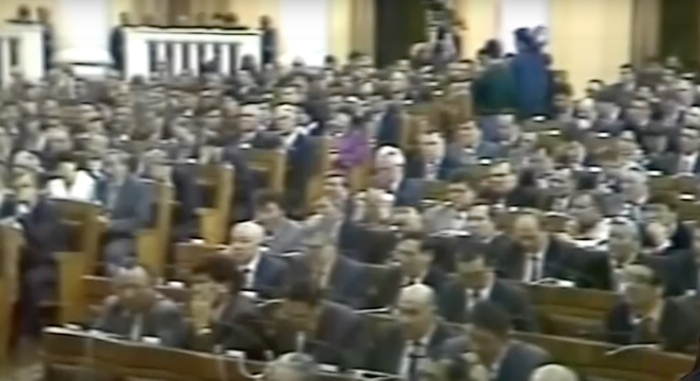 A scene from the archive video during the meeting of the Supreme Council of the Kazakh SSR in Almaty on Oct. 25, 1990.

The working group chaired by prominent public and state figure, doctor of science Salyk Zimanov took part in producing the draft document. Some 58 deputies also worked on the text of the document.

“The atmosphere was tense. The head of the working group Salyk Zimanov answered questions and explained the norms of the legal document for three-four hours on the podium. It was a highly professional dialogue between the authors defending its norms and the deputies of the Supreme Council,” Deputy Chair of the Council of Senators Byrganym Aitimova said in an interview for this story. 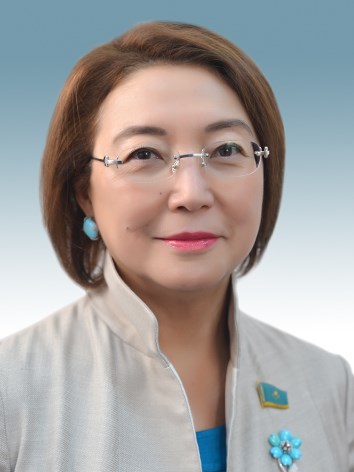 Aitimova was the Chair of the Committee of the Supreme Council on Youth Affairs and took part in the adoption of the document.

“When the declaration was adopted, it was a victory for all of us. I am proud to have been a participant in adopting the initial document on the path to independence. It was a historic moment for our country and parliamentarians,” Aitimova said.

Why is the declaration so important?

“The declaration has become a legal basis and platform for developing and subsequently adopting the Constitutional Law on Independence of Kazakhstan in 1991. Therefore, all 17 fundamental points of the declaration were of particular importance,” explained Aitimova.

Most importantly, the document was adopted based on the will of all the people. Therefore, one of its primary tasks was to strengthen the friendship of the peoples who live in the country.

“It should be noted that protection of human rights was above the provision of other state norms and governance,” she noted.

The document established the fundamental principles of sovereignty – unitary state, integrity, indivisibility and inviolability of its territory, revival and development of culture, traditions, the language and strengthening of national identity, legal equality and equal opportunities for representatives of all nations and nationalities, political pluralism and other principles.

The state power was divided into legislative, executive, and judicial powers. The President had supreme administrative-executive power.

All the declaration’s provisions are now reflected in the norms and principles of the Constitution of Kazakhstan, constitutional laws, and other legal norms.

The declaration also determined that nuclear weapon tests and the use of other weapons of mass destruction are prohibited on the territory of Kazakhstan.

“At that time, our people found out that nuclear weapon tests were carried out not only at the Semipalatinsk test site, but there were dozens of other test sites on the territory of Kazakhstan. The declaration prohibited both the construction and test of weapons. We came with this intention and wanted to integrate into a peaceful world community,” said Aitimova.

Aitimova noted that the Assembly of People of Kazakhstan is also a unique institution established in the country.

The declaration outlines that the Kazakh SSR has the right to act as an independent entity in international relations, determine foreign policy in the national interest, have and open diplomatic and consular missions and participate in the activities of international organizations, including the United Nations and other agencies.

“There has not yet been an independent country, but the declaration has already determined that Kazakhstan has the sovereign right to act independently. Therefore, we are a responsible and full member of the UN,” she said.

The fact that Kazakhstan banned nuclear weapon tests contributed to the country’s accession to the UN Security Council as a non-permanent member by a majority vote, according to Aitimova. “Participation in the activities of the UN Security Council was a kind of test for our foreign policy and it was trust and recognition that our country supports peaceful coexistence.”