By Staff Report in Society on 5 October 2022

ASTANA – Concerns about economic conditions remained high in Kazakhstan in the second quarter of the year, according to the recent Listening to Kazakhstan (L2Kaz) Survey on social and economic wellbeing for August 2022. 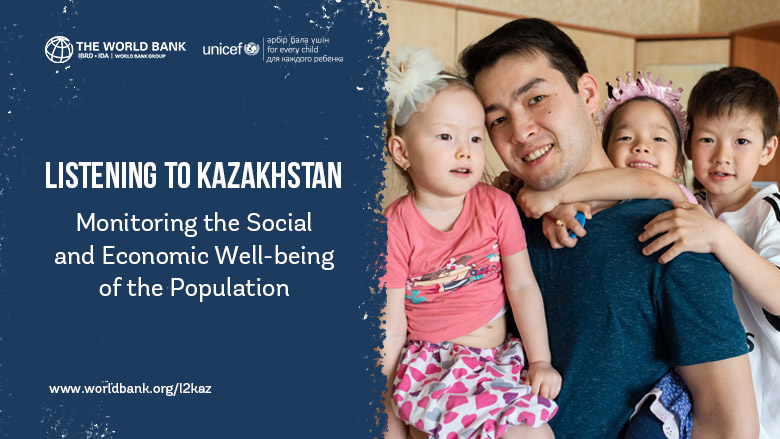 The report has been prepared by the Poverty and Equity Global Practice of the World Bank in collaboration with UNICEF, and NAC Analytica.

“Despite the result that about 23 percent of families in Kazakhstan classified themselves as poor in August 2022, two-thirds of the survey respondents remained optimistic about country’s long-term economic prospects, and a similar share said that they believe the country is on the right track with reforms,” reads the report.

William Seitz, the Senior Economist and Team Leader for the Poverty and Equity Global Practice of the World Bank in Central Asia said that it is encouraging that people who perceived government programs to be successful reported being more satisfied with their own lives and the direction of the country during the presentation of the report on Sept. 29.

“Social support that addresses challenges increases optimism about the government’s positive role and contributes to rising satisfaction across a range of wellbeing measures,” Seitz said.

Price increase is the most pressing economic issue (92 percent of respondents listing it among their most serious concerns in July 2022). Income or jobs and food insecurity were also named among the concerns.

“Views on the labor market were mixed in the second quarter, with slightly more respondents saying it was a good time to find a job or start a business than at the same time in 2021. But worries about job security and potential job losses edged higher, reaching 54 percent of respondents in June,” it is said.

The respondents expressed significant support for reforms in the country. This figure increased from 59 percent in February 2022 to 65 percent in April, led by young respondents (79 percent), residents in big cities (67 percent) and high-income households (66 percent). In June, the share of respondents satisfied with the government’s efforts to engage in dialogue with citizens fell below the 50 percent threshold.

It should be noted that the survey interviews and compares responses of the same respondents every month. The survey consisted of face-to-face baseline interviews followed by a monthly phone-based survey of households. The number of respondents numbered nearly 2,000 people per month.