ASTANA – A special office set up by Kazakhstan’s Union of Lawyers dubbed the office For Fair Elections continues its work across the country with the goal of fostering objective public opinion about the electoral process. 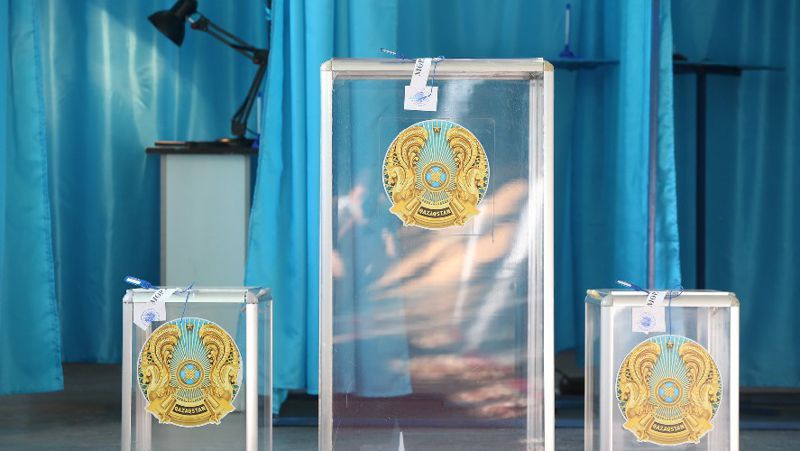 The union explained the decision to create the special office, set up on Sept. 27, saying that there is a need to provide information, methodological and advisory support to the electoral process based on free, open and fair procedures, political competition, and compliance with the law in the implementation of electoral technologies.

“A very important process is taking place in our country – the presidential election process. During this period, we, the Union of Lawyers of Kazakhstan, decided to create a headquarters to organize work to explain the constitutional law on presidential elections. The task is the same – to explain the provisions of the law. We are a public organization with our own opinions and principles. Our principle is to openly convey to our citizens the provisions that they should know. We are ready to answer all questions of citizens on constitutional law,” said the union’s chair Serik Akylbay.

The headquarters include lawyers, professors, and educators. Speaking about the key areas of their work, Akylbay noted that monitoring the course of the electoral campaign and legal support to its participants, directing lawyers to participate in the public debate on elections, preparing methodological materials on election procedures for observers, members of election commissions, and representatives of law enforcement agencies, providing a legal assessment of the electoral process and responding to the facts of violations of the law, are the key tasks of the organization.

“We are in the midst of a major political change in our country. For the first time in 30 years, we will have elections at such an inclusive level. The headquarters believes that it is necessary to assist the public of the country so that the elections would be free and open, aimed at the implementation of the principle of justice,” said member of the organization and doctor of law Indira Aubakirova.

As the headquarters expands its work to other regions, the office began its work in Almaty on Oct. 11. At a press briefing, the head of the office’s Almaty branch Bauyrzhan Makulbayev said that members of the headquarters and regional representatives are focused on strengthening interaction with the media, non-governmental and international organizations on monitoring efforts for the electoral campaign.

“These activities will in no way prioritize any candidate. We will conduct independent legal advice and provide legal assistance. We are ready to cooperate with all physical and legal community organizations. This movement was created to ensure that every citizen with active suffrage can fully know his or her rights and obligations and implement them in accordance with the Constitution of Kazakhstan,” said Makulbayev.

Almost one month is left before Kazakh citizens will head to the polls to vote for their next President. According to the recent constitutional amendments, an elected candidate will serve for a single seven-year term with no right for re-election.

While the country’s Central Election Commission continues to verify the compliance of proposed candidacies with the Constitution and electoral laws, campaigning is expected to begin on Oct. 21 and last through Nov. 18.