It has been approximately two months since Kazakhstan held a historic referendum on amendments to the country’s Constitution. That moment on June 5 marked the beginning of what the President of the country, Kassym-Jomart Tokayev, described as a New Fair Kazakhstan – a state that prioritizes democratization and economic development that benefits all citizens. Strengthening human rights was among the main priorities of the proposed reforms. And while the development of measures to strengthen human rights has accelerated this year, the foundation for this work was established several years ago when Tokayev was elected as President in 2019. 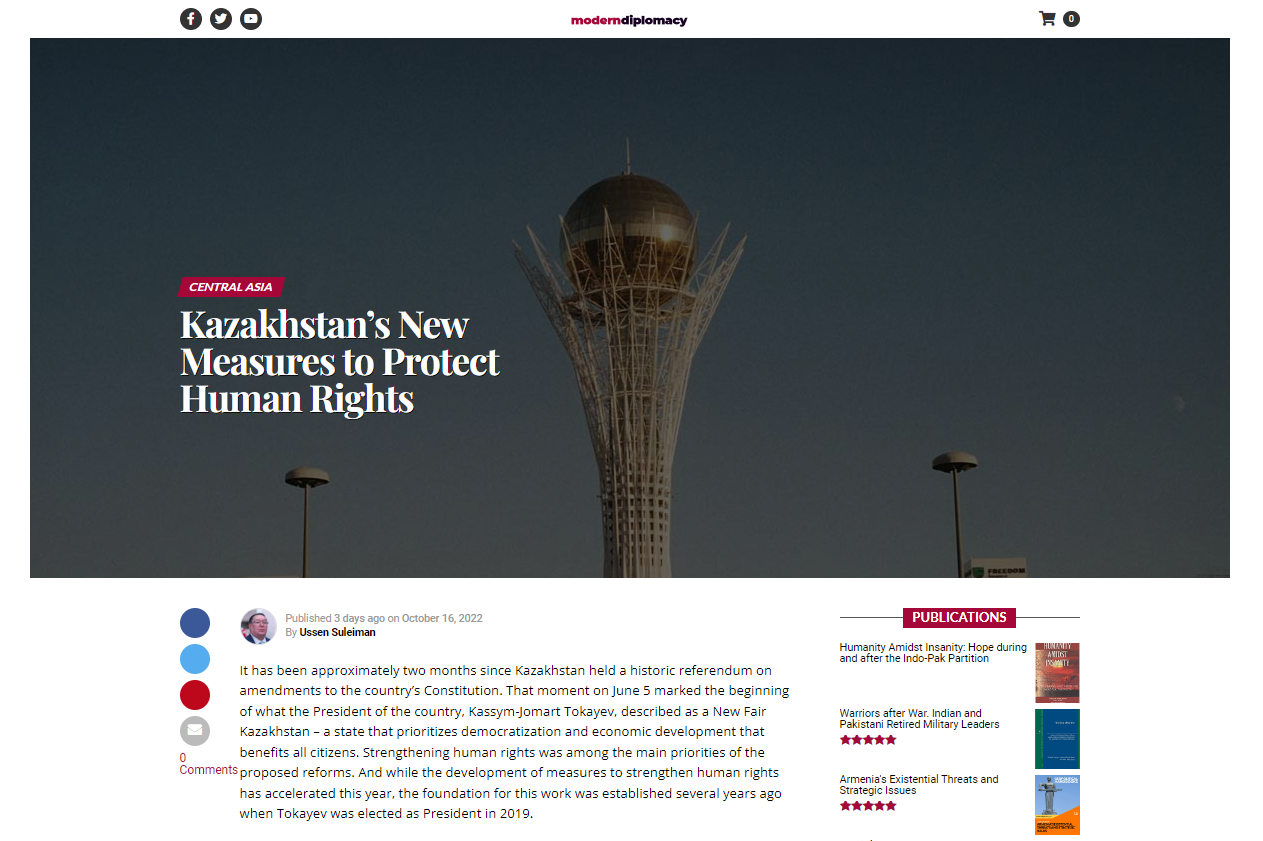 In September 2020, Tokayev emphasized the need to take new measures to protect human rights. To implement this on a practical level, a Decree “On further measures of Kazakhstan in the field of human rights” was adopted by the Government in June 2021. This document consists of 26 priority areas of human rights, including the elimination of discrimination against women, rights for citizens with disabilities, ensuring the rights of victims of human trafficking, rights in the field of criminal justice, enforcement and prevention of torture and ill-treatment, the right to freedom of association, the right to freedom of expression, the right to life and public order, increasing the effectiveness of interaction with non-governmental organizations (NGOs), as well as improving the mechanisms for engagement with UN treaty bodies and special procedures of the UN Human Rights Council.

So far, measures have been implemented under the supervision of the Ministry of Justice of Kazakhstan to cover 19 of the 26 areas of the plan. Since June 2021, 6 laws and 10 other regulatory legal acts have been adopted, as well as two draft laws. 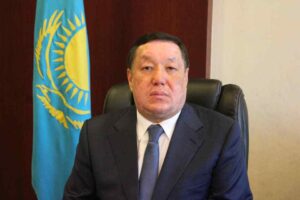 To further eliminate discrimination against women, legislation was passed in October 2021 to revoke the list of jobs where the use of women’s labor is limited. This will expand employment opportunities for women by ensuring their access to all jobs, including in the industry, transport, and construction sectors, which have become more women-friendly thanks to technological advancements, automation of production, and modernization of equipment. Essentially, this step ends the division of professions into male and female, which in turn eliminates gender discrimination in employment.

Expand rights of persons with disabilities

Unfortunately, the number of cases of abduction of children and women is increasing globally. For this reason, Kazakhstan felt it is imperative to take measures to prevent such cases in our country and to ensure support for victims of human trafficking. As such, legislation on improving the quality of life of persons with disabilities was drafted, which outlines the provision of special social services to foreigners who are victims of human trafficking. Furthermore, a joint order was signed by the Ministry of Internal Affairs, the Ministry of Education, the Ministry of Health, and the Ministry of Labour and Social Protection of Kazakhstan, which introduces amendments and additions to the criteria for assessing the presence of ill-treatment that led to social maladjustment and social deprivation, taking into account the provisions of the Istanbul Protocol and the UN Palermo Protocol.

Safety and medical support to prisoners

Training seminars have also been held for law enforcement personnel and representatives of other relevant organizations with the involvement of foreign experts from Interpol and the UN crime investigation units. These seminars were attended by international organizations, including the Coordinating Council of Prosecutor-Generals of the Commonwealth of Independent States, and the UN Office on Drugs and Crime for Central Asia. So far, 21 training seminars have been held this year for 631 law enforcement and government officials and representatives of NGOs.

Similarly, steps have been taken to enhance the rights of those who are imprisoned. Medical support for prisoners is being transferred from the Ministry of Internal Affairs to the Ministry of Health. Continuous video surveillance will also be introduced in penal institutions, police offices, and all operational and investigative units of law enforcement agencies. This measure will ensure the safety of prisoners and minimize offenses in these institutions.

Constitutional immunity to the HR Commissioner

It should also be noted that among the constitutional changes that are being implemented following the nationwide referendum in June 2022 that will improve human rights protections in Kazakhstan are amendments to strengthen the status of the human rights commissioner. The Commissioner (Ombudsperson) has been granted immunity from prosecution, and has become independent and not accountable to any state bodies and officials, and has the right to apply to the Constitutional Court, which is also being established as part of the constitutional amendments. The status and mandate of the commissioner for human rights have been enshrined in line with the December 2021 recommendations by the Venice Commission, an expert legal body of the Council of Europe.

Freedoms of Worship and Association

In order to improve legislation in the religious sphere and enhance the right to freedom of association, legislation was adopted in December 2021, which simplifies the procedure for registering religious associations. It is no longer necessary to request permission to hold religious events, it is enough to simply notify the relevant authorities. Furthermore, to simplify the work of NGOs, the timeframe for submitting tax reports by non-profit organizations has been amended from quarterly to half-annually.

Finally, to improve the mechanisms of engagement with treaty bodies and special procedures of the UN Human Rights Council, a mechanism for considering requests and considerations from human rights treaty bodies recognized by Kazakhstan were launched in February 2022. This mechanism will contribute to an objective and comprehensive resolution of the issues raised, which in turn will facilitate Kazakhstan’s fulfillment of its international obligations in the field of human rights and increase the level of engagement with international organizations.

Overall, the implementation of these measures and initiatives will further strengthen the protection of human rights in the country. New measures will continue to be developed with the involvement of domestic and international experts to cover other areas of the Plan of Priority Measures on Human Rights in order to further improve the legislative framework in this field.

The article was originally published in Modern Diplomacy.eu.

The author is Ussen Suleiman, the Ambassador-at-Large of the Ministry of Foreign Affairs of Kazakhstan and the Chairman of the Advisory and Consultative Body of the Kazakh MFA.