In 31 years of its independence, Kazakhstan has become a full-fledged and respected member of the international community. Positioned strategically between East and West, we have built good relations with all our neighbors and beyond. Our country, the ninth largest in the world and the size of Western Europe has transformed remarkably from its Soviet past and is now playing an important role in global trade and diplomacy. 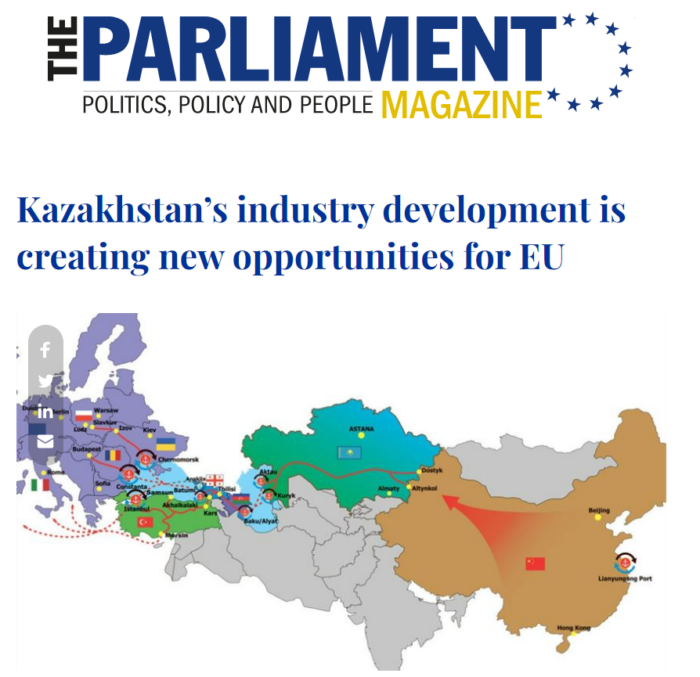 Our strong global position has acted as a solid foundation on which to build our economy and create prospects for domestic and international businesses. In particular, given the size and location of our country, ample opportunities exist in the field of international cargo transportation and the development, extraction, and processing of raw materials, including critical raw materials.

Kazakhstan is currently experiencing a new economic and political rebirth. Over the years of independence, Kazakhstan’s GDP has shown a 17-fold growth. Today, Kazakhstan’s economy is larger than the economies of the other four Central Asian countries combined. Our country accounts for almost 60 percent of trade turnover in Central Asia. International reserves of our country stand at 90 billion dollars and are the highest per capita reserves in the Commonwealth of Independent States. 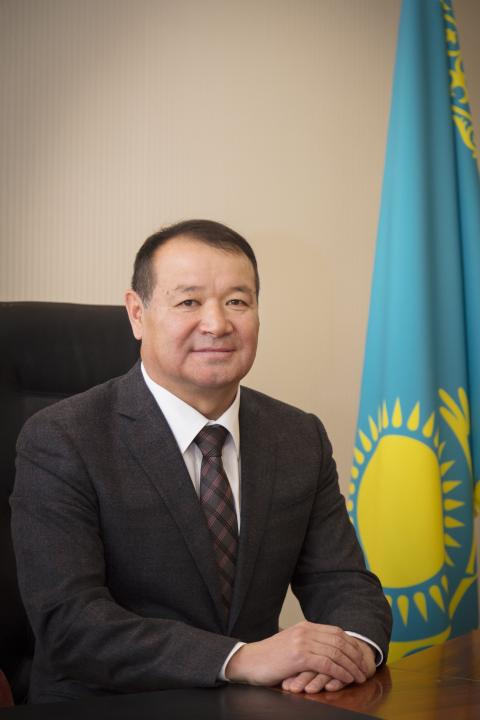 Despite these successes, we are not standing still. Our government is implementing measures to increase the competitiveness of our economy by limiting state intervention, while also continuing to diversify and de-monopolize our economy.

Supporting and promoting small and medium-sized entrepreneurship is also a key priority. We hope to increase the share of SMEs in GDP up to 40 percent by 2030.

These measures are ensuring that Kazakhstan remains the number one investment destination in its region. International investors have injected more than 380 billion US dollars in the country’s economy since our independence. This accounts for 70 percent of the total investment inflow to the Central Asian region. Yet remaining a top investment destination requires constant work, which is why we continue to strengthen Kazakhstan’s industry and simplify investment procedures and policy.

For example, in my capacity as Minister for Industry and Infrastructure Development, I have set the task to develop the transport and logistics potential and the mid- and high-value-added industries.

We identified 23 key metallurgical projects for the production of medium and high-value-added goods, including aluminum radiators, wire rods, car parts, batteries, food cans, and other products. Significantly, over 150 projects are being launched this year, including the production of polypropylene, mineral fertilizers, aluminum containers and packaging, car and truck tires, and aluminum and bimetallic heating radiators. These projects are aimed at import substitution and eventual export. Further down the line, we are planning to launch more than 500 projects in 2023-2024, and 117 projects in 2025-2026.

To ensure that we provide the best conditions for investors, 13 free economic zones are currently operating in Kazakhstan, which is represented in almost all regions of the country. They offer exemption from tax liabilities, exemption from customs duties, possibility to attract foreign labor without restrictions, among many other incentives for investors.

In addition to developing industry and investment attractiveness, Kazakhstan’s government is also taking steps to improve the transit of Western and Eastern goods through Kazakhstan and expand freight transportation channels from Kazakhstan to Europe and Southeast Asia. This issue is particularly relevant today given the geopolitical tensions in the world and the negative consequences they are having on trade routes and supply chains.

For instance, more cargo will be delivered through the Trans-Caspian International Transport Route (TITR), and the Transport Corridor Europe Caucasus Asia (TRACECA). TITR can help deliver goods via the Caspian Sea to Baku in Azerbaijan, Georgia, and Turkey, then further into Europe. This joint venture can become an important route for the markets of the European Union and can contribute to stabilizing global energy and food security.

By transiting through Kazakhstan and further down the TITR, goods reach the EU market almost half the time they would take through maritime trade routes. Ultimately, this joint initiative can provide high-quality intermodal transport and logistics services, harmonize cross-border rates, and introduce a unified IT platform to fully automate cargo transport services from China to Turkey and the Black Sea ports.

In addition to this major project, we are modernizing infrastructure at border crossing points, and reconstructing motorways that link major population and production centers in the West of the country with the cities in the East. Work is also in full swing on a project to develop the Kuryk port and launch a container hub at our city of Aktau by 2025 (a free economic zone). Both are located on the Caspian Sea.

So far, we have successfully expanded the Aktau port and constructed a ferry complex in the Kuryk port, thus ensuring smooth and swift cargo transportation to all the ports of the Caspian Sea countries and along the North-South, and TITR international routes. The throughput capacity of the ports of Aktau and Kuryk now exceeds 21 million tonnes of cargo per year.

Finally, a multifunctional sea terminal Sarja is being constructed in the port of Kuryk and will be completed by 2025. The project involves building grain and universal terminals, liquid cargo, and general cargo terminals, as well as a transport and logistics center.

Overall, the path chosen by Kazakhstan to significantly enhance its investment and economic policy, improve its investment attractiveness and develop key industry sectors is creating ample opportunities for cooperation with the European Union.

The EU is Kazakhstan’s largest trade partner and investor. There are more than 4,000 companies with European participation operating in Kazakhstan. This serves as a robust foundation on which to develop our economic and trade ties further. Given the challenging geopolitical and economic situation in the world, such cooperation would be of significant benefit to both sides.

The article was originally published in The Parliament Magazine.

The author is Kairbek Uskenbayev, Kazakh Minister for Industry and Infrastructure Development.