Kazakhstan Ranks 65th Among 140 Countries in Rule of Law Index

By Staff Report in International on 27 October 2022

ASTANA – Kazakhstan ranks 65th out of 140 countries worldwide in the latest Rule of Law Index 2022 published by the U.S. non-governmental World Justice Project (WJP) on Oct. 26. Last year, Kazakhstan was in the 66th spot. 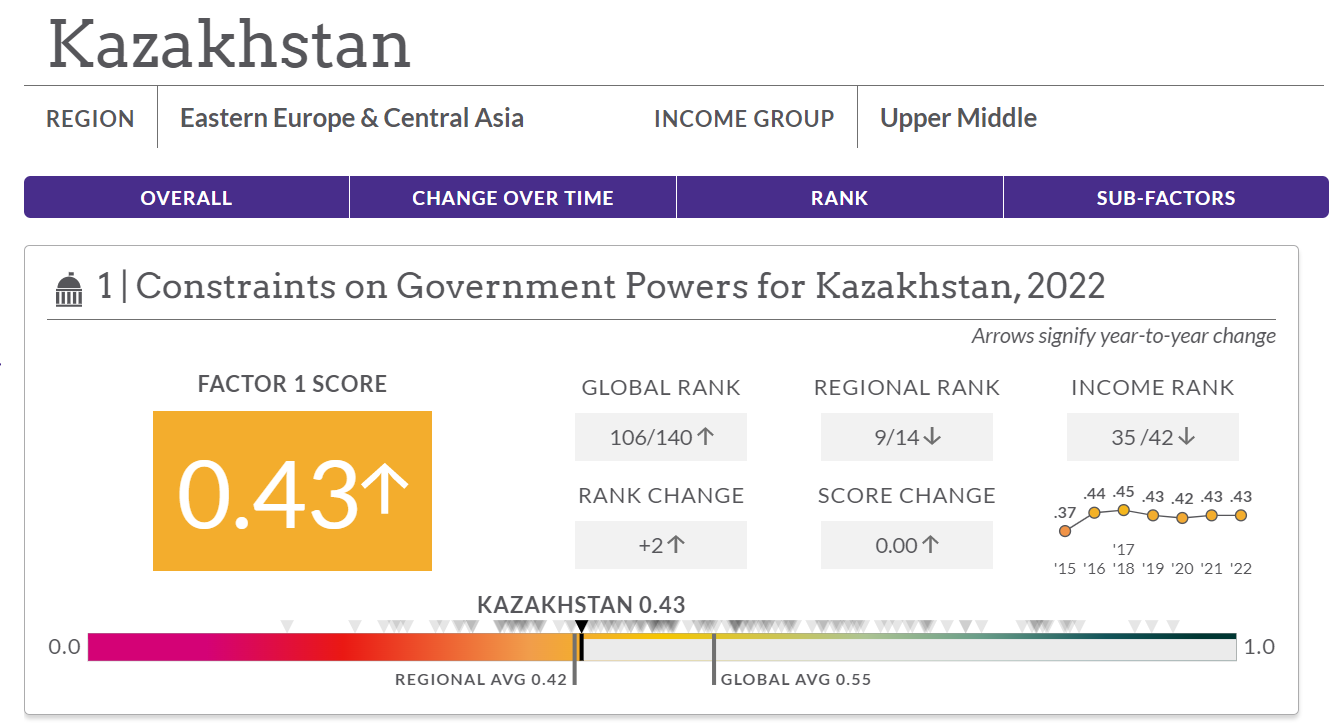 Since 2009, the World Justice Project has been measuring the development of the rule of law around the globe. The researchers base their findings on eight factors: constraints on government powers, absence of corruption, open government, fundamental rights, order and security, regulatory enforcement, and civil and criminal justice.